Kids these days with their fancy smart homes, their smartphone-controlled lights, Bluetooth-connected door locks, and their mind-reading kettles. Back in the day, people manually flipped switches, turned keys, and pressed buttons. Appliances didn't control themselves, and that was a-okay. But sprinklers, yes, those should be automated, and using your smartphone to monitor them just makes plain sense! Tell me more about Rachio's newfangled Iro smart sprinkler controller.

Okay, not all homeowners are grumpy old men (get off my lawn!), so I'll drop the impression and just tell you what Rachio's smart sprinkler controller can do. Iro takes the place of your existing sprinkler controller, where it picks up the ability to control the flow of water to your yard, opening and closing valves as necessary. It promises to use use less water than your old unit, as it is smart enough to follow the seasons and adapt. It should conserve water by knowing when it's time to spray and when to give it a rest 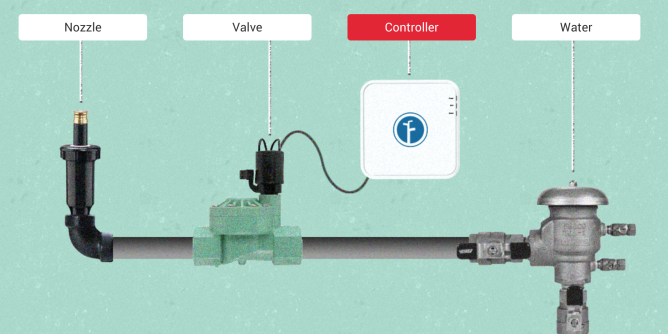 After Iro's installed, you can connect it to your Android device in order to monitor your home sprinkler system's behavior and issue commands. The latter should become less necessary as the device learns more about you and your lawn. The app's already up in the Play Store, and screenshots reveal the ability to monitor multiple zones of your landscape, see how much time is remaining on each cycle, and stop everything on command. It offers a flat, clean UI that doesn't appear to offer much in the way of distractions. 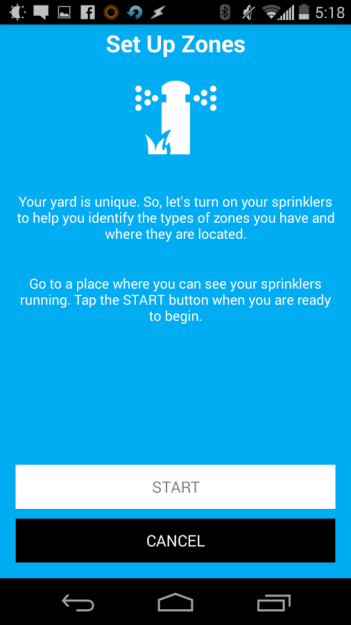 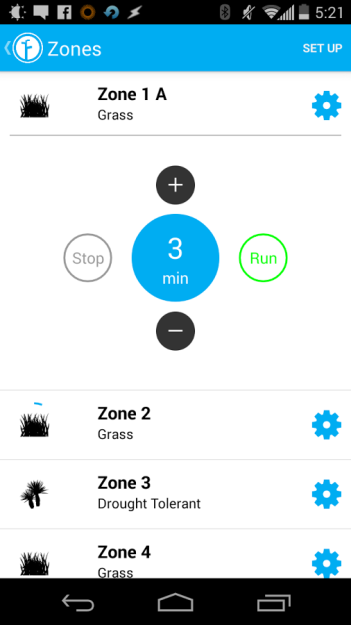 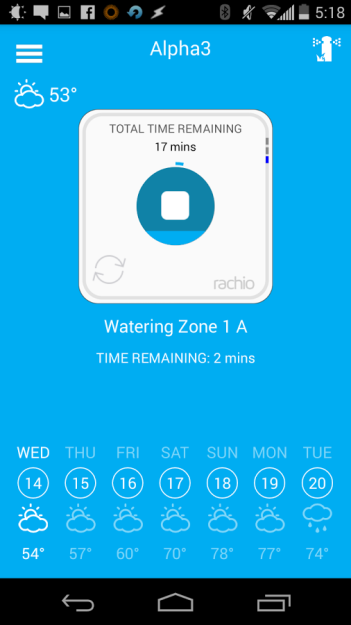 If it isn't obvious, Iro isn't for everyone. First you need to own a home, and then you need to have a sprinkler system already in place. After that, you're looking at dropping $249.99 for the unit. If you're interested in picking one up, Rachio's willing to sell you one from their site, but they're also offering them at Home Depot for the same price. DENVER – June 04, 2014 – Rachio is excited to announce the launch of Iro Smart Sprinkler Controller at 990 Home Depot locations across the country. The Wi-Fi connected Iro acts as the brain of a landscape irrigation system, automatically adjusting to weather conditions and seasonality to use as little water as possible, while maintaining beautiful lawn.

The iOS and Android app powered Iro creates a watering schedule based on location, taking into account regional characteristics and restrictions. This includes adjusting watering patterns to best meet the needs of various soil types and adapting to unpredictable weather.

Iro’s ability to learn and automatically adjust to its environment helps address the country’s growing outdoor water waste issue. The Environmental Protection Agency (EPA) estimates 50% of the 7.8 billion gallons of water used daily for landscape irrigation is wasted. With Iro users can reduce their impact and track usage over time.

“Iro is the ultimate marriage of conservationism and convenience,” said Chris Klein CEO and Co-founder of Rachio. “Our smart sprinkler controller takes the hard work out of maintaining your yard so you can get back to enjoying it with the peace of mind you’re limiting water waste.”

Once attached users can hold their Smartphone up to a sensor on the Iro and it will connect to their home wireless network. The app will then lead the user through a simple zone setup process that will create a localized watering schedule. The free Rachio app is available for download at Apple’s App Store and from Google Play.

The Iro Smart Sprinkler Controller is available immediately at www.rach.io and Home Depot stores for $249.

YouTube v5.7 For Android Finally Lets You Select Exact Streaming Quality, As Long As It's 720p ...

Hangouts Breaks Up With Google+