Holy crap, that was fast. According to a flood of tips we just received, at least some owners of Google Play Edition devices are now seeing updates to over-the-air Android 4.4.3. The latest incremental update to KitKat was just published yesterday - some Nexus devices don't even have it. At the time of writing (Tuesday afternoon US) we've been told that the Google Play Editions of the HTC One M7 (2013 model) and the Galaxy S4 are receiving over-the-air updates. 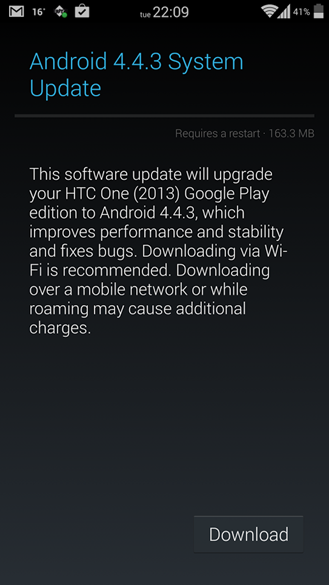 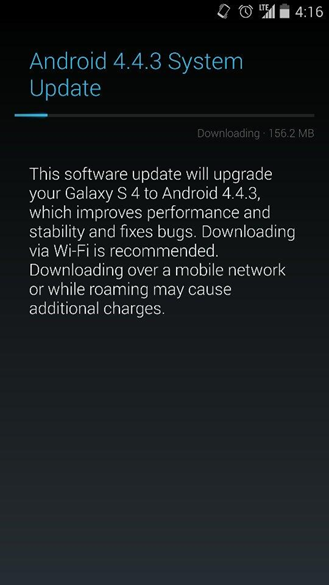 In addition, the Android 4.4.3 open source kernel files for the HTC One M7 and One M8 GPE devices have been published on HTCDev. That indicates that the 4.4.3 update for the One M8 Google Play Edition is ready, and will probably be going out very soon. We haven't heard anything from owners of the other Google Play Edition devices, all of which should be getting 4.4.3 eventually: the Sony Z Ultra, the Moto G, and the LG G Pad 8.3.

Check your notification bars, folks. If you own one of the devices above and you see the update, drop us a line in the comments (or over in tips) to let us know. We'll update this post with any additional devices. 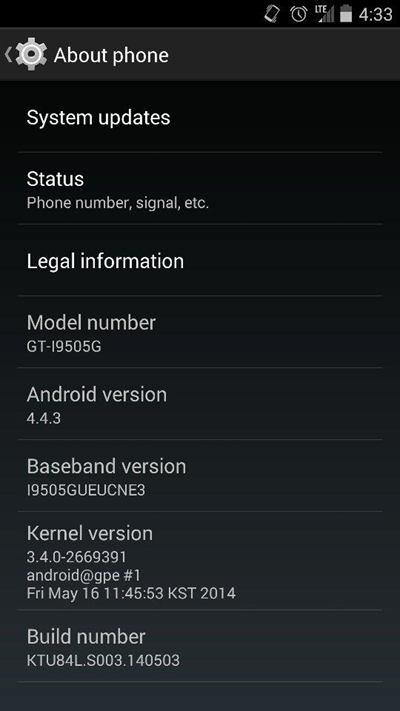 Update: The HTC One M8 and the Sony Z Ultra Google Play Editions are being updated as well. 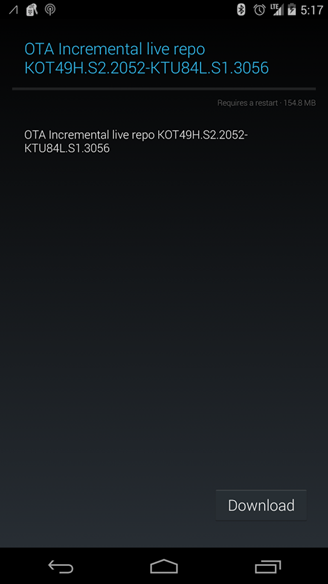 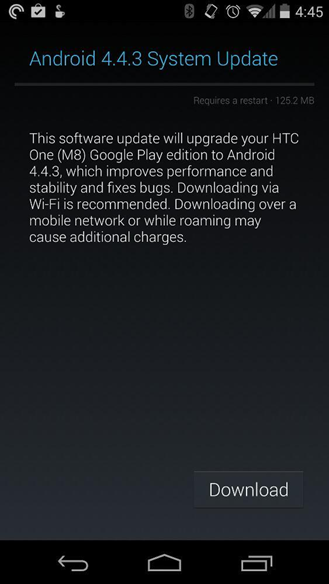