When a catchy song pops up on the radio, during a television commercial, or over the speakers of a general department store, and you don't know who is singing, it's time to whip out Shazam. Now if you live in the US and take the time to Shazam a song - allow your phone to listen to and figure out what is playing - it will reward you with $1.29 in Amazon MP3 credit. This is enough money to turn around and download the song in question. 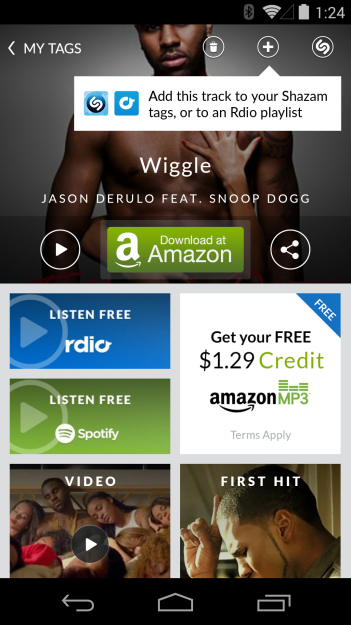 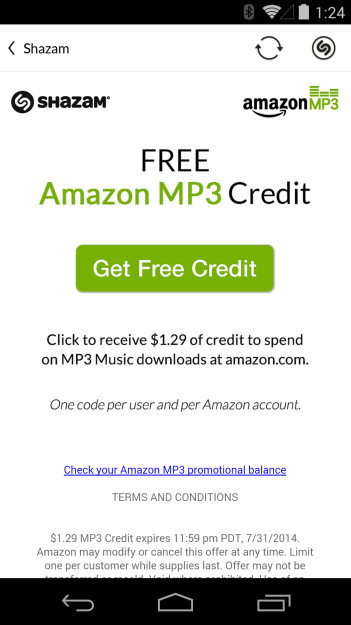 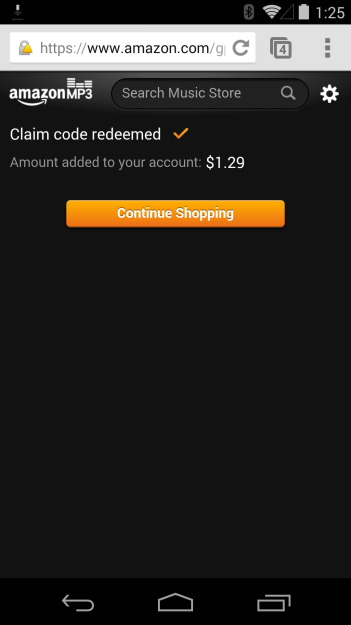 The process is pretty straightforward, and it shouldn't take much effort to walk away with your free $1.29. I know, it's not much money, but didn't I just say it doesn't cost you much time or effort?

Here's what you need to do:

The process will only work once per account, and the credit will expire at the end of July 31st.