The Moto G has been a big seller for Motorola, and the device has seen pretty much universal praise from owners. However, the international version of the device (as well as the Moto X and Moto E) has an odd interface quirk that's driving some users up a wall. The carrier name sits on the left side of the status bar all the time, essentially making the notification area useless for anyone whose carrier has a name longer than a few characters. To make matters worse, Motorola is using the old, "functions as intended" excuse. Update: Motorola will fix the issue in Android 4.4.3, according to VP Punit Soni.

Oh, I see I have some unknown number of notifications. Thanks.

Owners have been reporting this as a bug since the device came out, but Moto has apparently been unwilling to do anything about it. Some countries apparently have requirements that the carrier name be visible on the screen in some manner, but no other devices (that we're aware of) do it in this way. It really breaks the notification experience because some carriers have such long identifiers that barely a single icon can show in the status bar (as above). The last word from Motorola was that the legal requirement would have to be explored further, but engineering resources were tight. In short: don't hold your breath. In the meantime, there are Xposed mods and other tools for rooted users to reclaim the notification area, but come on.

Even this alleged legal requirement doesn't wash for me as the Moto devices are unique in their implementation. While all three phones seem to do this internationally, the prevalence of the Moto G has made those complaints the loudest. The persistent carrier ID in the notification shade seems to be more than sufficient for everyone else. Someone at Motorola needs to take a closer look, because this seems incredibly broken.

You may be thinking, don't other carriers do this too? Sometimes, and in a more limited, sane fashion. AT&T devices often have the network name up there, but it goes away when any notifications come in (see below for an example on the Note 3). This is the right way to do it, if you absolutely must put something in the status bar. That left side is supposed to be for notification icons, not for a persistent carrier ID that wrecks the UX. 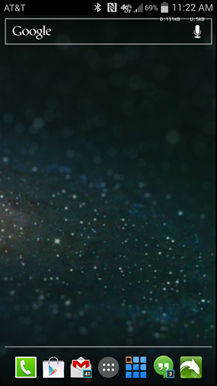 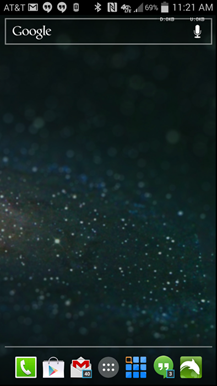 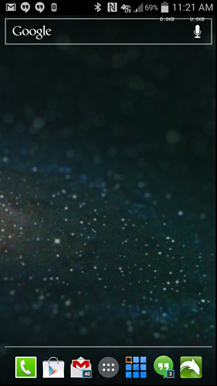 Yes, I'm actually using AT&T as an example of a better way to do things. Motorola, why do you hurt me like this? Again, considering many other devices don't have carrier IDs in the status bar at all, the standard notification shade ID should be fine.