You didn't think you'd get through an update Wednesday without a new Google app APK, did you? Hangouts is getting a version bump today from 2.1.100 to 2.1.223. Despite the small version number change, there are a few new things of note going on. 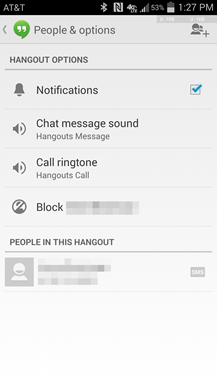 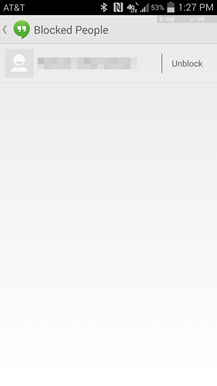 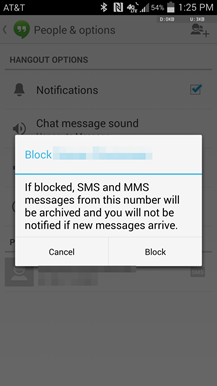 Note, SMS blocking isn't new, but the block list itself is. This makes it easier to see who you've got blocked and unblock them if you patch things up. The custom notification tones for individual contacts is definitely nice to see. It was a long overdue improvement that many third-party apps already have. 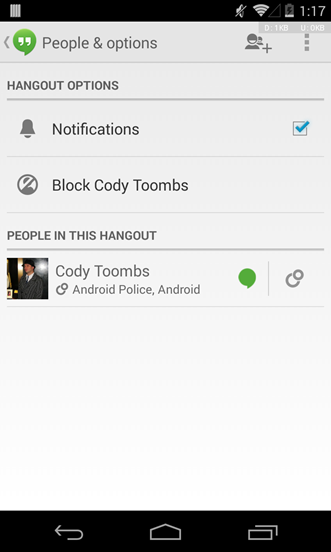 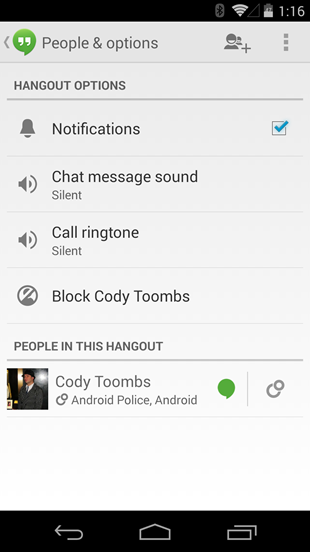 The keyboard toggle button can be a little tricky. It's used to jump between a regular layout and the number pad. It's useful, but it might be confusing if you get stuck in the numpad and don't know the button is there. As for the hidden contact list, that's where you can find contacts that you've hidden from your main conversation list. Simply long-press on a Hangout contact (not phone contact) and select "Hide contact." That person won't appear in your list, but instead shows up in the hidden menu if you want to restore them later. 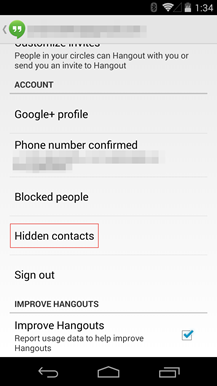 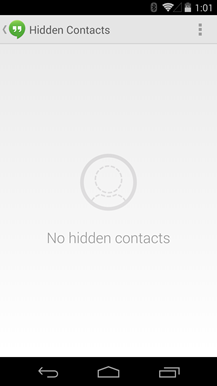 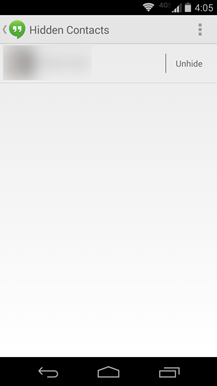 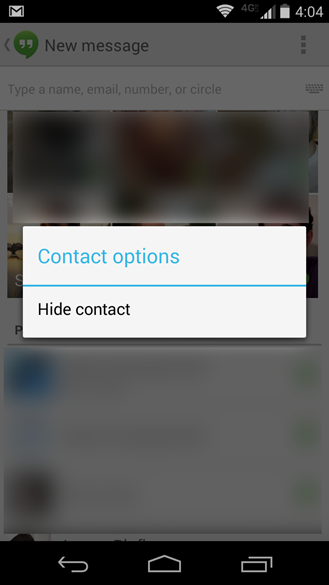 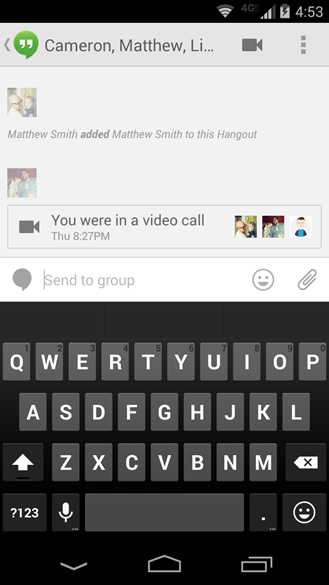