Ever since the unexpected delay between XE12 and XE16, the Glass team has been in a near rapid-fire mode with the OTAs. There were a staggering 5 updates of XE16 in the month of April (6 if you count the 2-parter with XE 12.1) and 3 official versions of XE17 during the month of May. As it turns out, there may be a fourth, unreleased May update to Google's experimental wearable. Late last night, XDA Recognized Contributor TheManii posted a link to an update for XE17.3, provided to him by psymin. While there aren't many obvious changes, there's one very big one: "Notification Glance" is public!!! 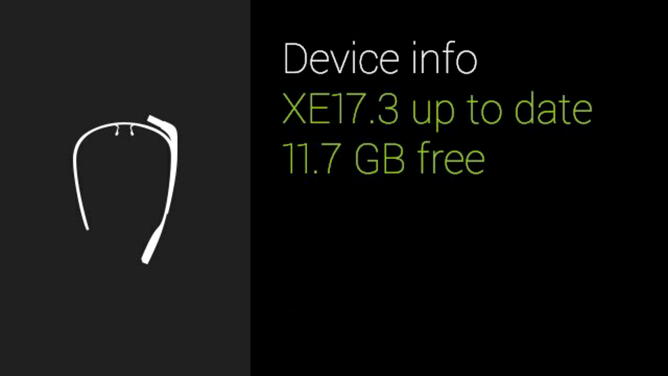 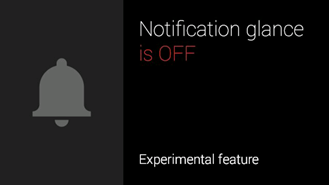 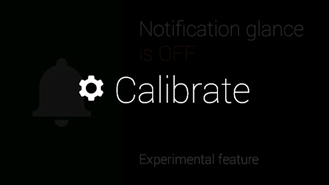 Despite being clearly labeled as an experimental feature, it seems to be incredibly accurate. In my short time testing it, I've yet to see any false positives or failures to detect a glance. It gives me hope that this will expand beyond responding only to notifications in the future.

Disclaimer: Android Police isn't responsible for any harm to your device - proceed at your own risk. Remember, this is an unannounced update that hasn't been officially distributed, therefore, it may suffer from unanticipated issues or interfere with future OTAs.

If you've got Glass, you might be excited to experiment with this on your own. XE17.3 is only available as a signed OTA (so far), so it has to be installed manually. Start by downloading the zip file from here (MD5: 9a361a254a234b52a006d838bcab01b1). If you've installed a custom recovery, feel free to copy the file onto Glass and flash it normally. If you're running stock, you'll have to use adb.

The update takes about 7 minutes, perhaps a bit longer, and most of that time was spent uncomfortably staring at a "Patching system files..." message that gives no indication that anything is happening. Do not press any buttons on Glass or interfere with it in any way. The side of the device will probably get fairly warm, and that's normal, just don't leave it somewhere that the heat can't dissipate.

Once the update is finished installing, you can optionally wipe the cache, and then reboot. After the normal boot animation is finished, you'll see a screen informing you that Glass is updating, which also takes a few minutes. Your timeline will appear shortly afterward, and you're ready to go.

Update: Alternatively, you can pull the factory image from here and install it with the instructions from the Glass developer site. - Thanks hedsick

Since the version number for this update was obviously intended for a May distribution, we can probably assume that it will either be renamed to XE18 in the coming days or weeks, and there may be a few more bug fixes or features on the way. Whatever the case, it's exciting to see this glance detection coming to Glass!

Update 2: And it looks like the Glass team pulled the trigger. The factory image has been posted on the Glass Developers website and people are starting to receive XE17.3. - Thanks, Keith I Myers