RoboForm is a popular password manager and form-filling service on the desktop, but its Android edition has felt a little behind the times as of late. That changes with the 4.05 update, which adds the ability to fill in tedious form info on any app on your phone or tablet. It's especially useful since the (paid) RoboForm Everywhere feature will sync all your information with the extension on your computer. No more hastily trying to remember the password for the HBO Go account you "borrowed." 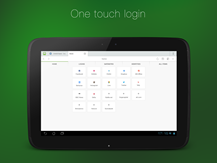 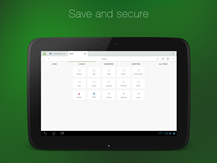 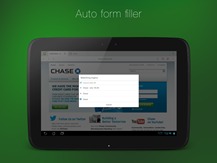 Previously, RoboForm needed its own rather clunky browser to fill in all the relevant information, which is obviously not an ideal solution. Now it runs as a background accessibility service (which you'll need to enable) to work across most, if not all, Android apps. Neat. RoboForm works natively with the mobile version of Firefox and Dolphin, if you install the relevant extension.

Other small additions in 4.05 include the ability to switch between the standard light theme or a new dark one, a file browser/uploader for the integrated RoboForm web browser (though I don't know why you would want to use it now), and a few other changes. RoboForm will run on its own on your Android device, but to sync the data with your desktop or other devices, you'll need RoboForm Everywhere starting at ten bucks a year. Update 1.1 Rolling Out Now To The Fuhu DreamTab, Brings A Slew Of New Features And A Few Bug Fixes

[Deal Alert] Motorola's Two-Day "Save Because It's Summer" Promotion Is Live – Get A 32GB Moto ...