The folks over at TeslaCoil have been hard at work. Just a week or so after testing a ton of small but significant changes in the 3.0 beta release of the popular Nova Launcher, they've expanded them to the full Play Store version. Check out our breakdown of some of the more significant additions for more details. But there's one more trick up its sleeve for the general release: the "OK Google" hotword. 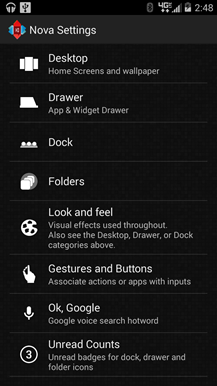 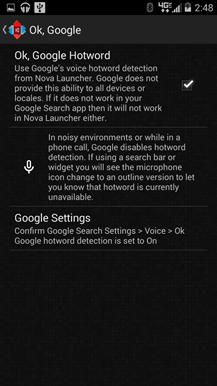 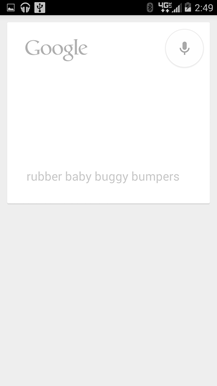 This is the same functionality that's been in the Google Search app for a while, and Google added it to the new Google Experience Launcher for the release of the Nexus 5. With the hotword enabled, you only need to say "OK Google" while the launcher is up to start Google Search, which will immediately start listening for a voice search query. It's only a couple of steps down from talking to the computer on the Enterprise.

Unfortunately, support isn't universal - you'll need a Jelly Bean 4.1 device or higher to start with, and not all Android hardware supports low-power active listening. The Nexus 5 and other phones and tablets with Snapdragon 800 series processors should be able to do it, as well as other recent Qualcomm-based hardware, though we've found some strange exceptions. As a general rule, if your phone can use "OK Google" on GEL or Google Search, it can now use it in Nova as well.

Other small changes since the beta include some small bugs in homescreen and icon positioning. Nova Launcher is a free download, but some advanced features like settings backup and restore require the $4 Nova Launcher Prime upgrade app.

[Oh My God Becky] The Moto 360 Looks Enormous In This 'Android Wear Design Story' Post You ...