Android 4.4.3 is mostly a bug fix update, but for some reason, Google also opted to include an updated version of the official Google dialer this time. We saw this leak a few times before, and indeed, it's looking pretty much like we expected it to. Let's take a look at how it differs from the old version. Some functions have moved around and it's a lot more blue.

The main screen in the dialer was, and still is, your favorite contacts as well as the most recent call up at the top. From the comparison below you can see the layout of the favorite contacts has been tweaked quite a bit. Each one is a larger card with its own overflow button which triggers the full contact card UI. Additionally, you can long-press on each card and drag it around to rearrange the list. You'll also notice the bottom action bar is blue instead of white. 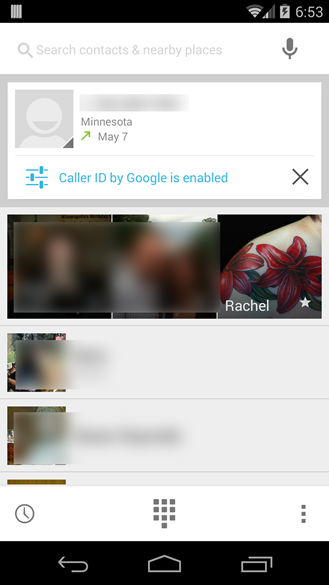 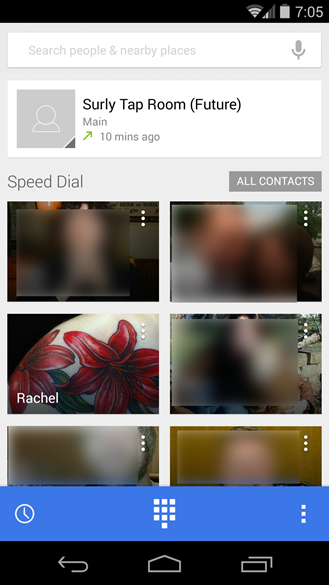 If you smack that dialer button, the UI that pops up seems like a vast improvement. In the old app, the black/blue number pad would slide up and cover most of the screen, but the contact list was still behind it. The whole interface just looked messy, but now you go to a full screen dialer that's mostly white with blue accents. You can still start entering a number or spelling out a name T9-style here. 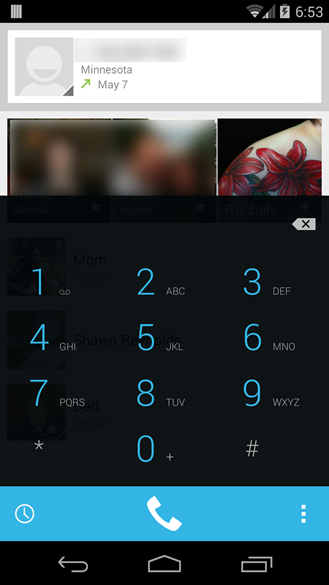 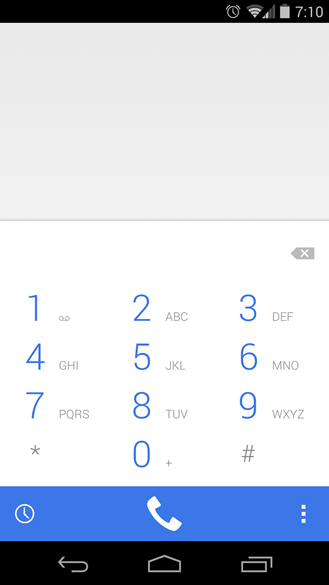 The call history button is still in the same place on the action bar, but the UI for this screen is slightly tweaked. The blue UI is carried through here and button on the far right of each line opens the call details instead of places the call. You can tap anywhere else on the line for that. 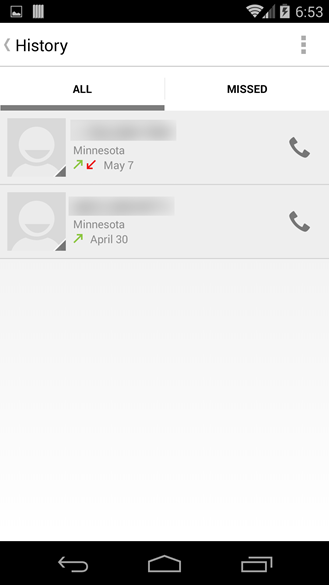 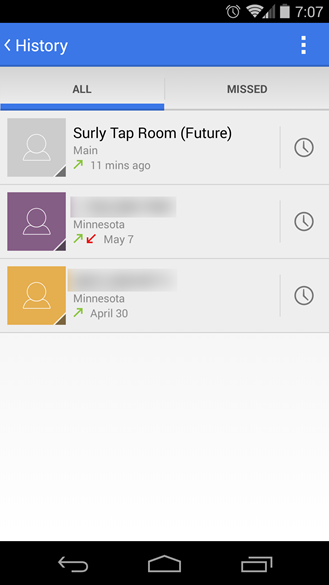 The search bar up top works mostly the same, but the icons are definitely a bit more stylish. The full contact list also has letter cards instead of the blank thumbnails from before – sort of like Gmail. Here are a few more pics of the new app. 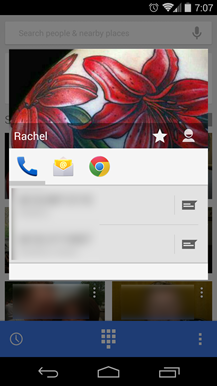 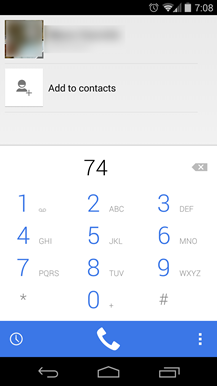 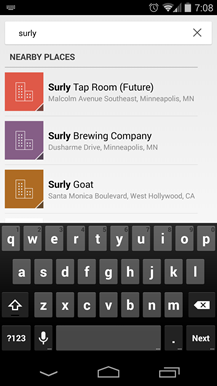 Note: If your Phone icon disappears, use this workaround or uninstall this update. We don't really know why this happens at the moment, but don't worry - you can always get your dialer back no matter what.

PSA: Android 4.4.3 Does Not Cripple Writing To /system For Root Users

HTC Shows Off The One E8, A Colorful Alternative To The One M8 With A Single Rear Camera And ...