The Moto E is Motorola's bid to dominate the low-end and developing markets, but that doesn't mean it's not worthy of attention from developers. As always with new Android phones, Motorola has posted the kernel source code for developers (and anyone else who wants to mess with it) at their official GitHub page. 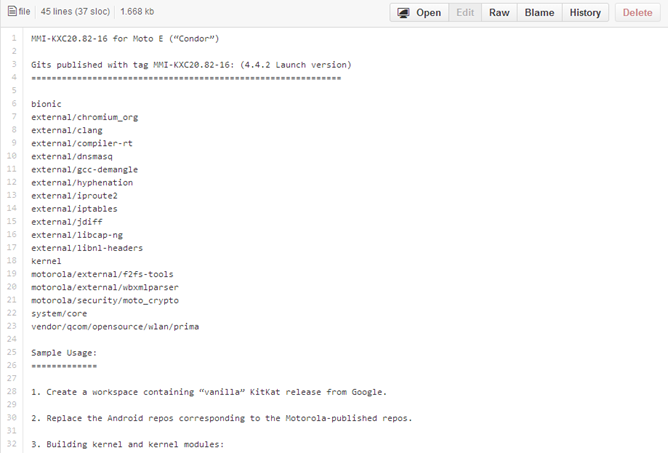 The company also posted the updated source code for the RAZR M and RAZR HD (the international GSM variants of the Verizon-exclusive DROID RAZR M and DROID RAZR HD). Non-flagship phones tend to get a bit of a tepid response from the aftermarket community, but the Moto E is so far-reaching and so much better than its alternatives at the price point. It's already getting a surprising amount of attention over at the XDA-Developers forum. Now those crazy kids should be able to make fully-customized ROMs and customized kernels much more easily.

Developers, you know what to do: hit the source link for your code. The Moto E is still in pre-order for the United States, and is expected to ship out in early June.

[New App] NVIDIA Posts An App For The FaceWorks Tegra K1 Demo, Despite A Complete Lack Of K1 ...