You might remember the Oppo N1 as the first official CyanogenMod phone, which was quickly eclipsed by the OnePlus One. It was a very big phone (physically, not popularity-wise), but now the Chinese OEM is announcing a smaller version called, you guessed it, the N1 Mini. The thing is, the mini version of the N1 still has a 5-inch screen.

The original N1 rocked a 5.9-inch LCD, so this one is definitely smaller. It's also lighter at 150g vs. 213g. I don't know about calling this "mini," but whatever. Carried over from the big N1, the N1 Mini will have a rotating 13MP camera for the best selfies you've ever seen. The battery has been scaled down from 3610mAh to a mere 2140mAh. That might be fine, but we'll have to wait and see what processor Oppo is using. This, and several other features are still unknown. The battery might also be drained faster by the new LTE support, with the regular N1 lacked. 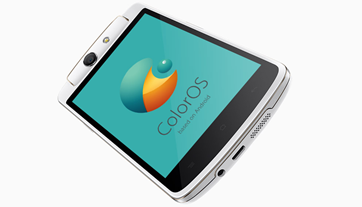 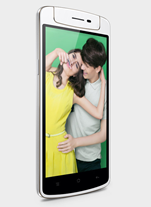 The Oppo N1 Mini will be launched on June 11th in China (running the ColorOS version of Android) for an undisclosed price. If you just can't live without a swivel camera, cross your fingers and hope the N1 Mini gets an international release. Motorola Mobility Takes Down The Moto X's 'Made In America' Sign, Closes Factory In Texas