The reason is simple, the Moto X simply did not sell enough units for Motorola to achieve economies of scale. The company was able to move 900,000 units in the first quarter following its release, which didn't quite match the millions its competitors were able to move. This is understandable considering that while the Moto X was a well-designed device with several notable features, it shipped with components that did not match the power found in similarly priced $600 phones.

Motorola heavily pushed the fact that its handset was "Assembled in the USA" in the months leading up to its launch, combining that with Moto Maker's customization tools to attract attention. Eyes were on it, but unfortunately that doesn't always translate to sales. 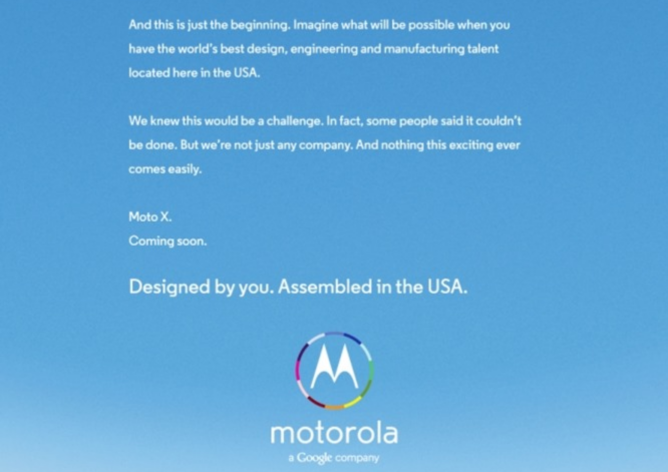 This is sad news, especially considering that the factory currently employs around 700 workers. This was sort of an experiment from the beginning, but that does nothing to soften the blow. Going forward, the company will continue to develop the Moto X in Brazil and China, where the costs for labor and shipping aren't as high.