In addition to substantial updates to the Android Device Manager and Chrome Beta yesterday, Google Maps is getting an adjustment as well. The new version (8.1) revives the Terrain Mode view, which lets you easily see the various elevation changes in surrounding hills, mountains, and valleys. (Terrain Mode was removed in Maps 7, for some reason.) There are also a few user interface changes to the various navigation screens. It's a small update compared with the the full 8.0 bump from earlier this month, but there are still some useful additions.

The return of Terrain Mode is the biggest plus in the updated version. It should be especially helpful for hikers, climbers, and mountain bikers, showing the relative difficulty of routes and trails. While it isn't quite as flexible as the full 3D view in Google Earth (which, incidentally, hasn't seen an update in half a year) it should be considerably more accurate. 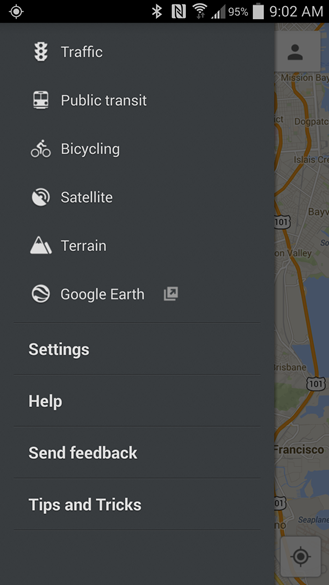 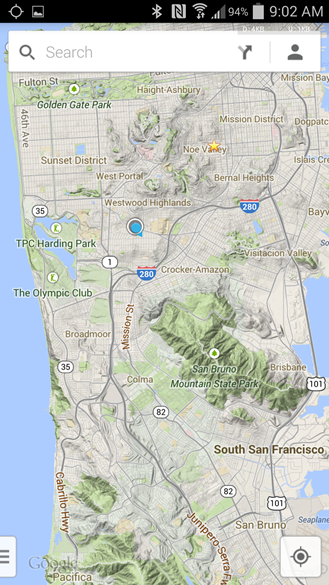 The interface for the navigation selection screen has been altered. Map previews for the first presented route have been added to the biking and walking views, just as they appear in the driving view. Extra icons for the navigation mode are now on each card, presumably to remind you of which method you're using. The total time and mileage have been shrunken and right-justified, giving more emphasis to the route on the left. 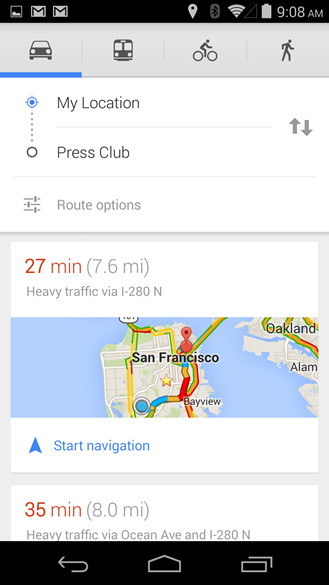 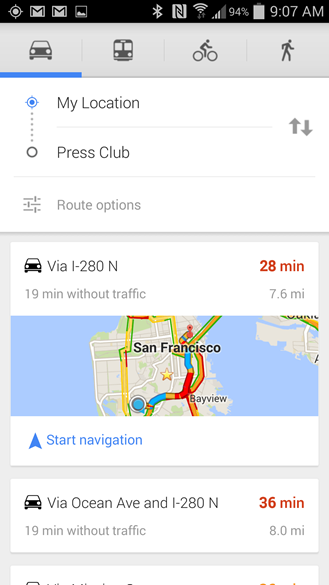 Public transit directions now show the total time in bold, and additional time spent walking has been added at the bottom, in case you want the shortest route spent using your puny human legs. Fares and ticket costs are in there as well, now on the left. Additional text to let you know how often a train leaves has been added, so you know whether you need to hot-foot it or take it at a leisurely pace. 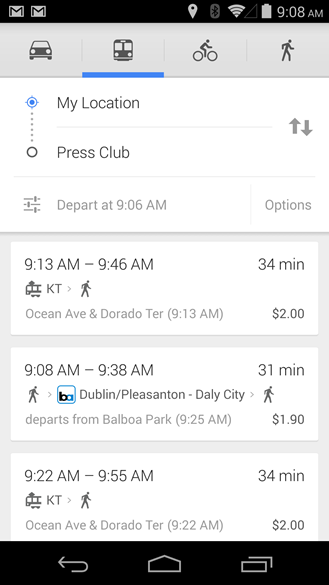 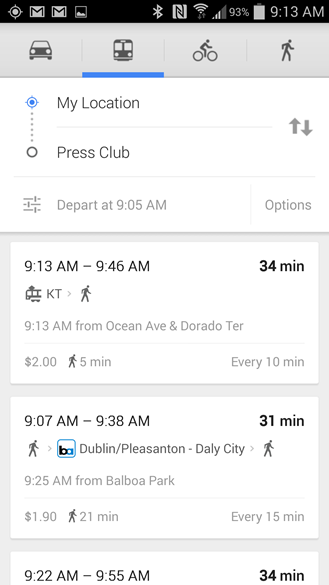 The biking and pedestrian views are now basically identical to the car navigation view, complete with mini-maps and a quick "Start navigation" button on the first result. Note that total transit time and route are now on the right. The result cards themselves are larger, giving more focus to what Google thinks is the ideal selection. 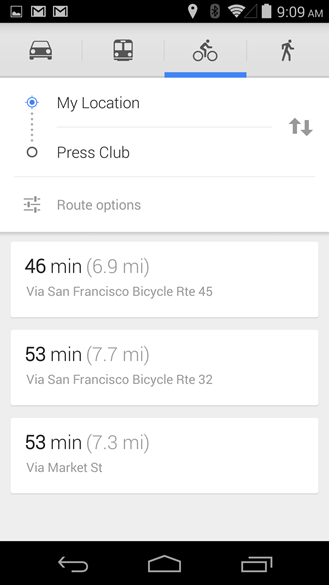 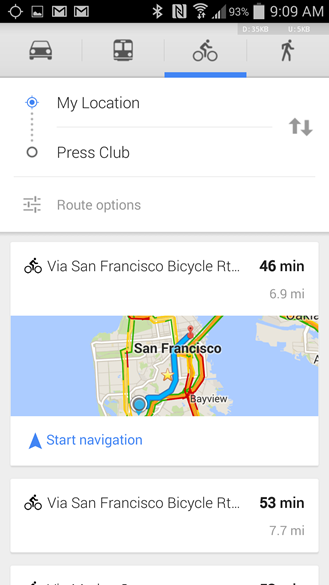 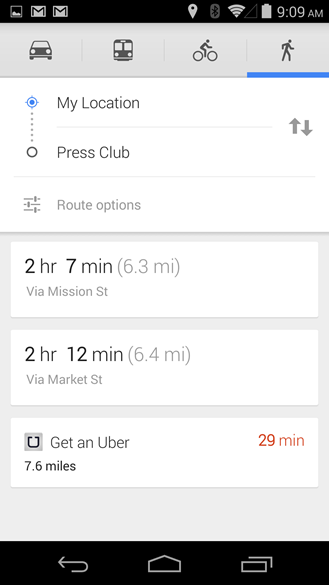 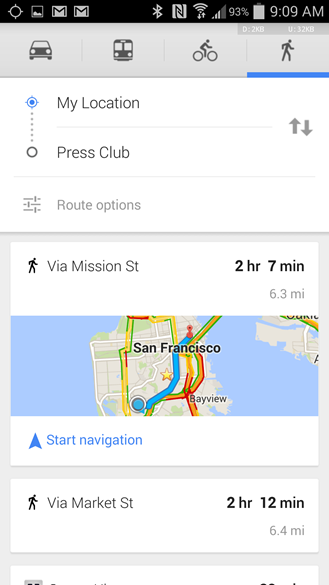