The Xperia Z2 doesn't support wireless charging out of the box, but Sony has just announced two accessories for the flagship device that will be able to scratch that particular itch. The two products include a flip cover that enables the device to work with Qi wireless chargers and an official Sony-branded circular base to set it on. 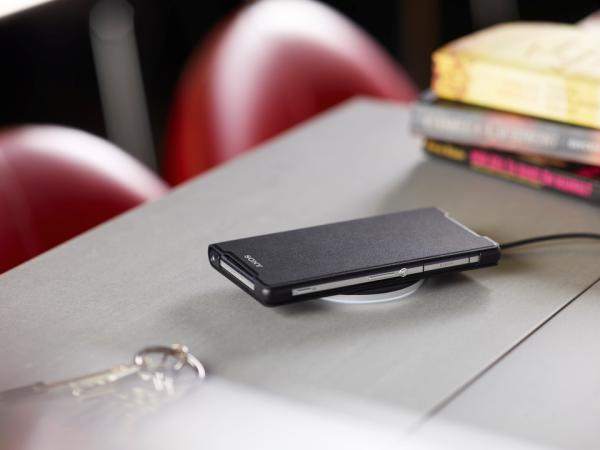 The Wireless Charging Cover WCR12 is foldable, so Xperia Z2 owners can use it to stand up the device on a desk or table, but it will need to lie flat on top of a wireless charger in order to replenish the smartphone's battery life. The accessory will enable the handset to work with any Qi charger, not just its official companion.

Conversely, the Wireless Charging Plate WCH10 should work with any Qi-compatible device, not just the Xperia Z2. It will provide 5W of power.

Sony has yet to announce prices, but British retailer Clove lists the case in black and white for £69.99 and the charging plate for £54.99 (both with VAT included).

Sense 6 Update Rolling Out Now To Sprint's HTC One (M7)