Gamers who've been living under a priceless hand-carved ancient monolith might not know about Uncharted, a series of PlayStation-exclusive action adventure games that have sold tens of millions of copies across three titles. The odds of us getting an Android port of Uncharted are somewhere between slim and none. But you can get a shameless copy of Uncharted-style gaming with Unearthed: Trail of Ibn Battuta, available now on the Play Store.

If Unearthed is a copy, it comes by it honestly, since both it and its source material are treading in familiar fedora and whip territory. (The trailer above even includes an ancient temple with giant rolling stone balls. Subtle.) You are Faris Jawad, who journeys around the world with his sister Dania recovering artifacts that should probably be in museums. Basic gunplay, vehicle sections, acrobatic platforming, and hand-to-hand combat are part of the gameplay, but you'll do just as much exploring to uncover the game's plot. The developer and publisher are based in Saudi Arabia, and the Middle Eastern setting and characters are consistent throughout. Both the voice-overs and subtitles are available in English and Arabic.

Unearthed was mercilessly panned by critics when it landed on the PlayStation 3 last year. Reviewers lamented the blatant copy of Uncharted's style, poor controls, and clunky story. By Android standards the game looks pretty decent in terms of visuals, and you could always hope that the controls have been improved, especially since they now work with the NVIDIA SHIELD, MOGA controllers, and others, but I would wait for reviews in the Play Store before laying down my $2. The game is 1.6GB and pretty taxing for current Android machines, so free up some space if you're going to try it out. Tegra 4 hardware gets some extra visual polish, but Unearthed is not a Tegra exclusive.

including The story is labeled "Episode 1," but the developers haven't made any additional content since the PlayStation and iOS release more than a year ago. 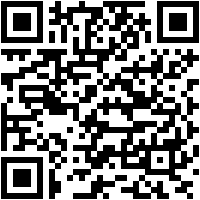 Google Shows Off Its Self-Driving Car Prototype, Talks A Little Bit About The Design And What's ...

Sense 6 Update Rolling Out Now To Sprint's HTC One (M7)