An update is rolling out to the Lookout security app with a new feature tucked away exclusively for premium account holders. This feature is theft alerts. After the alerts have been enabled, Lookout will send phone owners an email automatically when the phone starts engaging in behavior that indicates it could have been stolen. This way you get notified as soon as shenanigans begin, rather than having to manually check for the device's location yourself. Lookout defines said shenanigans as follows.

Lookout will now send out Theft Alerts when:

Some of these actions aren't really all that suspicious, especially for travelers who may regularly power down their phones entirely rather than switch to airplane mode. For such cases, Lookout provides the options to disable individual alerts. The first one, having your passcode entered incorrectly, has prompted an emailed photo from Lookout for quite a while, but with this update the feature is now a premium exclusive. 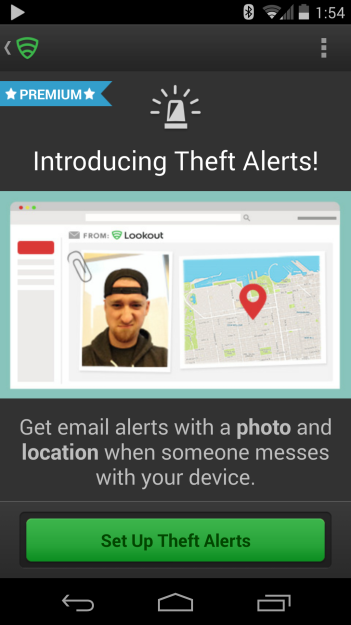 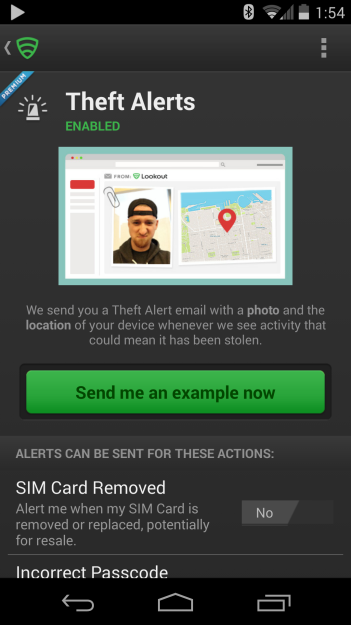 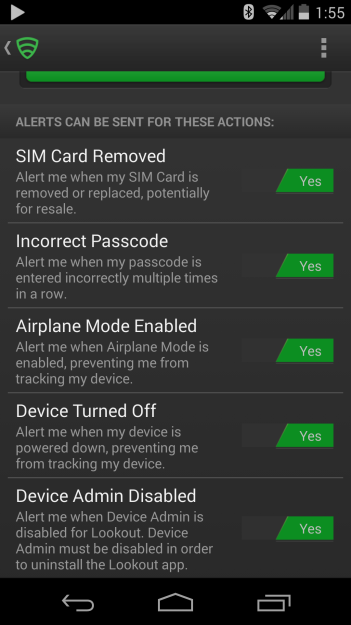 Despite this update, Lookout is still playing catch up to other anti-theft apps such as Ceberus in this area, which has long been able to check if a phone's SIM card has been removed. Lookout's feature is relatively simple, but that is potentially part of its strength. It's accessible, with options laid out in a way everyday users may be more inclined to use. It doesn't help, though, that Ceberus doesn't require a subscription to use.

Premium users will have exclusive access to the feature for the next week. After that, free users will get to taste it as well until September 30th. Premium accounts go for $2.99 a month or $29.99 a year for anyone who likes what they see.