Several days ago, it was brought to our attention that Google's Search app finally allowed completely touchless reminders, whereby a user could set a reminder from start to finish without touching the device. Previously, reminders required a touch confirmation at the end of the process. Now, the "voice of Google" simply asks if the user would like the reminder to be set. Saying "yes" will complete the interaction.

It seems this isn't the only server-side switch Google is pulling, though. For a while now, we've been getting tips that the Search app has been returning app results in an interface a little different from the old vertical list view. Check out these screenshots for a before-and-after comparison. 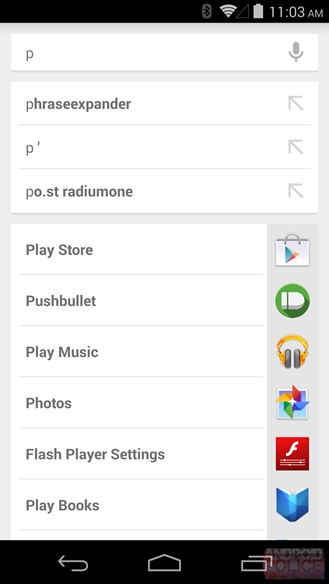 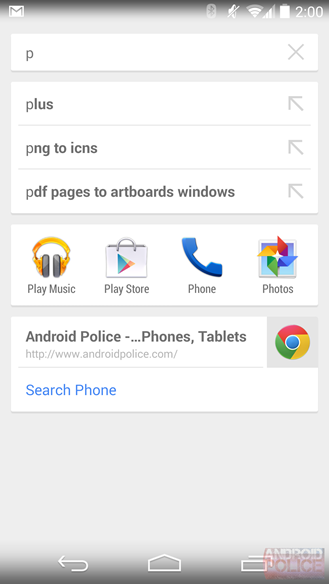 This interface is better for a few reasons. First, it's important to understand that Google Search returns results or interactions with varying levels of confidence. How "confident" Google is that it's giving you the right thing is manifested in how the information is presented. The new interface is considerably higher confidence, returning only the top four apps, in order of relevance. Previously, Search would return a similarly ordered but much longer list of possible results.

The other important thing to note is that this UI is vastly more efficient in how it uses space. Previously, the long list of app results (one per row) would push any other results (like browser bookmarks) off the screen, whereas containing only four icons in one row frees up that space for more information.

Search's new app result layout also makes apps more clearly clickable. Before, icons were small, and separated into inexplicably grey boxes on the end of a full-row line dedicated only to the app name. Now, the icons take center stage. They're bigger, and the app names sit below them in smaller text.

Of course the above points are just my opinion. How do you feel about the new UI? Vote in the poll, and drop a comment if the poll options don't fully explicate your feelings.

Beats Music Gets Bought By Apple, Extends Trial Period To 14 Days And Drops The Price