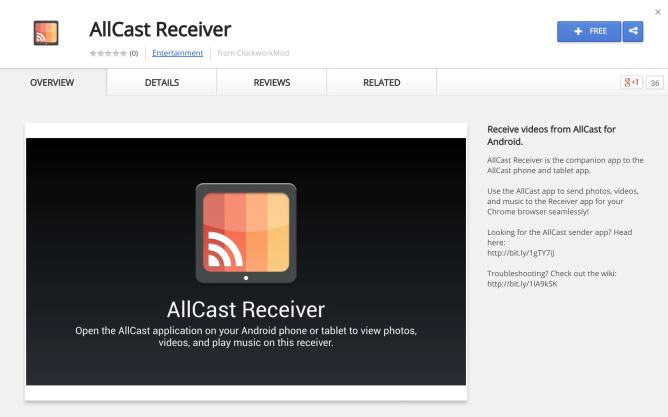 This app can run on any platform that supports Chrome, and it is capable of receiving audio and video, including closed captioning. Here's Koushik's video showing off the functionality.

Koushik says a Chrome sender app is also in the works. In the meantime, enjoying the newly released receiver requires the latest version of AllCast. Fortunately for you, this fresh code hit the Play Store earlier today. Just hit up the widget below to try it out.

Google Camera Updated To v2.2 With The Return Of Timer, Auto-Cropping, And More [APK Download]