Lenovo, despite being the relatively new owners of Motorola Mobility, didn't need this acquisition to produce attractive new hardware - at least for markets other than the US. The Vibe Z, which never made it to our corner of the world, looks poised to get a sequel that ups its game in every area that matters. Shots of a phone dubbed the Lenovo Vibe Z2 Pro have surfaced, showing a 6-inch phone with a quad HD display, a 4000mAh battery, a 16MP OIS camera with dual LED flash, and a Snapdragon 801 processor. The Vibe Z's plastic body has been replaced by an impressive metal one. 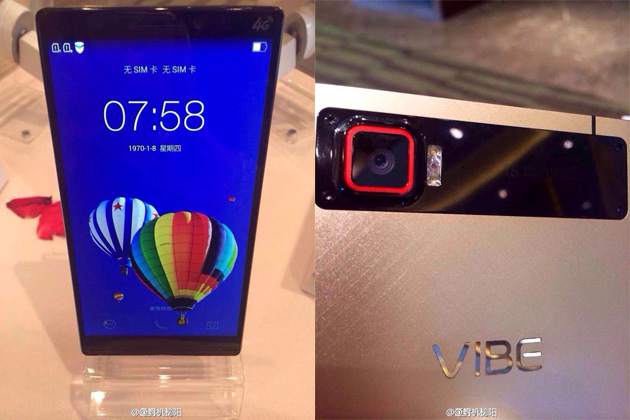 This is a dual-SIM device with LTE support, but versions that ship overseas may differ. For now, we don't yet know where in the world this phone will land. These photos appeared on Sina Weibo after reportedly having been taken at an internal event, meaning the device wasn't yet intended for the public to see, but at the same time, an official announcement shouldn't be too far off.