Welcome to the latest entry in our Bonus Round series, wherein we tell you all about the new Android games of the day that we couldn't get to during our regular news rounds. Consider this a quick update for the dedicated gamers who can't wait for our bi-weekly roundups, and don't want to wade through a whole day's worth of news just to get their pixelated fix. Today we've got an endless runner from the makers of Rock Band and a trio of BulkyPix casual titles. Without further ado:

Developer Harmonix has made a music game. That's probably not surprising, given their history, but they've also made an endless runner, which is. Record Run's levels are automatically generated from your local music collection, which runs in the background. You've got the music, now you need rhythm (there seems to be a severe lack of girls), and if you know it well, the two-lane system should be easy enough to navigate. Music might be free, and the game is too, but don't be surprised to find currency-based IAP inside.

From the makers of ROCK BAND and DANCE CENTRAL…This is RECORD RUN. Record Run is a free rhythm-runner that puts you in the middle of your music, chasing records and dodging obstacles to the beat in a crazy musical world. With gameplay levels created to play along with your music, this is a whole new way to run. Choose your runner from a fun cast of characters and jump, duck and dodge through the city on your way to high-scores. 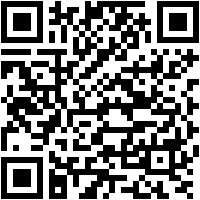 Half Angry Birds and half endless runner, Ninja Toss stars an extremely unlikely hero: a fat ninja. You fling him across the landscape with reckless disregard for local civilians and livestock, using sheep, rockets, hippity hops, and other strange tools to propel his rotund rear ever further. The usual additions of power-ups, costumes, and new worlds will keep you motivated, at least until the IAPs start to get you down.

Launch Nyam, the fat Ninja, from a catapult as far as you can through this funny and colorfull universe
Avoid traps, destroy donough collect rice and learn ancestral ninja skills to defeat your friends in this crazy high score competition in a pure Ninja style. 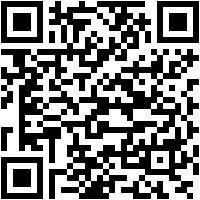 A while back there was a video of someone's pet lizard trying to eat ants off of a game on a smartphone screen. That little guy would be really confused by this one. In CandyMeleon, your sweet-toothed reptile's only purpose is to eat candy, either by the good old-fashioned "dog catch" method or using his tongue. Watch out for the odd poisoned candy or venomous bug... and the pushes for IAP and semi-useful interaction on social networks.

Introducing a new species of Chameleon: The CandyMeleon. Attracted by treats and sweets, the CandyMeleon can devour an unbelievable amount of candies thanks to his tongue and never gets sick of it. This malicious creature engaged in sabotage toward the nearby candy factory. In the explosion: thousands of sweets have been blown away in the sky. And what’s best than a CandyMeleon extensible tongue to eat them all down before they reach the ground? 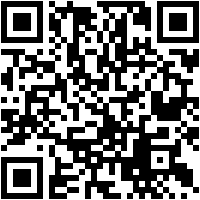 In the land of rolling jalopies, the man with fuel injection is king. (Man, that sounded a lot more profound in my head.) In Turbolab Pursuit, an enterprising scientist races to keep his awesome car out of the hands of people who would use it for evil. Somehow. It's a pretty typical endless runner plus some shooty bits, and there's not much point to progression besides upgrading your ride, weapons, and outfits. That said, the art and audio is surprisingly charming.

In a world that has only just discovered automobiles, a mad scientist has been busy atop his tower, putting the finishing touches to his all-new prototype vehicle. But the local mafia would love to get their hands on his revolutionary invention... Turbolab Pursuit is a 2D game featuring a subtle cross between a runner and a shoot 'em up. Use Professor West's wacky invention to rocket down the hills and escape the clutches of the enemies hot on your heels. 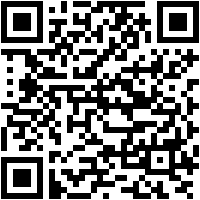