My, my, but it is difficult to keep a device properly under wraps these days. The latest leak for LG's 2014 flagship G3 comes courtesy of the company's own Dutch website, spotted by Netherlands enthusiast site Portable Gear. LG took the promotional page down almost immediately, but not before keen eyes managed to record pretty much everything about the upcoming phone. Spoiler alert: reading the following won't leave you many surprises for tomorrow's event in London. 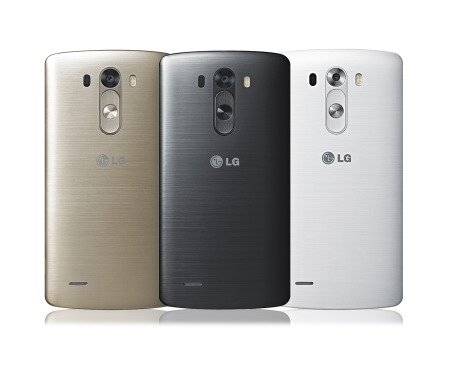 In terms of specifications, the G3 follows LG's pattern of bigger and badder for each new hardware generation. The semi-official specs match some of the ones that have been leaked before, but not all. According to the Dutch website, these include a Snapdragon 801 processor, 2GB of RAM (elsewhere marked as 3GB), and 16GB of storage plus a microSD card slot. The star of the show is undoubtedly the 5.5" 2560x1400 screen, which would be the highest resolution of any phone from the big manufacturers (technically Oppo has beaten them to the punch). You could also argue that the metal housing of the phone, a first for this series, comes in a close second. It will be available in black/grey, white, and goooooold, at least in Dutch markets. Regional models might account for the spec discrepancy. 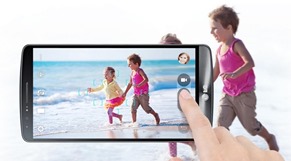 The camera is also worthy of mention. The second opening next to the 13MP rear camera is an infrared laser, which aids in quick and accurate auto-focusing. That's an interesting addition that hasn't been seen on other devices before. The G3 keeps the rear buttons from the G2, slightly flatter and rounder. Other tidbits include a 2.1MP front-facing camera, NFC, Miracast, a tapered shape for thinner bezels without unwanted screen touches, a thin 8.9mm frame, and a generous 3000mAh battery. 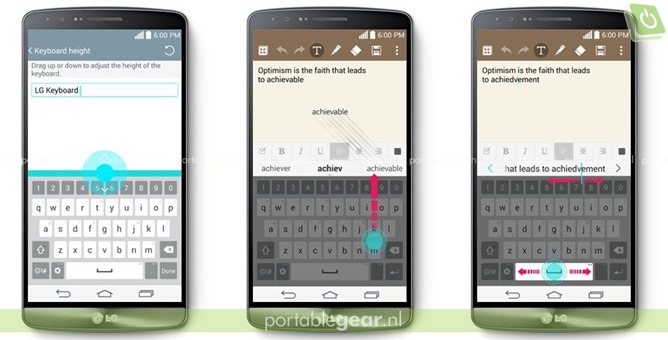 LG's custom software has been given an overhaul, and reportedly features a new height and width-adjustable keyboard. Other software goodies include alerts to uninstall apps you haven't used in months, and the previously-revealed QuickCircle case and notification design. Pricing was notably absent from the page, but I imagine that LG will give us some hint of that tomorrow. We know that it's coming to Sprint, though that's hardly a surprise.