Yoel Kaseb, who last month posted a series of screenshots purporting to show a revamped Google+ interface (which ended up being proven mostly accurate in a recent update), is back again, this time posting photos of what is allegedly a new Gmail interface.

Before we discuss, let's look at the photos. For the sake of clarity, I've used the photos to quickly create a clearer, full-res mockup of the interface shown.

Update: Our original mockup mistakenly left out the colored message thumbnails shown in the source images. We've updated the image to fix that. 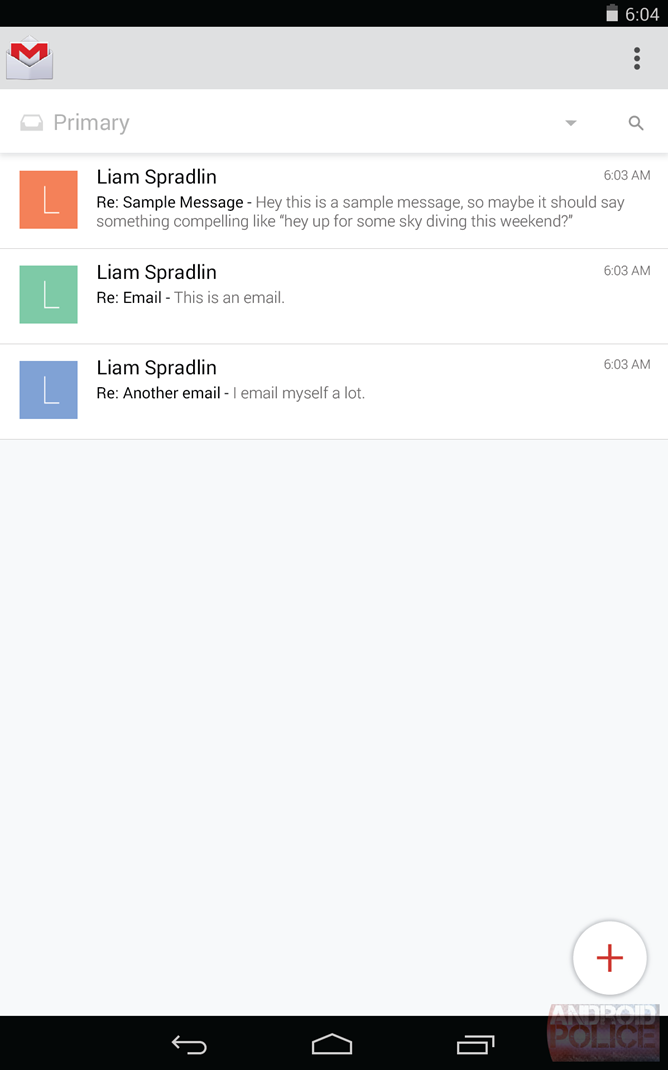 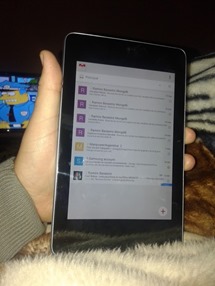 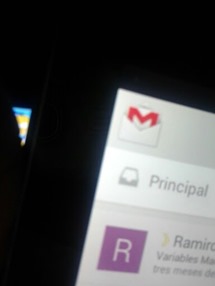 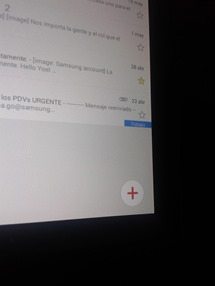 Readers may remember a recent leak from Geek.com that showed what was supposedly a brand new Gmail interface with some major new functionality. There are some considerable differences between those shots and what we are seeing here, but it is possible that Kaseb either has an earlier or later version of a Gmail revamp that would see the interface toned down, or we could be seeing the interface in a transitional phase between what it is now and what Geek.com showed.

What gives the shots above credence, besides the fact that Kaseb posted the Google+ interface before it debuted, is that the interface seems to follow the same paradigms found in the Google+ update. There's a round "compose" button in the corner, a streamlined action bar, a distinct lack of hamburger menu, and a bar that, presumably when touched, would allow you to switch boxes, folders, categories, and probably accounts. The image also shows the same "inbox" iconography included in the recent Gmail update. Some of these elements were also seen in Geek's Calendar interface leak.

What raises a doubt in my mind is that these shots are actual photos of the interface, not screenshots, and the fact that the compose button looks significantly less refined than that in the Google+ update or the previous Gmail leak. Additionally, there's no indication in the main view of what account you're looking at, though that information could be in the drop down bar. That said, I'm inclined to think that something like this will probably come to us in a Gmail update in the future, and I'm not too hesitant to believe these shots are legitimate. Hopefully we'll find out very soon.

No, EVGA Tegra Note 7 Owners, You Should Not Open Your Tablet To Clean Out The Dust Every 30 ...