Everything about OTTTD seems bananas – there are flying mechanical sharks, an octopus riding a motorcycle, zombie butchers, and many other exotic creatures that you will encounter and blow to bits with an array of defense towers and heroes. We posted a few preview videos and screens yesterday because the game looked awesome, and now it's ready for you to download in the Play Store.

This is mostly a tower defense game, but there are RPG and RTS elements in the way your heroes contribute to the war effort. Building the right towers is only half the battle – you also need to assemble and train a team of heroes to move around the map and help wipe out the enemy creeps. 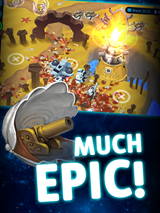 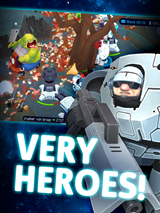 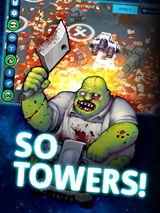 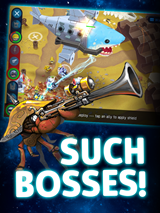 The game is only 66MB, but the graphics look pretty tight with a bit of a Pixar vibe. OTTTD takes a "more is more" approach to blowing stuff up. After just a few minutes, the corpses of your enemies will litter the battlefield. As was pointed out previously, OTTTD costs $2.99 and implements some in-app purchases. From what I've seen you should be able to unlock everything from playing the game, but you can buy currency to get more powerful weapons for your heroes faster. It doesn't appear to be pushing the IAPs, though. [Deal Alert] Download These Five Free Apps From The Amazon Appstore And Get $10 In Amazon Coins ...