FreedomPop is the Sprint MVNO that's willing to provide you with free phone service, but if you really want to get much use out of it away from home, that price tag goes up rather quickly. Yet even then, the plans available aren't going to break the bank. Today the carrier has introduced a new $20 plan that comes with unlimited data. For the first time ever, FreedomPop customers can now tap into Sprint LTE (instead of WiMax), and this plan will provide up to 1GB of it a month (after which, phones are limited to 3G). Text messages and minutes are both unlimited, making this a pretty affordable way to stay connected.

To take advantage of this plan, FreedomPop has introduced three LTE-enabled Samsung devices: the Galaxy S4, the Galaxy S III, and the Galaxy Victory. This makes the S4 the most capable device the carrier currently offers.

As cheap as FreedomPop is, switching isn't free. Whether you don't want to break your contract, don't want to sacrifice your current phone, or just can't be bothered, the company has released an app for anyone to use that provides free voice and text calls over your network (stick to WiFi, unless you're willing to pay for data). It will provide you with a new number, and away you go. 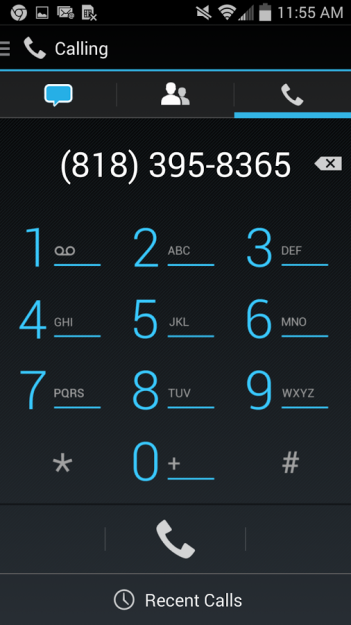 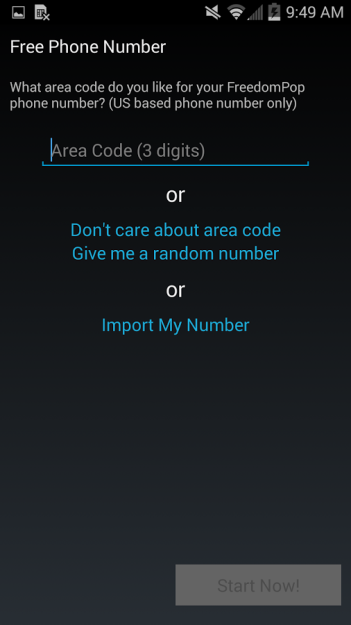 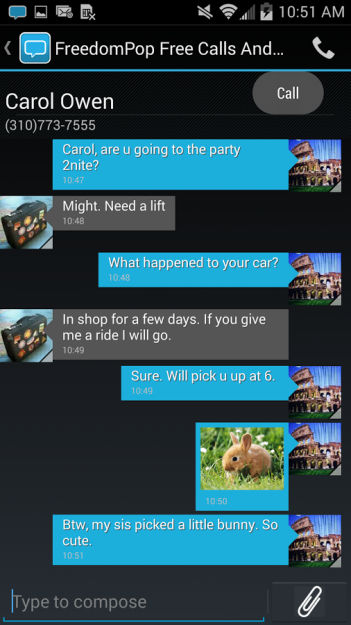 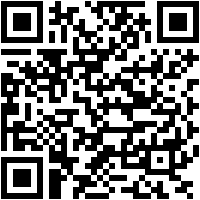 FreedomPop Expands To High-End LTE Phones With Samsung Smartphones And New, Unlimited Everything Plan For $20

LOS ANGELES, May 22, 2014 /PRNewswire/ -- FreedomPop, America's free mobile service company, today announced its official shift to Sprint's LTE network with the launch of its LTE phone lineup including the Samsung Victory, Galaxy S3, and the Galaxy S4. All new LTE devices will come with the same free service that hundreds of thousands of Americans already enjoy, which includes 500 MB of data, 200 voice calls and 500 texts free each month.

In addition, the company also announced the launch of its new "Unlimited Everything" plan for $20 per month providing unlimited talk, text and data. Free tethering will also be included on all new LTE phones so that they can easily and affordably be used as hotspots as well. After 1GB of data has been used for the month, LTE speeds will be limited to 3G speeds.

The company also announced the launch of its free, over-the-top (OTT) communications app on Android. The app allows any android user to take advantage of FreedomPop's free voice and text services, while providing a new phone number, voice calls and texts – free. It is also the first OTT app that will allow users to port an existing number. Get the new Android app herehttp://fpop.co/app.

"Now that we have complete access to the most expansive wireless network, we are able to fully upgrade our device portfolio to the high-end smartphones that our customers want," said Steven Sesar, FreedomPop's COO.

The high-end Samsung smartphones join the growing list of mobile phones and devices available to FreedomPop users since its launch including the iPhone 5 and a number of other Android smartphones and wifi hotspots. To order one of the newly offered Samsung phones on FreedomPop and to sign up for service now, go to www.freedompop.com

Pushbullet Updated To v14.1 With Enhanced Notification Mirroring That Syncs All Notifications ...