You usually have to mess around with flashing ROMs to enjoy the features those talented developers build for Android. In the case of Paranoid Android's new Peek feature, you can get it in app form on any KitKat device courtesy of Francisco Franco (of franco.Kernel fame) and original Peek developer Jesús David Gulfo Agudelo. Update: The app was down for a bit today for a bug fix. It has been restored now. 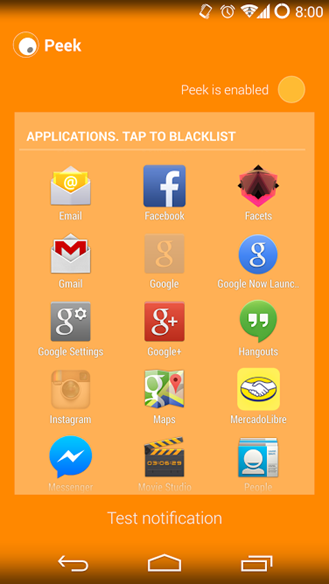 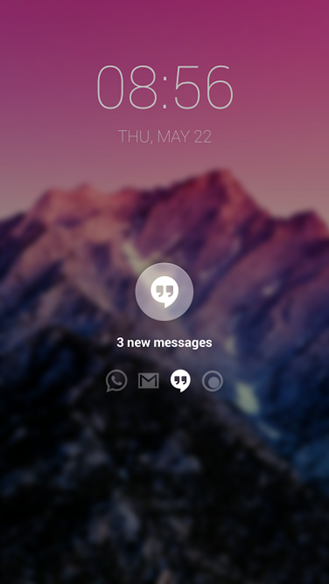 So what is Peek? It's a way to manage your notifications every time you pick up your device. The screen will automatically wake up and display small icons in the middle representing your various notifications. you can tap on them to see what's up, launch them, or ignore. This is based on the Paranoid Android open source code created by Agudelo, but is being sold on Franco's account because paid apps aren't supported in Agudelo's home country of Colombia. 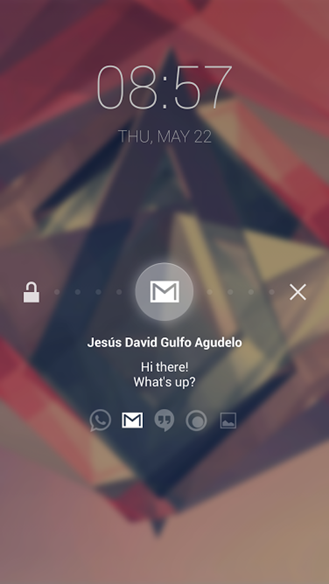 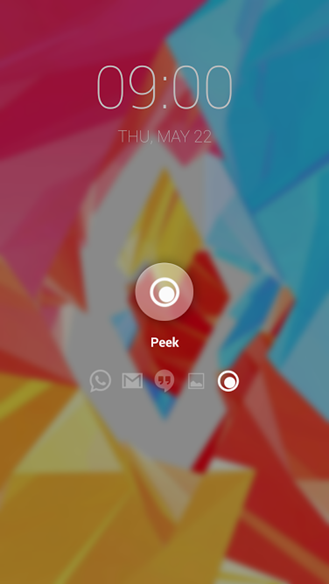 The Peek app does the same thing for any KitKat device, and it doesn't even need root. The Paranoid Android feature has a few tricks to save power. Presumably the app does as well, but this is probably something you'll have to watch closely at first to make sure it doesn't drain the battery. It certainly had the potential to be cool if it works properly.

Report: Samsung Is Making An Oculus Rift-Style Headset For Phones, Because MAKE ALL THE THINGS