Between a bevy of leaks and no small amount of official previews, LG won't have much to tell us at its press conference next week that we don't already know. The latest official glimpse at the upcoming G3 flagship is the video below, which shows off the "QuickCircle" case, the latest incarnation of a flip case with a touch-through preview window. The idea isn't new, but the shape is: the QuickCircle case uses a large radial display area for basic phone functions.

We've even seen a glimpse of this circular case before: LG's official teaser video showed hints of a circular display, and Evleaks showed off some screenshots of the phone running in "case mode." Like the S-View cases from Samsung and other, similar case-phone interactions, the QuickCircle case will let you perform standard functions like music control or accepting and rejecting calls without "opening" the phone and powering on the full screen. That said, the larger circle window has apparently emboldened LG to include more functions, like a clock widget, basic notifications, and even a tiny photo browser. 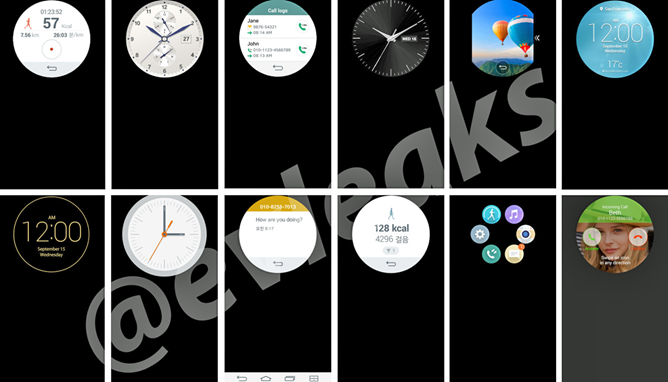 The interface's radial design makes the QuickCircle display look a bit like the UI from Motorola's Moto 360 smartwatch, but that's probably a coincidence. Other leaked photos show a circular design on the G3's unlock screen, even without the case, so it seems likely that LG will be focusing on that visual element in the G3's updated custom Android overlay. Expect the QuickCircle case to be sold separately, and if LG's other accessories are anything to go by, it won't be cheap.

The LG G3 will be officially announced in London on May 27th.