It took me a really long time to jump on the reddit train. I would look at it occasionally, but only in recent months have I really started to enjoy using it. Part of that is due to Reddit Sync – it's just a killer, well-designed app that I wanted to use more after covering its UI overhaul back in December. Ever since then, I haven't gone a day without firing up the app and checking out what's happening across the 'net.

Today, Reddit Sync gets even better. It has been updated to version 9, which brings a handful of really nice enhancements to the app: 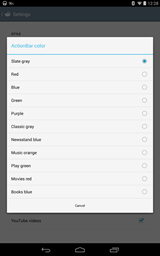 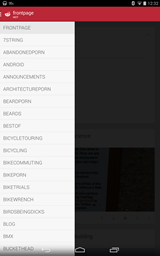 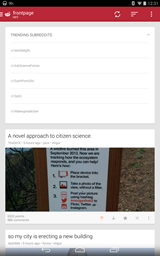 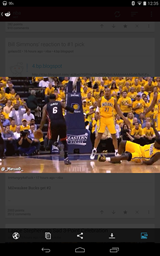 You can't really tell, but the last shot is a GIF from gfycat. I promise.

While all of the changes here are good, I think gfycat support may just be my favorite; for some reason, the NBA subreddit just loves gfycat, so the fact that those GIFS now load inline is a godsend. Really. Otherwise, trending subs will help users find new and interesting things in the wide world that is reddit, and customizable actionbar colors allows for a little personalization. The restyled drawers are a subtle, but nice change, as well.

All in all, this is a solid update to my personal favorite reddit app. If you're already a Reddit Sync user, head into the Play Store to grab the update. It's worth noting that you'll probably have to re-login after the update (I did), as well.

If you haven't yet given Reddit Sync a shot, hit the widget below to check it out.