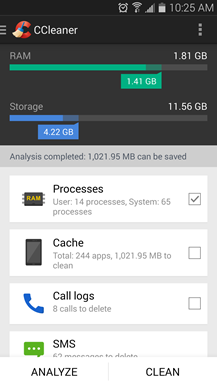 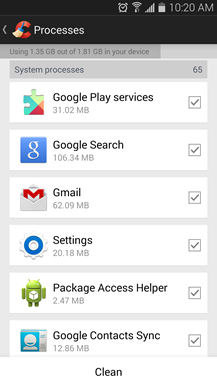 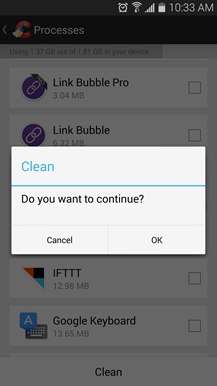 I'm not going to go into all the details about why task killers on Android are basically Hitler, but here is a good write up that covers the basics for anyone who may be interested in learning more. Just know that Android is capable of handling the memory it has to work with, unlike Windows or other operating systems that tend to get janky once the used memory hits a certain critical point.

So yeah, it was a short run for CCleaner, but at this point it's probably best to stay far, far away.

Oh, and Piriform – just because something is "most requested," doesn't mean that it's good. My kids' most requested food is candy, but that doesn't mean I'm going to give it to them for every meal. Sometimes you have to do what's best for your users, not what they want you to do. I would expect a responsible developer to know that.

Update: I feel like a little clarification is necessary here: I realize that the "task killer" functionality is basically optional, but this is more about principle. Users see a name they know and trust, so it's assumed that the functionality is as honorable as it is on the operating system they're used to using it (in this case, Windows). However, the TK functionality isn't even labeled as such – it's given the far more ambiguous "Process Cleaner" title. That's completely misleading as to what the true nature of the feature is, which will potentially lead many unsuspecting users to inadvertently perform an unnecessary and harmful task on their devices.