Social networks are great for connecting us to many other people at once. They're also bad for precisely the same reason. How many friends or followers really need to know that I am really excited to be cooking on a gas stove for the first time?* 80% won't care, 10% will comment on how electric stoves are safer, a couple will point out how induction stoves are much better at everything, and then I'm just known as that guy who started that pointless argument about stoves online.

Secret offers a solution, and today it's ready for Android following a few months spent as an iOS exclusive that was only available in a few countries. Now the social networking app that lets friends share thoughts anonymously with other friends is available worldwide. Think of it as Twitter or Tumblr without usernames, a place where people are free to rant and ramble without fear of personal judgment. 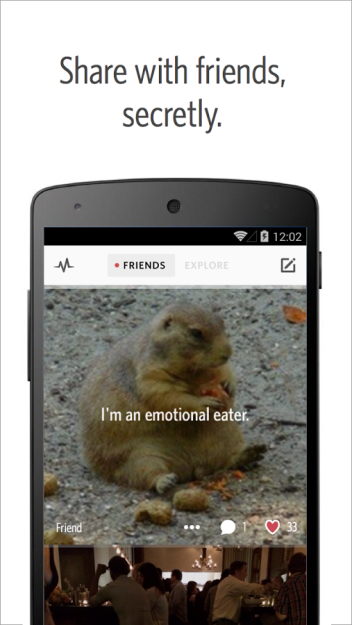 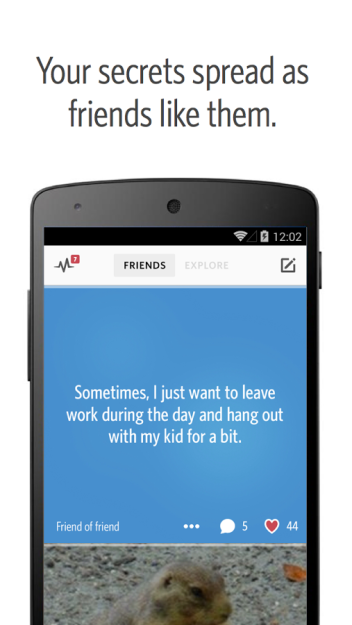 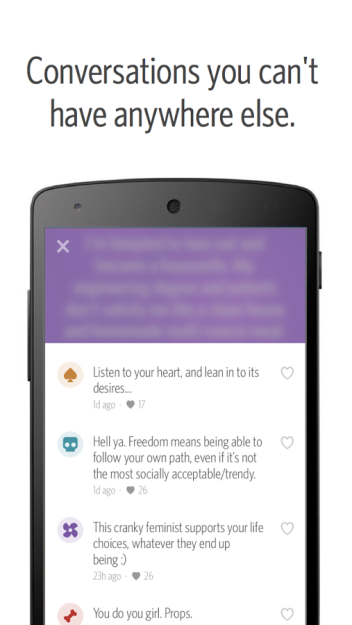 The experience is designed around keeping everyone's thoughts anonymous. The app will pull friends from your phone, but it won't reveal the list in order to reduce the chance of you working out who is saying what. Each time a person leaves a comment, their avatar changes. And since we don't know who's who, people are free to edit the background color and style that accompanies their text or opt for a photo to inject personality instead. 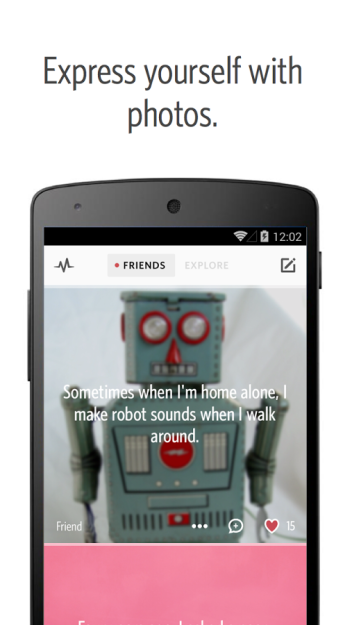 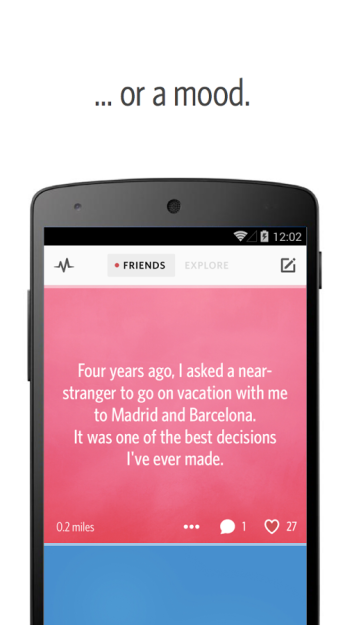 The Android version of the app has the ability to show two feeds - one has secrets shared among friends, while the other highlights thoughts from around the world. This feature is arriving for Android first, as Secret co-founded Chrys Bader told The Guardian:

We wanted to show that Android can have new features first, and we wanted to reward them for waiting all this time."

Naturally, the feature will eventually make it over to iOS, but this is a nice change of pace. Hit up the widget below to get started, and feel free to share what's on your mind. You're in a safe space.

*Seriously though, gas stoves are awesome.