Back in April, we posted a rumor that Google Now was on track to properly handle timer queries (like "set a timer for five minutes") using the clock app's built in timer functionality, rather than simply setting an alarm.

Nearly a month later, we saw mention of the functionality in a teardown of the Search app itself, and today it looks like that functionality has finally been switched on.

Users who say "Set a timer for [time]" will be greeted with a card letting them know the timer is about to commence, with the option to skip straight to starting the timer. 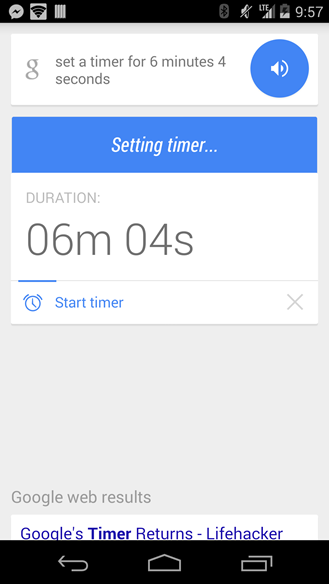 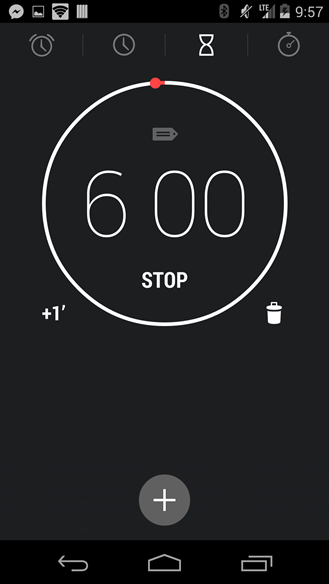 Once you've done that, a notification will sit in your tray to let you know how much time is left, until the timer runs out. This seems like a small feature, but it's one that's been bugging us (and everyone else) for quite some time. For those wondering, the functionality does appear to work with clock apps included in OEM firmware like HTC's Sense. Let us know how it works for you.