But at the end of the day, the decision of how to make a game, how to monetize it, and whether or not to adopt that tempting, lucrative, and divisive "pay to win" model should rest with the people actually making the game. Alas, that seems to be changing as well, at least with a few publishers. PocketGamer reports on the struggles of one independent game developer who approached publishers, only to be told that they had to adopt a free-to-play model with a modern monetization strategy (currency-based in-app purchases, paying for hints, or intrusive advertising). 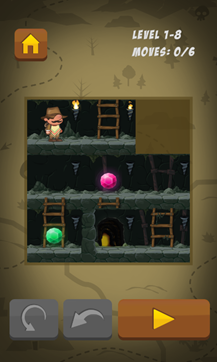 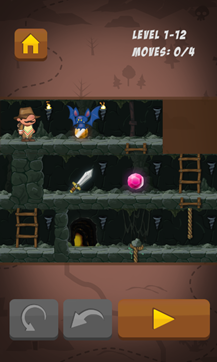 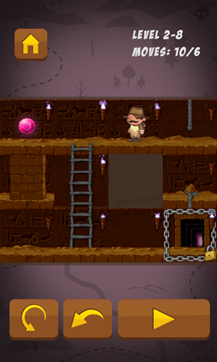 BloodyMonkey's upcoming Pablo Cavarez, a sliding puzzle/platform game, was shopped around to various publishers. BloodyMonkey founder Paolo Taje said that every publisher they approached required some kind of recurring revenue, either via ads or in-app purchases. The developer wanted to create a more balanced game, letting players download the puzzler for free and try the first level, then pay $1 via in-app purchase for the rest of the game. (This is basically the same demo/shareware model that's been around for years, and one of most reasonable ways to implement IAP.) Since no publishers were interested, BloodyMonkey will self-publish Pablo Cavarez on iTunes, Google Play and Windows Phone on May 28th.

Aerena: Clash of Champions is a game we've covered before, and it already has a free-to-play structure - you can pay real money for in-app currency to unlock new characters and upgrades. According to an interview with Strategy Informer, developer Cliffhanger was especially careful to make the game "fair to play," ensuring that players could unlock new characters with money earned from playing for just a couple of hours, as you might expect from a lengthy console game. All the characters and upgrades can be had through earning currency in-game, without paying real money, though the time taken to earn that currency does get longer as the game progresses. 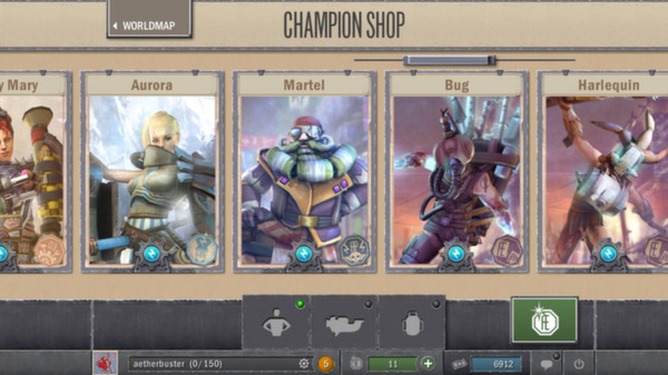 Cliffhanger creative Director Jan Wagner says that this approach made it difficult to find a publisher. According to Wagner, they were outright denied without incorporating not just free-to-play mechanics (which the game already has), but a pay-to-win structure.

They flat out said, 'we love the graphics, it's a good concept, we think it's got a long lifetime – great! But it's not pay-to-win so we don't like it. We're not going to take it, we only take pay-to-win games.'

Aerena: Clash of Champions is currently available in Google Play and Steam. For both stores, Cliffhanger elected to publish the game themselves.

Relationships between the publishers who distribute games and the developers who create them are important. Publishers can give a game a strong financial backing, promotional support, or even technical guidance (for example, when porting a game from one OS to another or localizing for a new market). That said, the degree of creative control that each publisher has over developers is a sliding scale. A publisher that owns the developer in question essentially has free rein, whereas a publisher that's supporting a large and successful independent developer will have to make compromises.

Throw in the evolving world of digital distribution, and those relationships get even more confusing. Twenty years ago, a game publisher was necessary in order to secure distribution for game consoles, to make physical copies of a game, and to get them into stores. Now those functions are no longer necessary on mobile, and they're becoming less and less popular on PCs and even consoles. The option of self-publishing has put some of the power back into the hands of developers. But that also means they're taking more of the risk. A single ambitious game self-published by a small developer can bankrupt the company if it fails, making the traditional developer-publisher avenue a tempting one even for small teams. 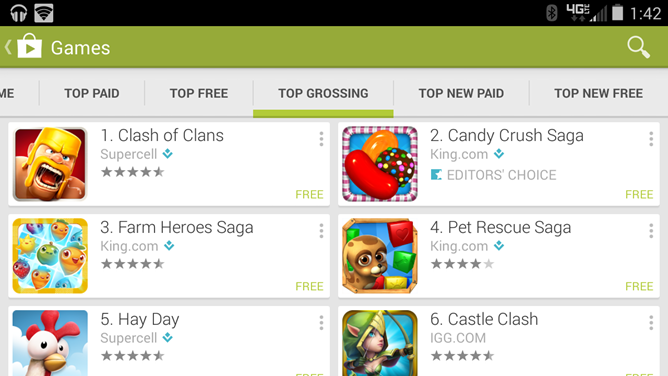 The controversy over the prevalence of the free-to-play system is now reaching beyond the spheres of gamers. Both the European Union and the Italian government have launched investigations into false advertising of "free" games that rely on in-app purchases to advance, and it seems like every month or so some parent decides to sue Google or Apple because their child bought an obscene amount of fake money via in-app purchase. This sort of "milking" isn't exclusive to the mobile world - PC and console gamers have been complaining about pre-order perks, day one DLC, and content intentionally left out of "full" games to be published later for years.

The free-to-play model isn't going anywhere any time soon; it's simply too lucrative for publishers and even some developers to ignore. But the evolving self-publishing options will hopefully get at least some publishers to put the brakes on some of the more unreasonable tactics used to relieve gamers of their cash. The growing number of gamers who refuse to be a part of the IAP cycle is also encouraging.