Xposed has fast become the go-to modification tool for Android power users who are comfortable with root, but who won't (or can't) move to a completely custom ROM. The latest update to the non-Play Store app adds a few creature comforts in the form of user interface tweaks, plus the usual bug fixes under the hood. 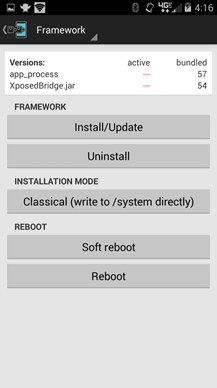 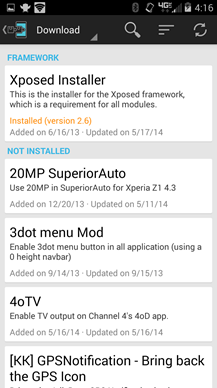 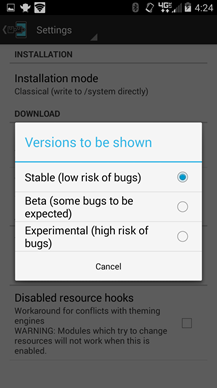 The first thing you'll notice is a spiffy new logo for your launcher and shortcuts. After opening the app itself, users will find that the somewhat static menus of previous versions have been replaced with more fashionable "cards" where applicable in the UI. Xposed Framework remains a very utilitarian app - most of the flash comes from what the modules themselves can do to your phone or tablet - but the additional gloss on a sometimes rough visual experience is welcome. In the Downloads section, where pre-selected modules from a database can be downloaded and applied, you can now see different types of releases. Only stable releases are shown by default, but you can also view beta and experimental modules via a new option in the main Xposed settings menu.

On top of all that, version 2.6 will automatically detect potential problems within modules and alert you, showing links to the relevant FAQs. In the true spirit of mods, it will allow you to continue with the operation if you really want. A few internal improvements for better organization and performance round out the additions. You can download Xposed Framework from this XDA thread, and modules can be downloaded separately or from within the app. (If you already have Xposed you can update from within the app as well.) Non-root users need not apply.