HTC's software versioning is a little more complicated than it is with other Android OEMs. You might have Android 4.4.2, but be lacking many of the features found on a newer device because you have an older version of Sense. HTC can, and does, update these independently. Such is the case with last year's HTC One – some versions of the M7 are getting Sense 6 today to go with their KitKat ROMs. 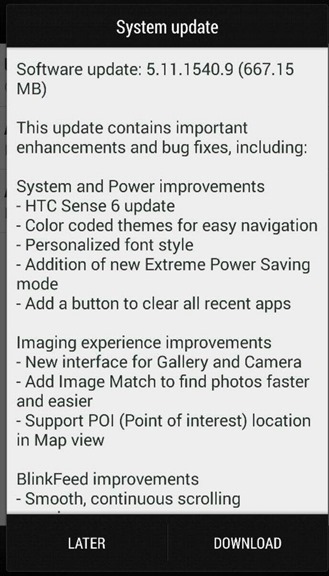 In some ways, this will be a bigger change for users than the previous update to Android 4.4. The UI will get an overhaul, and a number of new features will be added to the venerable M7. The full list of Sense 6 improvements can be found on HTC's site.

Keep in mind this is only for the unlocked and developer models right now. It's a big update at 667.15MB, and it might take a long time to arrive on the US carrier variants. Still, it's nice to see HTC doing what it can to keep old devices relevant.

[Deal Alert] Use Amazon Free Photography Apps Deal To Get GTA: San Andreas For Free And $22 In ...