Godzilla is a giant, city-destroying monster that challenges us to ponder the fragility of life and the horrors of mass destruction. A 2014 adaptation is hitting theaters now, which means a movie tie-in game is destined to hit the Play Store. What do we have this time? A brawler? A first-person shooter? A side-scroller crammed with in-app purchases? No, silly. It's a match 3 puzzle game.

Somewhat surprisingly, this was a good decision. Godzilla Smash3 contains more depth than initially meets the eye. The core gameplay may consist of matching three or more orbs of the same color, but the board hovers atop an action-filled background. Godzilla comes up against various enemies, with players matching orbs to inflict damage. There's a slight RPG element to the action, as the combat is turn-based, and players get to determine which enemy to target and how strong each attack will be. In a way it's similar to 10,000,000, but who among us actually expected a movie game to be all that original? 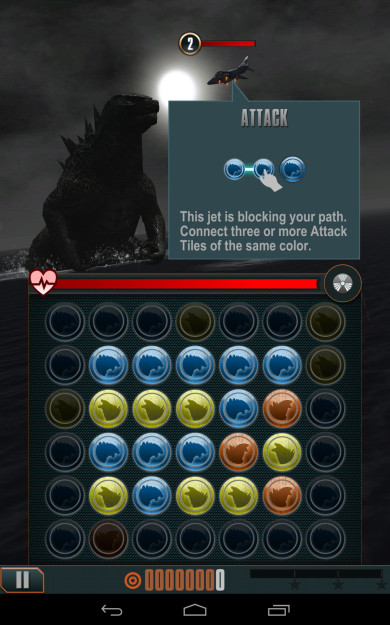 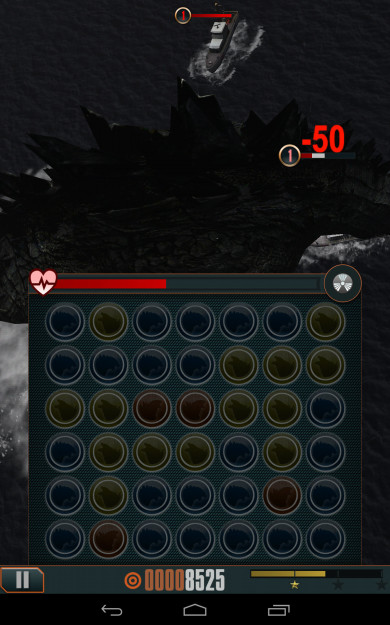 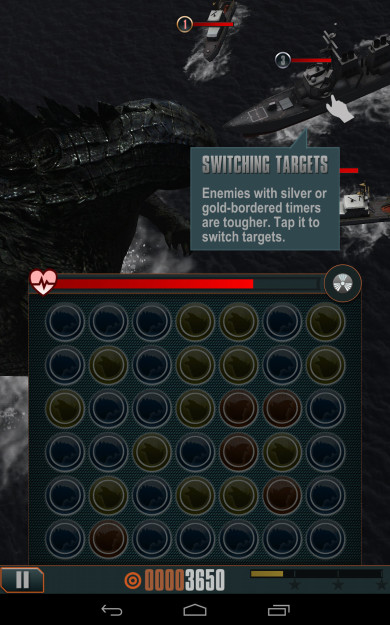 Godzilla Smash 3 is free to download, and while the Play Store page says it offers in-app purchases, I didn't encounter any in the short time I spent with the game, nor did I see any ads. Try it out via the widget below.