In the past, Blu has offered budget-friendly phones with mid to mid-high end specs. The biggest issue that most power users have had with the company's handsets is a simple one: MediaTek processors. While these particular chips offer good bang for the buck, they are still mostly underpowered for heavy multi-taskers or anyone looking for lightning quickness from their handset.

It looks like we may be getting into a new era for Blu if the new Life Pure XL is any indicator of what to expect moving forward. This device is a fairly drastic departure from the company's previous devices, as it's packing some of the most high-end specs we've seen from them yet. Right out of the gate, you know this is going to be a completely different experience than anything Blu has ever offered.

The review unit used for this hands-on is the model with 32GB of storage and 3GB RAM. 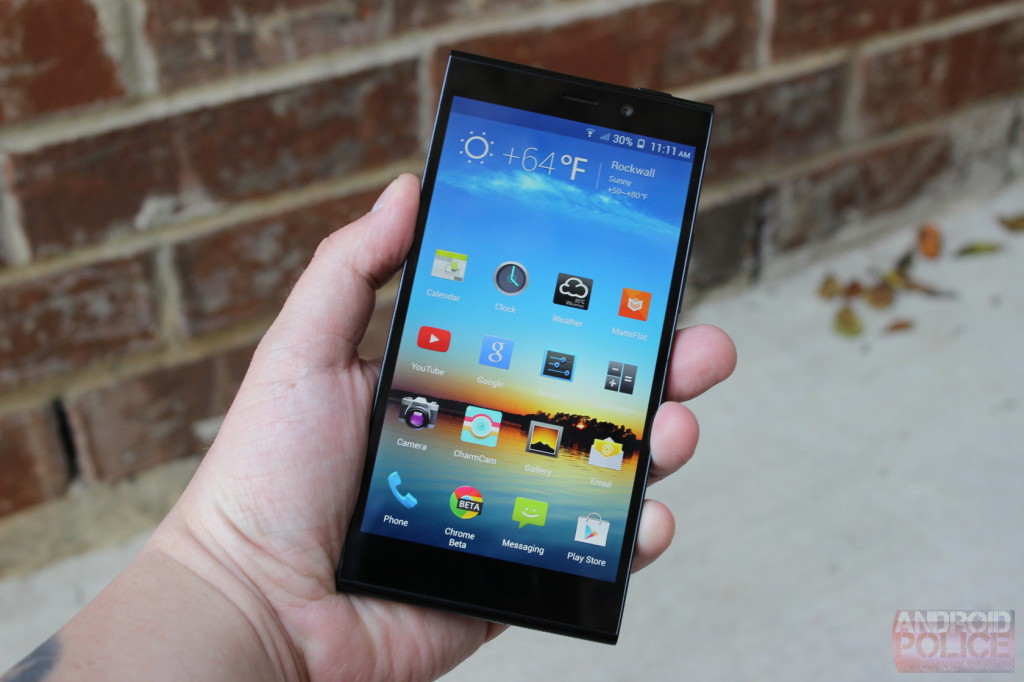 As you can see, this is a premium handset. Blu is promising the KitKat update for next month (June), so the only thing it's really missing is LTE, which is in my opinion a coin toss for most people. I personally don't notice much of a different between HSPA+ and LTE in most places, but that could be because I live near the DFW Metroplex, which makes for a heavily congested network. Or it could because I don't generally use my mobile connection for anything super heavy, either (aside from streaming music from Google Play All Access). Either way, I found the HSPA+ connection on the Life Pure XL to be quite good for most uses. But I'm getting ahead of myself here. Let's talk about the device's form factor first. 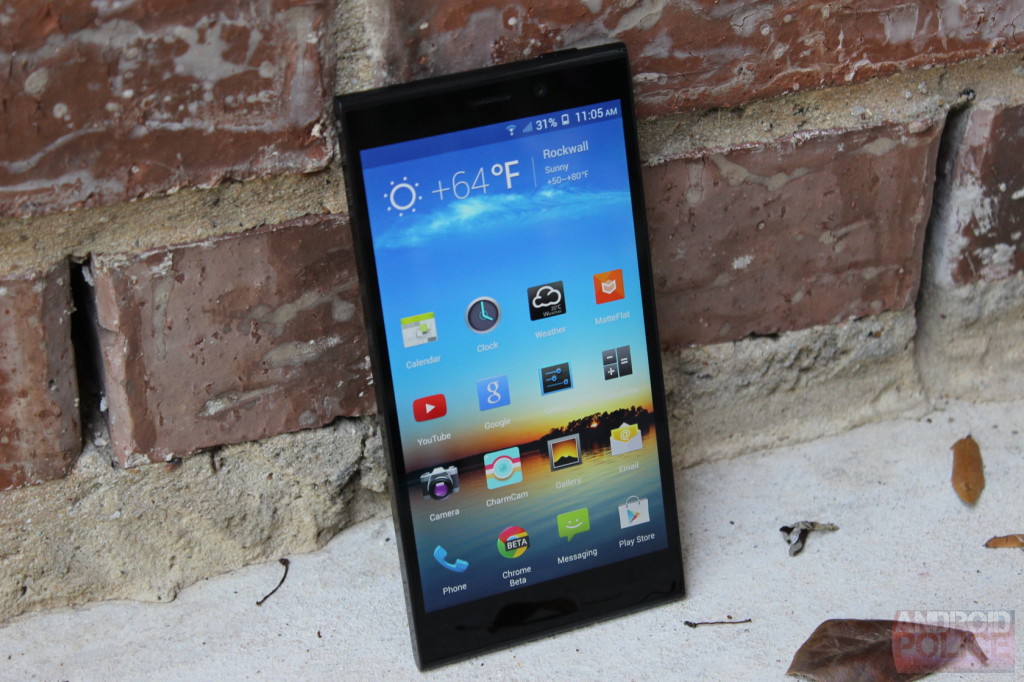 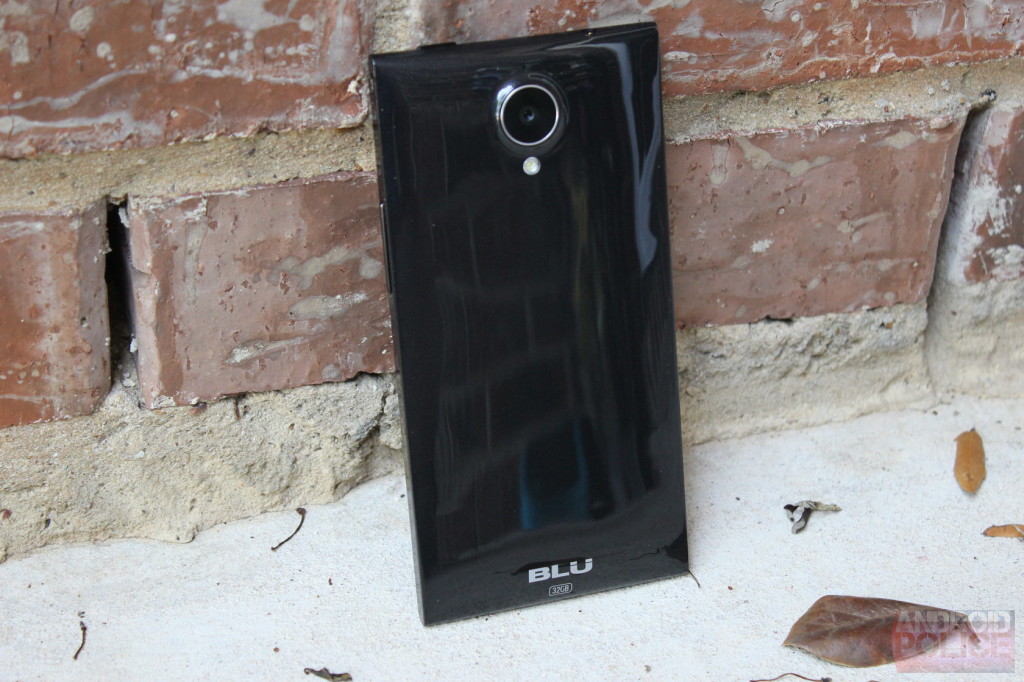 Right out of the box, the Pure XL looks like a svelte, premium handset. It's crafted from a single piece of polycarbonate, which gives the unit a very cohesive, seamless look. The top and bottom ends are curved, though they connect with the sides very abruptly, creating sharp corners that can be slightly uncomfortable. It's also worth mentioning that the material used on the back of the phone is kind of slippery. It looks great, but it definitely makes me fear dropping the device pretty often. It doesn't help that it's a pretty large handset and I have these tiny hands, either. Also, it's a bit of a fingerprint magnet. Fortunately, like all other Blu phones, it ships with a lightweight plastic case.

There's also a little suction cup tool thingy in the box. Guess what it's for? It's a prop! Stick it to the back of the phone for an instant, removable kickstand. Can't say I've seen this solution used before, but it works, so I guess that's all that matters. 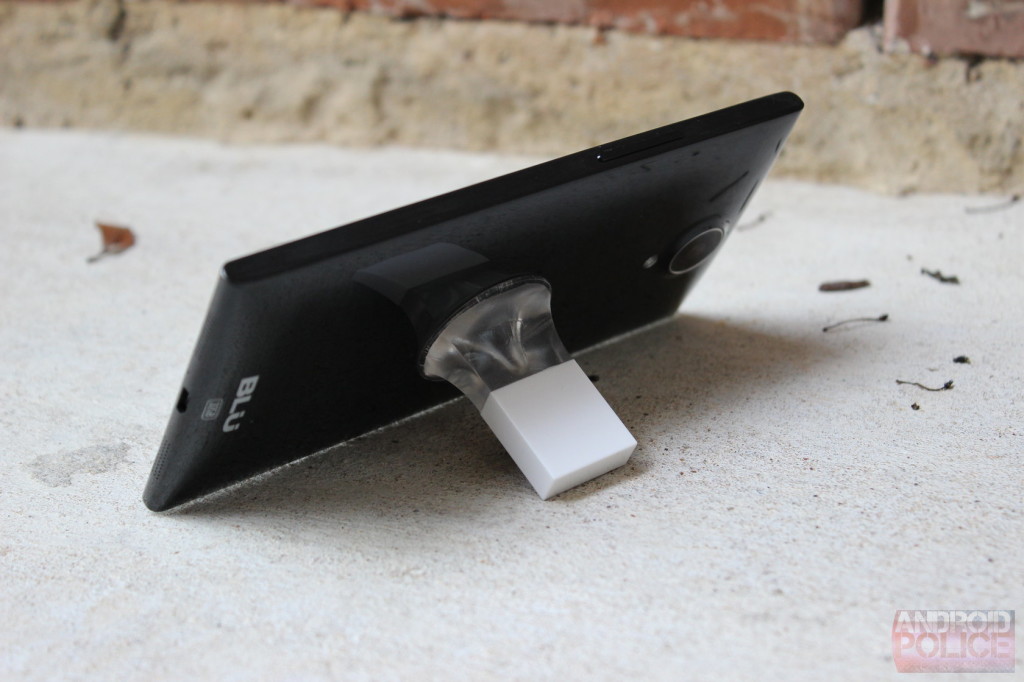 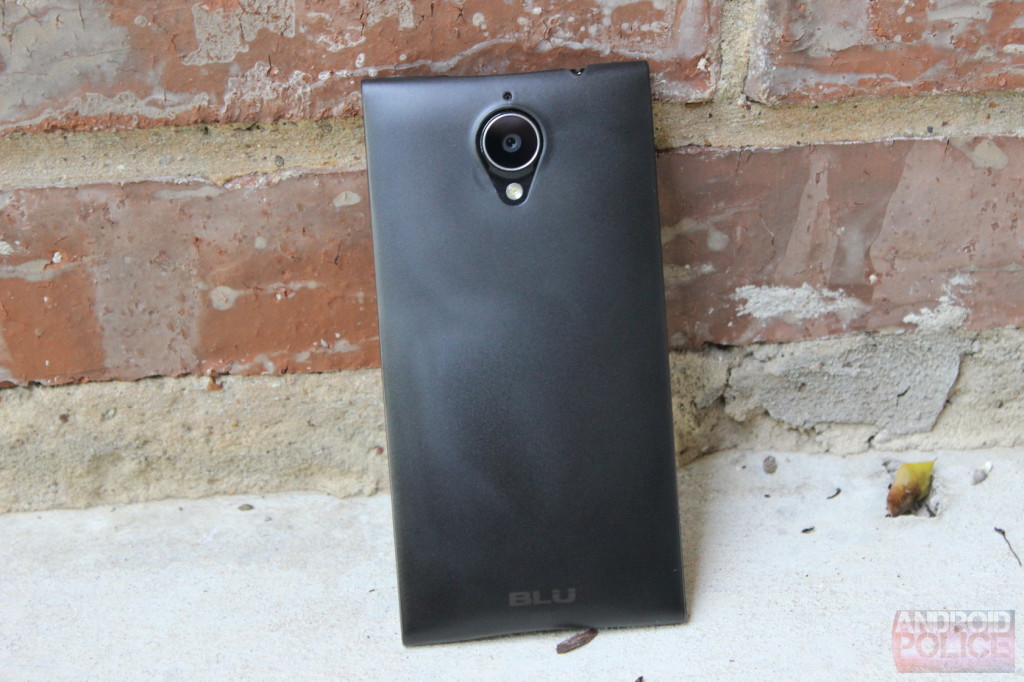 The bottom of the phone features the speaker, microphone, and microUSB charging port; the microSIM slot is on the left, headphone jack and power button on the top, and volume rocker on the right side. A pretty standard layout.

Like with most Blu phones, the Life XL features capacitive keys for OS navigation: menu, home, and back. It's still strange to me that a menu button exists in an Android 4.0+ world, but alas...here we are. While single tapping each button performs the expected action, the home button works triple duty: long-pressing it launches Google Now with search open, and double-tapping it brings up recent apps. Personally, I'd much rather have the menu key open recent apps instead of menu, and launch Google Now by double-tapping the home key. Ideally, I'd love to see a way of customizing these buttons in the settings menu. Perhaps something to consider for the KitKat OTA, Blu?

The back of the unit is where you'll find the massive 16MP camera. This is actually one of the stars of the show for the Life Pure XL, as the camera is quite good. It not only captures good-looking images right out of the box, but it also has a slew of advanced settings under "professional mode" for those who like to fine tune their camera experience. 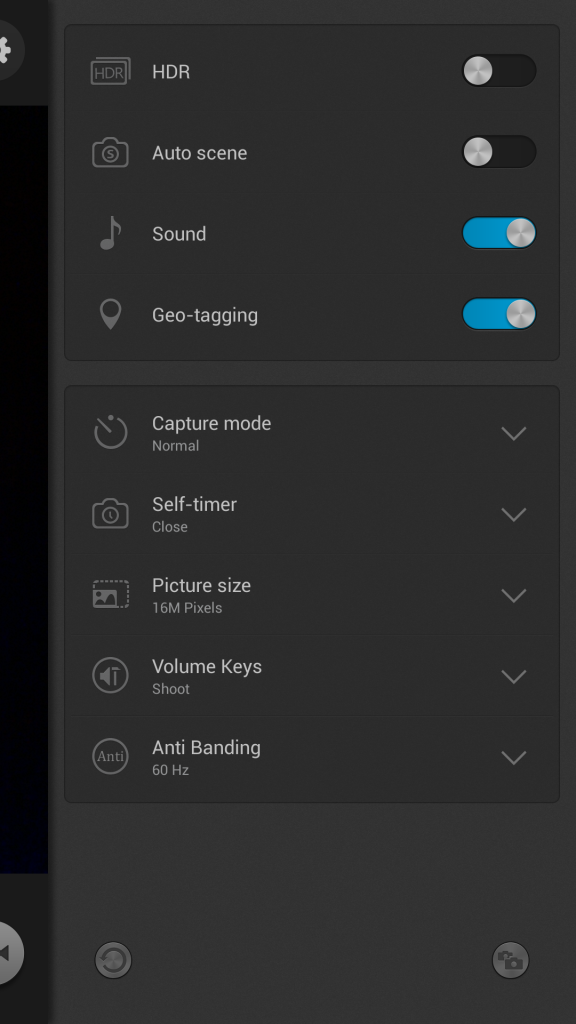 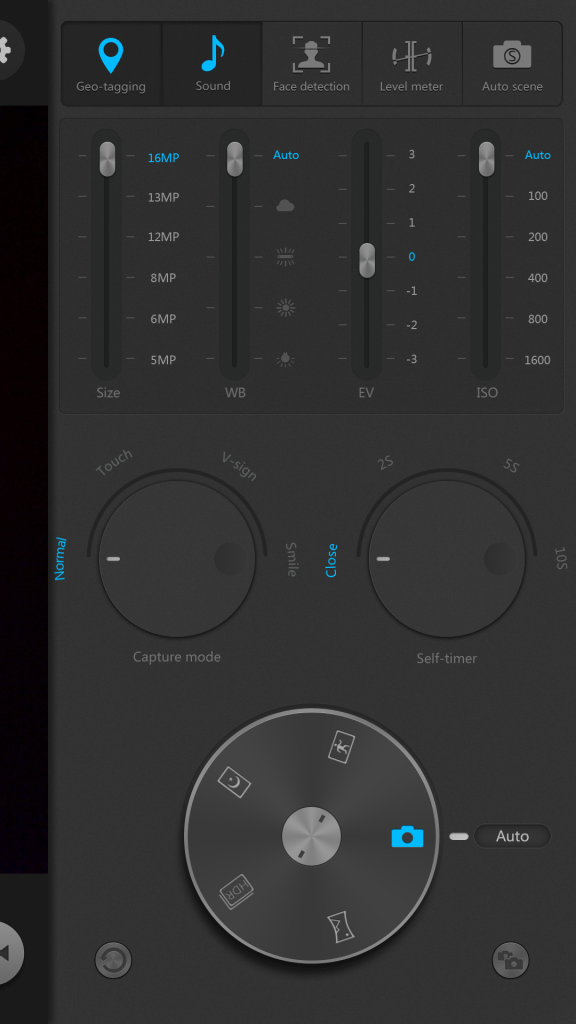 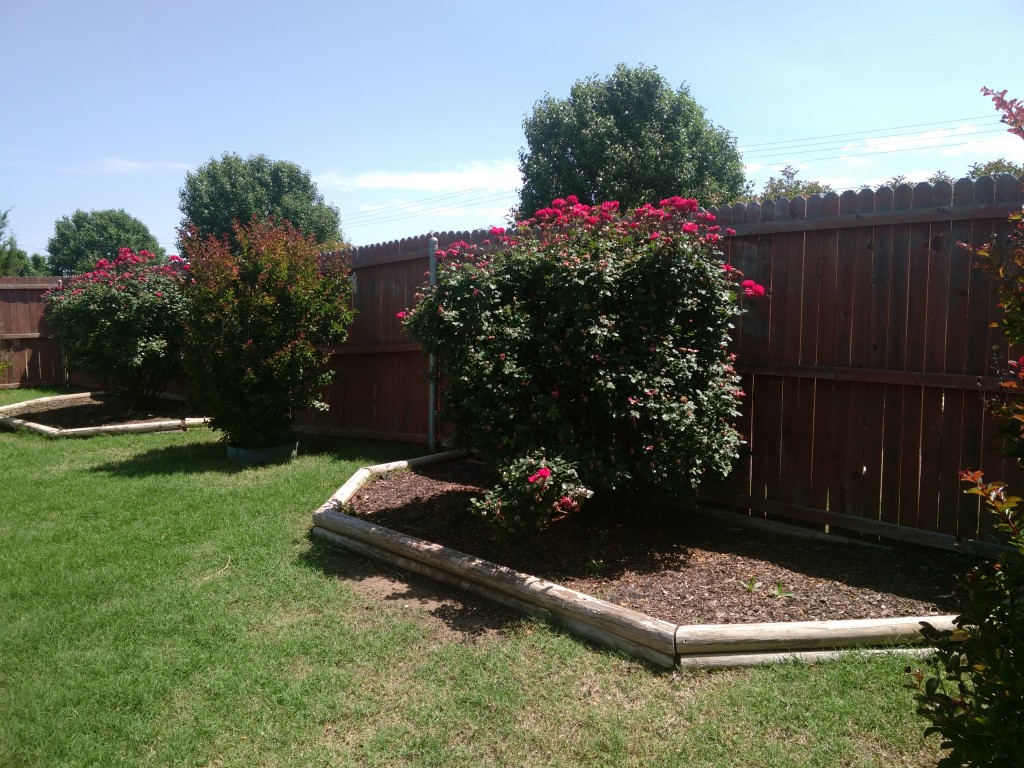 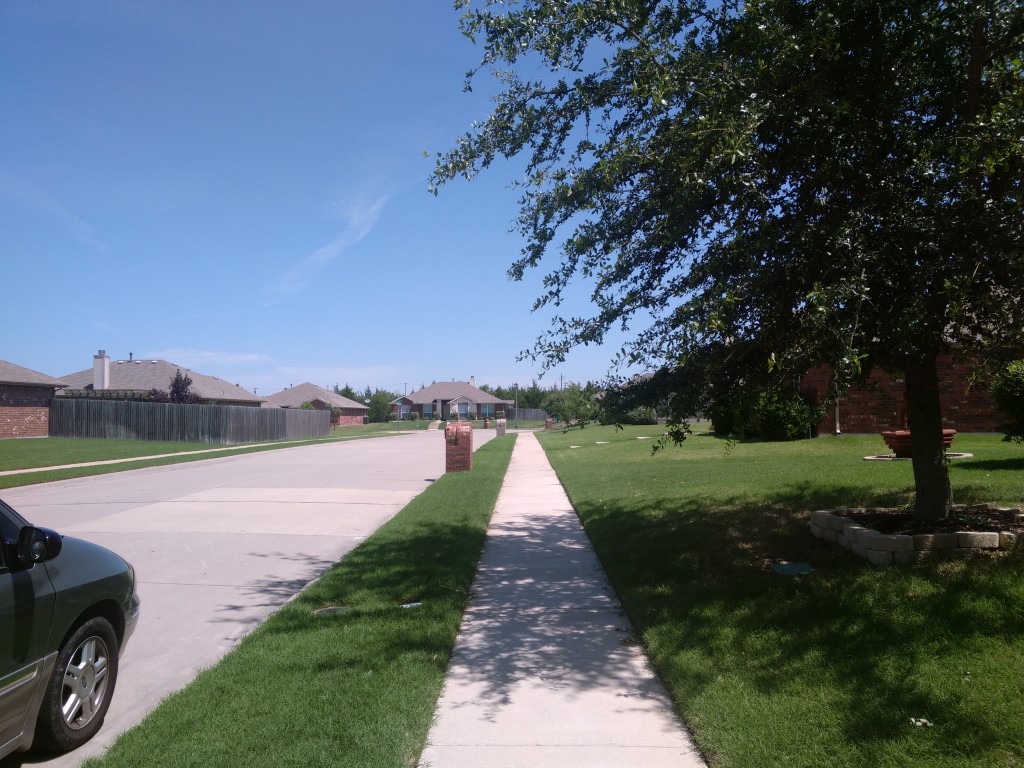 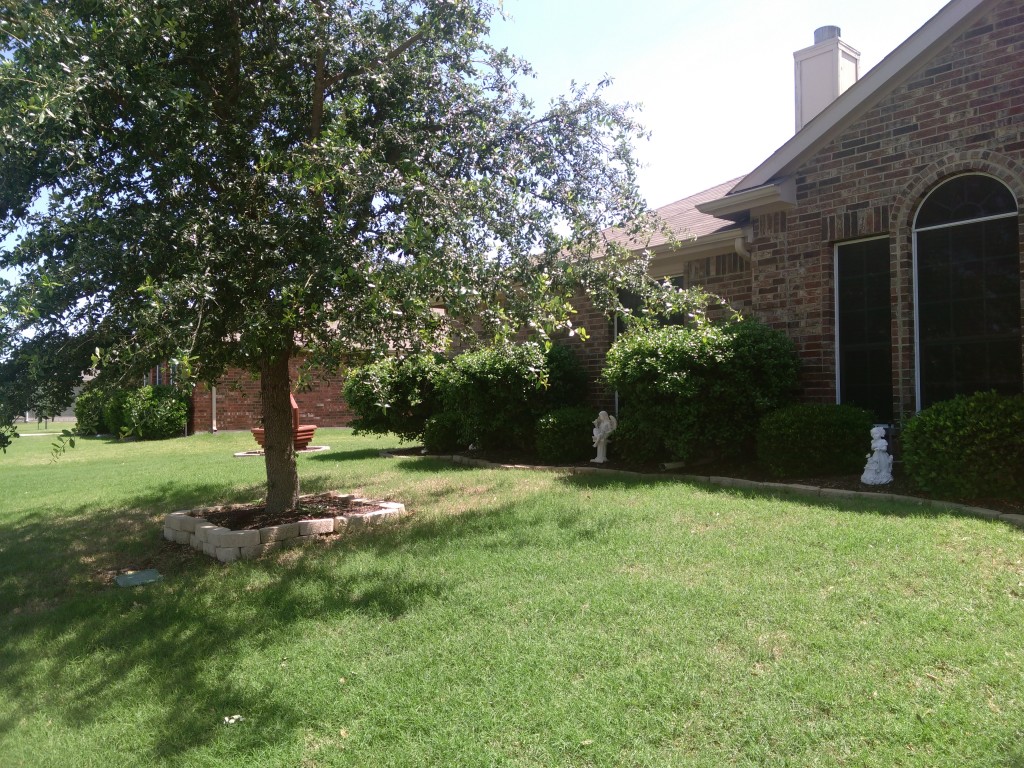 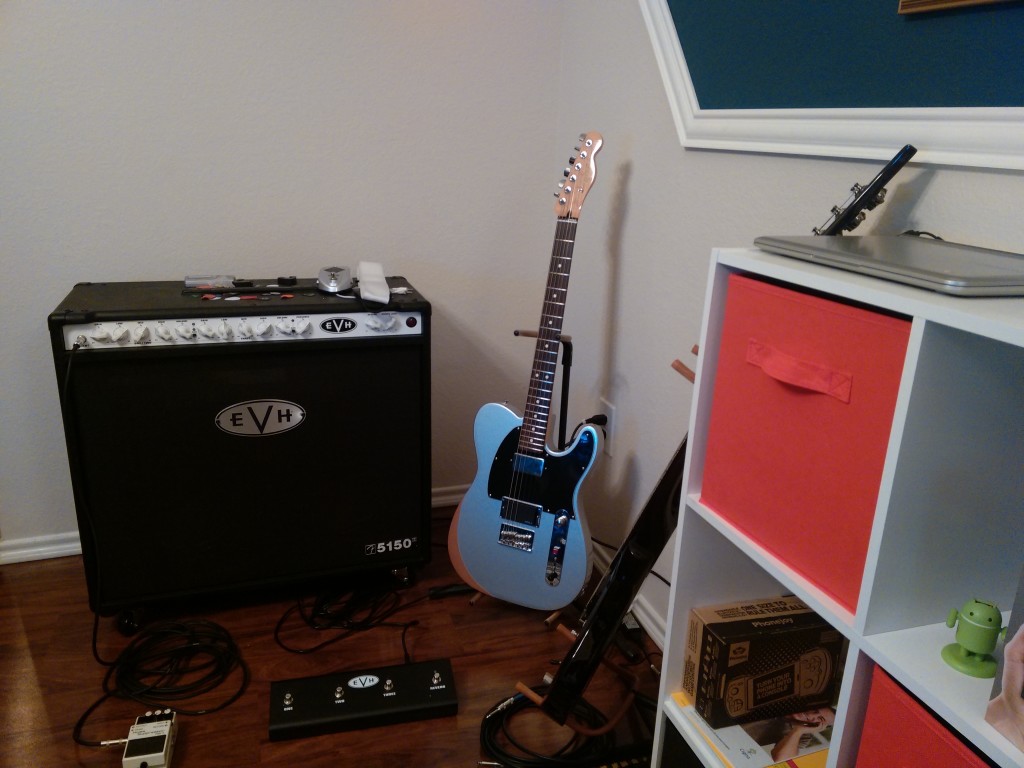 Finally, there's the display. I've personally had nothing bad to say about Blu's displays in the past, and the Pure XL does nothing to change that. Colors are bright and vibrant without being oversaturated, text is crisp and easy to read, and the viewing angles are very good. It's a very nice display, and I'd be willing to put it in the ring with the current crop of flagships. It may not be better than all the others, but it can definitely hold its own.

Like the other devices in the Pure series (the Life Pure and Life Pure Mini), the Pure XL runs a heavily skinned version of Android with a very simplified MIUI-like interface. While this makes OS navigation a breeze, it also severely limits some of the things that makes Android so good (like widgets, for example). Fortunately, third-party launchers like Nova make this a non-issue, and unlike the Pure/Pure Mini, the XL doesn't have an always-blurred background. So if the stock launcher isn't your cup of tea, toss another one there. 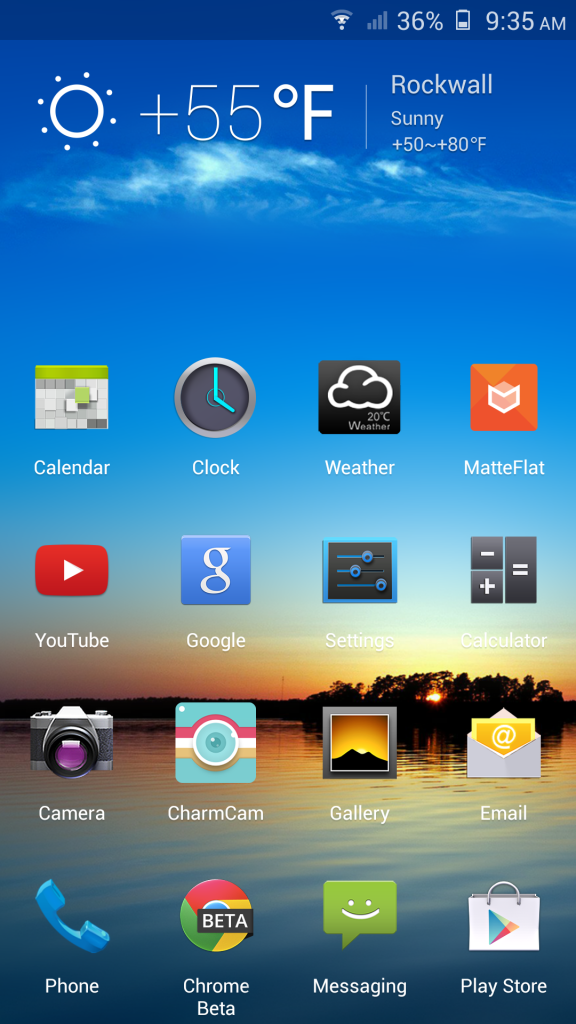 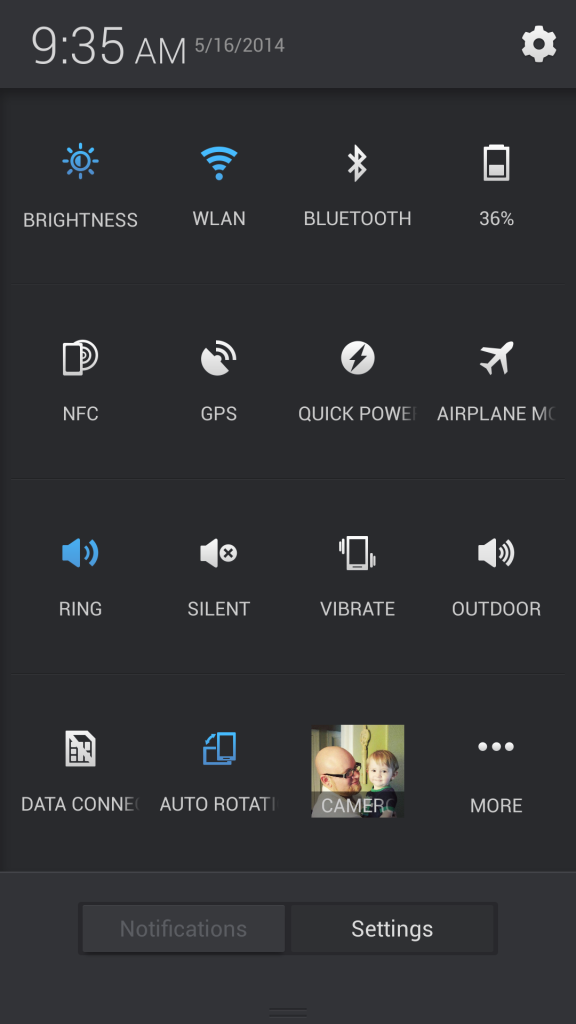 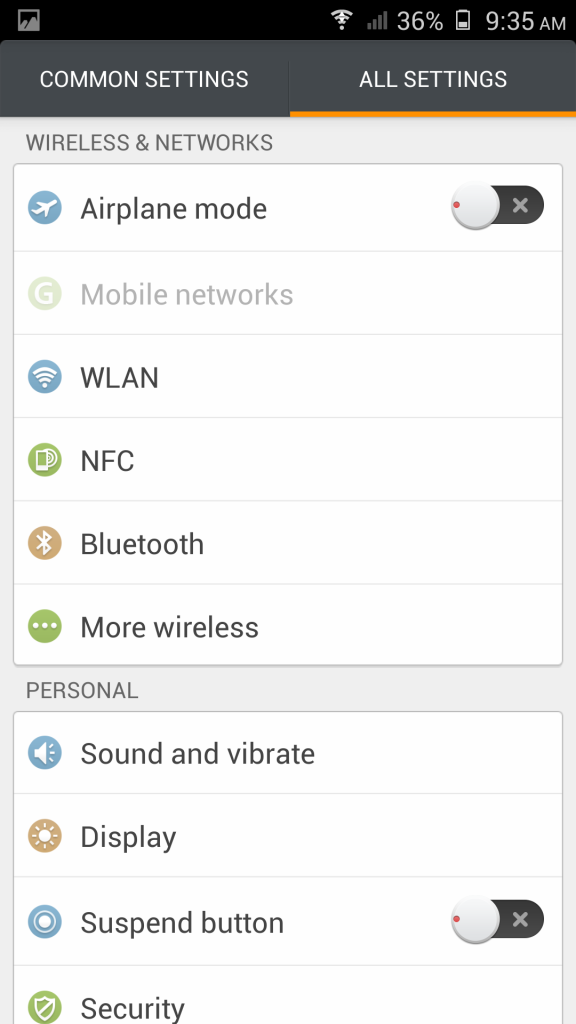 As stated earlier, the Pure XL is running Android 4.2.2 right out of the box. Fortunately, Blu is promising the update to KitKat next month, which is good news. I'm not going to deny that this device should've probably shipped with KitKat, but considering we're only a couple of weeks away from June already, this is the next best thing - the sooner it hits, the better.

In the performance department, the Life Pure XL is stupid-fast. The Snapdragon 800 hums along under this device's hood at lightning speed, and the 3GB of RAM makes sure you're never left wanting. Hands down, this is one of the fastest devices I've ever used - it handled everything I threw at it without a single issue.

Lastly, there's the debate between LTE vs HSPA+. There is no argument here: LTE is faster. It's a fact. However, when doing things like surfing the web, checking social networks, and light stuff like that, I don't personally notice much of a difference between the two. I do feel it, however, when looking at image-heavy sites (like reddit, for example), streaming video, or tethering. If you don't do a lot of those things, you may not feel the need for LTE. That said, if you're an always-connected internet-streaming junkie when away from the keyboard, HSPA/HSPA+ probably won't cut it for you. I do think the lack of LTE is an oversight on Blu's part, but I don't think it's enough to call it a dealbreaker. That's just my two cents, of course. 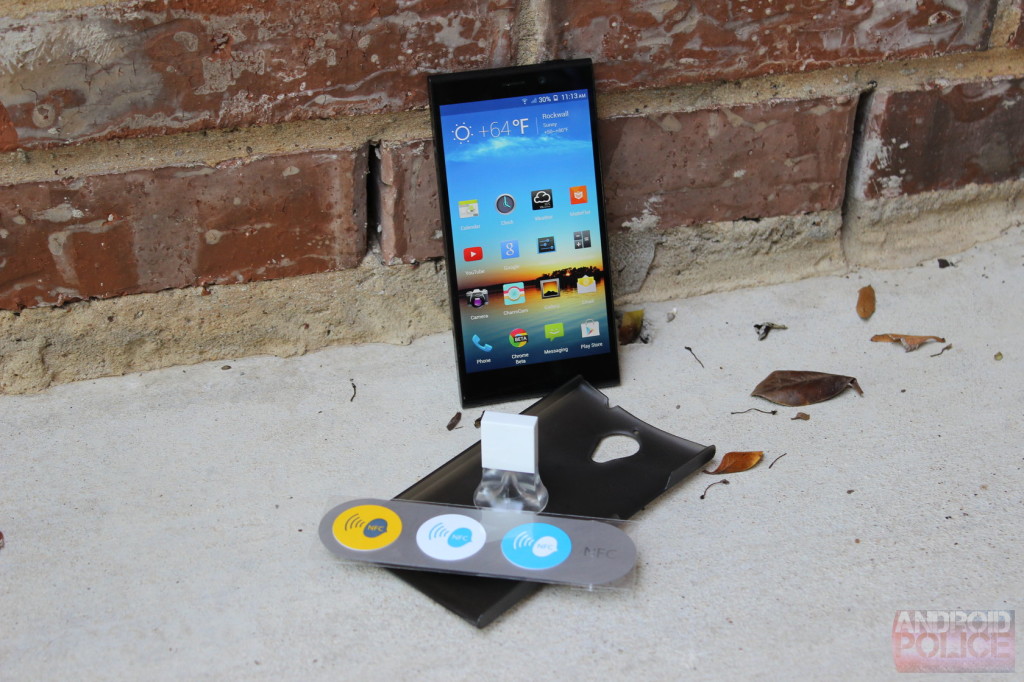 The Life Pure XL sits in an interesting position: it's a $400 flagship-quality phone, so it's essentially in direct competition with the new OnePlus One. While I realize there's a lot to like about the One from a user's perspective, that doesn't automatically mean there isn't a lot to like about the Life Pure XL. They're both pretty evenly matched, though the One does have LTE and Android 4.4.2 out of the box. But it's also on an "invite-only" list for the time being, and the Pure XL easily has a better camera.

Ultimately, they're both good phones, and there's one point to be taken out of all this: if you're sick and tired of paying $650+ (or signing a contract) for a new handset, the $400 flagships are here.