Xiaomi announced the Tegra K1-powered Mi Pad tablet today, but that wasn't the only impressive piece of tech the company had to show off. The Chinese manufacturer is back with its second smart TV, and this one's packing a 49" 4K display. To make things even better, the Mi TV 2 will go for CN¥3,999, a little over $600. 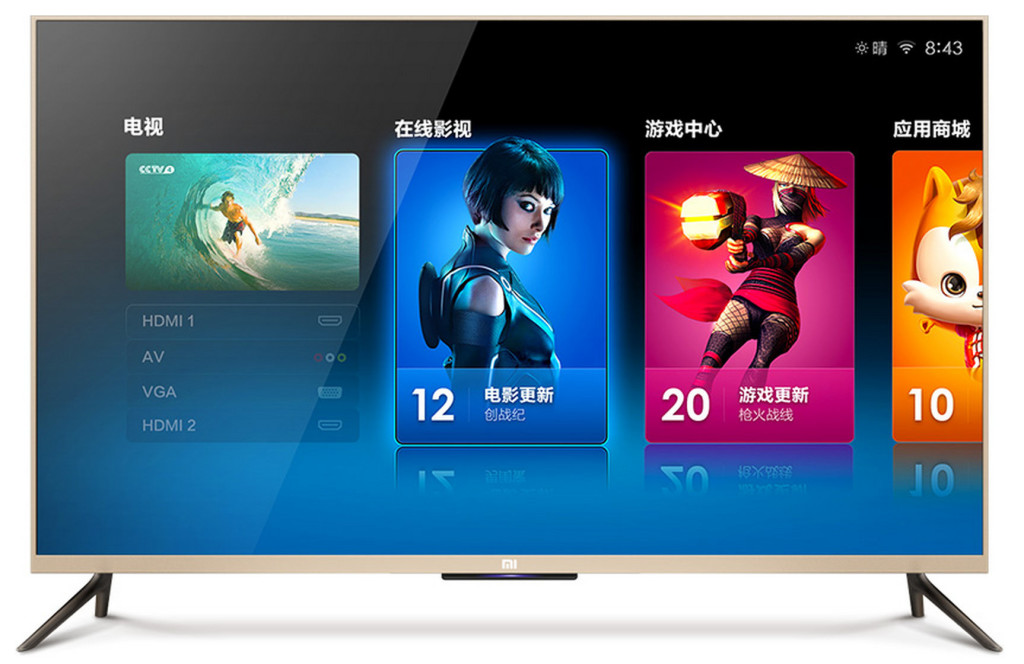 The Mi TV 2 has a MStar quad-core 1.45GHz processor, a Mali450-MP4 GPU, 2GB of RAM, and 8GB of internal memory that's expandable with a microSD card. On the software side, it's themed with Xiaomi's MIUI TV skin. The product is launching later this month in China, but we're not likely to see it ship overseas. Sucks, I know.