Google's little media streaming dongle has managed to take off, and now it's time to further leave the nest. The gadget that launched in the US has already expanded to Canada and countries all through Europe. Now the dongle has made its way across the Pacific to South Korea, the first country in Asia to receive access. 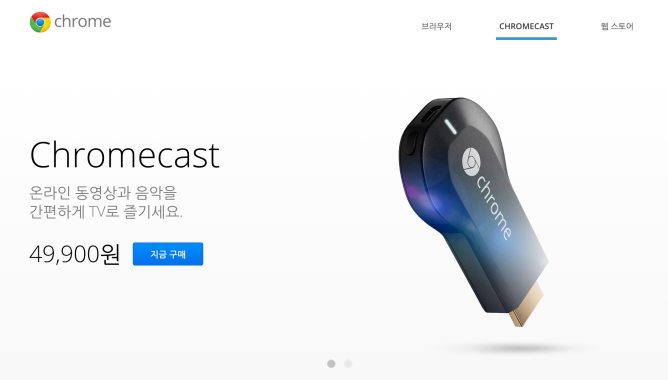 The Chromecast is going for 49,900 won, which roughly translates to fifty bucks. That's a little bit pricier than it its $35 tag stateside, but even that isn't all that much to ask for a product that's proven to be rather nifty and is only becoming more so with each new app update. There isn't much of an easier way to stream media to the TV, whether it's the stuff we stream here in the States, K-Pop (erm, which we also stream over here), or content from Tving and Hoppin. Just hit up the link below.