Rebel Twins, the developer of Daddy Was A Thief, is back with another zany Android game. Aliens Drive Me Crazy puts you in the shoes of a young lad who is understandably upset when aliens decide to invade. He grabs his nearest weapon, hops in the car, and speeds off. Despite the difference in concept, the gameplay is largely similar to Rebel Twins' previous work. Players hop between floors by swiping up and down, collecting coins, overcoming foes, and rescuing innocent Earthlings in the process. 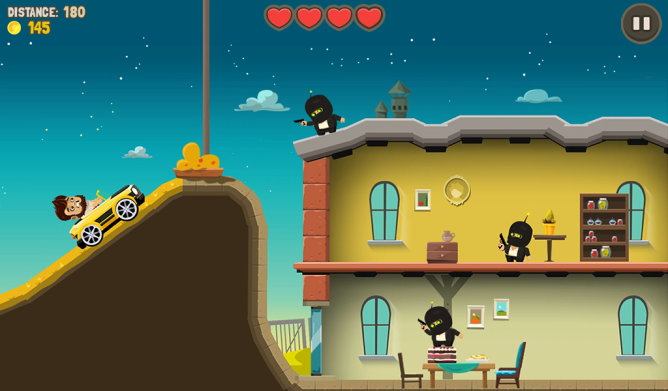 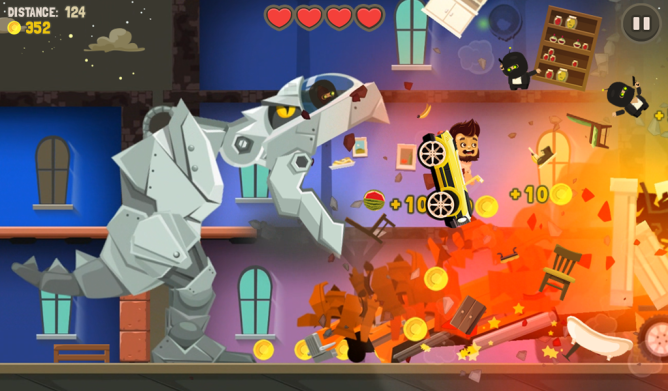 Out of the box, the game is ad-supported, but those can disappear for $1.97. There's also virtual currency to tend with, but that can be ignored with enough patience. If you've been playing Android games for a while now, then you know how the hustle goes. So here's a trailer, with a link to the Play Store available underneath. 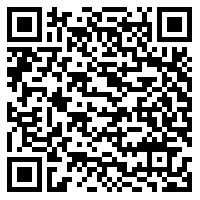