Welcome to the latest entry in our Bonus Round series, wherein we tell you all about the new Android games of the day that we couldn't get to during our regular news rounds. Consider this a quick update for the dedicated gamers who can't wait for our bi-weekly roundups, and don't want to wade through a whole day's worth of news just to get their pixelated fix. Today we've got a frontier version of Sim City, another toy-flavored defense game from Chillingo, an 8-bit falling game, and a Breakout clone that spends too much time on the Internet. Without further ado:

Would you like your city-building sim with a more down-home feel? Then give 1849 a try. In this game you're building a frontier town, hoping to attract the business of homesteaders and 49s on the verge of the famous California gold rush. There may or may not be gold in them thar hills, but there's certainly money in the traveller's pockets, not to mention in the surrounding soil. The sprite-based graphics are impressive, the plinky country music is appealing, and the IAPs don't unbalance the game... which is good, since it's on the expensive side.

The year is 1849, and gold has just been discovered in California. You decide to head out west, to seek fame and wealth in the approaching Gold Rush. Will you strike it rich and become an overnight mining magnate? Or build your fortune bit by bit by supplying 49ers with pickaxes and blue jeans? 1849 is a city management game set during the California Gold Rush. Your task is to build towns, populate them with workers, and keep your citizens housed, fed, and entertained. Chillingo is back with another edition of its long-running tower defense series, this time getting rid of the somewhat anachronistic WWII setting for something more playful.The sci-fi version of the game keeps the basic tower defense structure and the whimsical plaything units, adding in 8 enemy types for 72 missions. If you just want to try out the game, there's a free version available as well. Though the full game is paid, it still uses dual currencies and in-app purchases - boo.

Mega Dead Pixel is a retro-flavored entry in the "endless falling" genre. You guide your nameless white pixel through an 8-bit minefield of contrasting colors and shapes, collecting coins and power-ups to extend your fall or do better next time. Get far enough and you transform into the Mega Pixel (still a formless white square, just bigger) for more destruction. Chillingo's usual IAP system is in place - annoying, but not necessary for the single-player experience. International readers, here's your download.

Do all dead pixels go to heaven? The world’s first Addictive Arcade Retro Pixel Endless Faller. When pixels collide, it’s game over. Tap to steer your plucky pixel left and right as it descends through a minefield of dangerous retro shapes to build up your meter and transform into the almighty Mega Pixel. Master each descent to climb up the leaderboards and claim your place as the number one pixel. Grab coins to spend on game-changing headgear, bonuses, bombs and guns that’ll blast the pixels in your way, and much more. 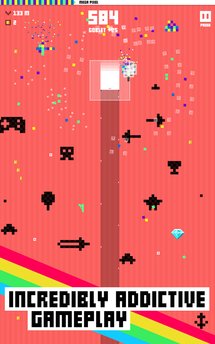 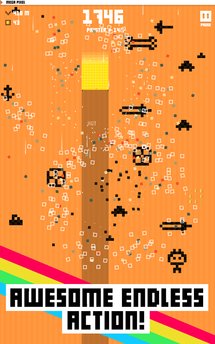 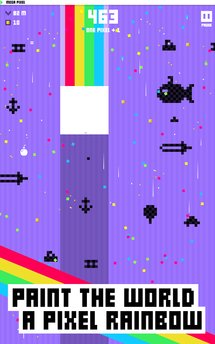 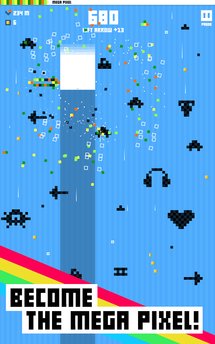 There isn't much to say about Meme Duel. It's a Breakout clone that looks like it was made by a 4chan addict who kicked the habit and took up coding instead. See all your favorite Internet memes, including Doge, Forever Alone, THIS IS SPARTA, and all the other ones we use in the Android Police office chat (because we're mature adults, we are). Whether or not the game has any merit on its own is arguable, but it includes a multiplayer mode and in-app purchases for power-ups.

Play solo or player vs player, MemeDuel is more than just Pong where you have to send a ball back and forth. Here, when the ball goes out of bounds, your defenses are there to save the day. But watch out. You 're not the only one to enjoy it: your opponent can also set up defenses. And not only defenses besides. Many bricks are available, sometimes even attack ones: a fastened canon bombards your opponent. In end-game levels, strengthens your defenses, by adding new bricks during the game.