Portal was released nearly seven years ago as part of the Valve Orange Box, which also included a few other games. Seven years is an eternity on the internet, but the excitement was still palpable when Nvidia announced it was working on a version of Portal for the Shield. Now here we are just a weeks later and the game is about to hit the Play Store. The questions we have to ask are... has Nvidia done the original game justice, and how does Portal hold up after so long?

There may be those among the Android Police readership who have not played, or (gasp) were too young to have played Portal when it came out back in 2007. If that's the case, be warned there will be some spoiler-ish content, but mostly toward the end. I don't need to go into extreme detail about how Portal works or what it is, seeing as the game existed long before it was ported to the Shield. Here's the short version with visual aids in GIF form.

At some point in the indeterminate future, your character (Chell) wakes up in the Aperture Science Enrichment Center. That's a polite way to refer to what you quickly discover is a diabolical experimental laboratory under the control of a maniacal artificial intelligence called GLaDOS (Genetic Lifeform and Disk Operating System). At the urging of GLaDOS, you venture out into the testing grounds to complete first-person puzzles with the super-neat portal gun.

There are no bullets to be fired (at least not by you), just portals which form a bridge between two locations in the level. You can walk through them yourself, but they also transport inanimate objects and energy. You'll have to toggle switches, fling yourself through the air, and avoid automated defenses to survive and unravel the mysteries of Aperture Science.

The original game had full controller support, so getting around with the Shield's controls is just fine. If you've ever played a first-person game with a controller, this is pretty much the same thing. I played Portal (and indeed most games) on a PC with a keyboard and mouse – that's just what I'm most comfortable with. I'm hopelessly bad in most first person gaming situations with a controller, but Portal is still a solid experience. 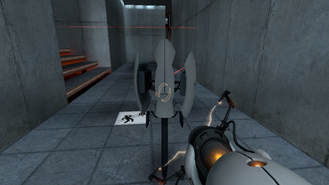 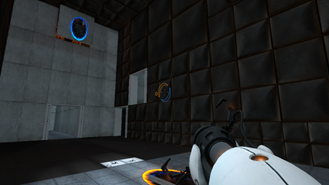 To be successful in Portal, you need to plan ahead and place your portals carefully. You can get that done even if you're more of a PC gamer type. The thumbsticks are used as you'd expect, to walk and look. The triggers are bound to the blue and orange portal action. Then you've just got the action button (right bumper/X) and jump (left bumper/A).

There's really nothing to complain about with the controls – it's all set up for you and the defaults are fine. Although, in the beta version I had for review, the look setting seems to be backwards, at least I think so. When set to inverted, it behaves the way I expect a controller to behave (i.e. push stick up to look up).

Portal was built on the Source game engine, the same basic version powering titles like Half-Life 2. This incarnation might be a few years old now, but porting that to Android/Tegra 4 opens up a huge world of possibilities for more PC games. Of course, that only holds true if it's any good. So is it? In a word: mostly. 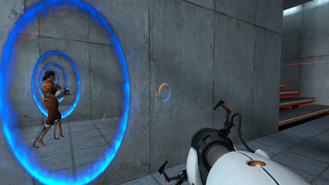 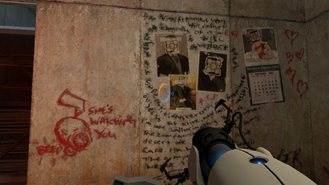 The Shield is rendering Portal at 720p on a 5-inch screen, and it looks great. It's very much what I remember from the PC version of the game. The textures are solid and all the animations are very smooth (the GIFs above were captured on the Shield). There were only one or two places I saw a slowdown, both of which involved rendering flames. 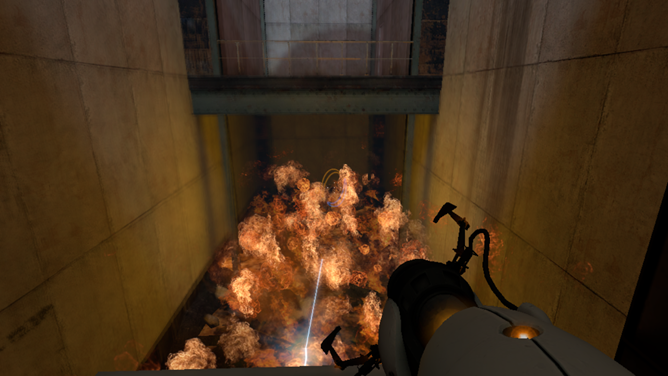 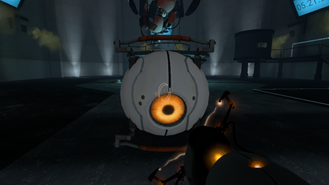 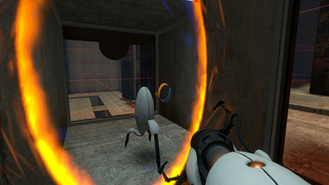 If you look at the screens blown up, you can see a fair bit of aliasing (jaggies) along the edges of objects. Let me stress again, this is hardly noticeable on the Shield. However, it does indicate Nvidia backed off the antialiasing to make Portal run smoothly. That might be a problem in games that take place in more open areas with greater draw distance or at higher resolutions.

Load times felt a bit longer than a PC, but memory bandwidth is still much more limited on mobile devices than PCs. The game launches in roughly 20 seconds and levels seem to load in 8-10 seconds. That's fine by me. 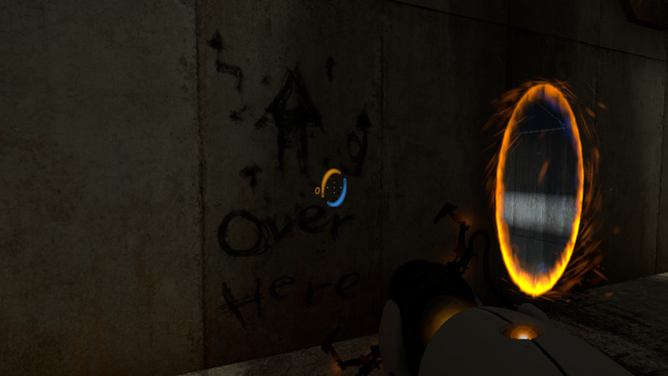 I'd say with a little tweaking, Source could run extremely well on Android at 720p. If you crank it up to 1080p on some other device in the future, I don't know if the Tegra 4 will be able to handle it. Perhaps Tegra K1 will knock it out of the park at 1080p, but Portal as it exists on the Shield looks more than good enough.

It's Hard To Overstate My Satisfaction

Portal is certainly not a long game with only 3-4 hours of gameplay to be had. However, every second of it – from the first portal, to the final showdown with GLaDOS — is fabulous. I haven't played the original Portal for a number of years, and I relished every moment of it on the Shield. I chuckled at GLaDOS' cold, impersonal death threats and felt a little sorry for the robotic turrets when I had to knock them over. And don't get me started on the Weighted Companion Cube. 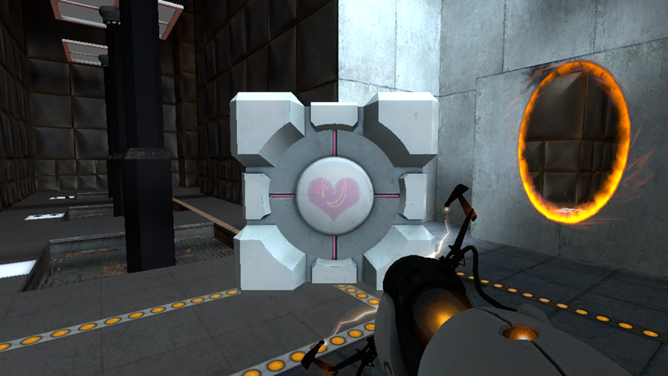 I'm happy to say this game holds up. The jokes are still funny and the puzzles are still delightfully challenging. When you finally figure out some of these quirky little physics trick, you can't help but smirk. Great game design never goes out of style.

Nvidia was working from good material, and it didn't mess anything up. I'll be interested to see what, if anything, this means for other Source engine games. For the time being, you can get Portal on the Shield starting May 12th for $9.99. That's the same price it's selling for on Steam right now, but it really is the same excellent game. Is 3-4 hours of Portal worth ten bucks? That all depends on whether or not you like awesome things. Now here's some cake... 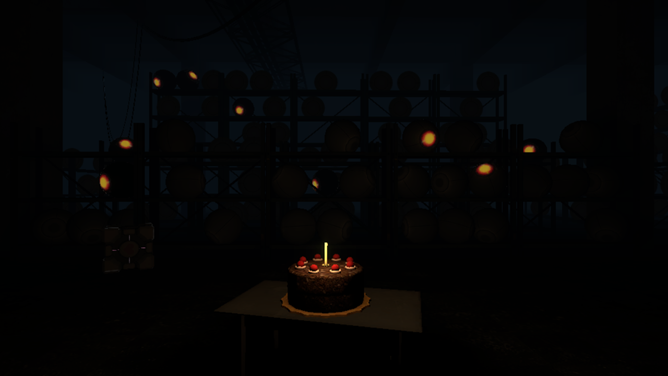