April has showered us with a ton of Android games, many of which are revivals or straight-up ports of notable releases on the PC and console platforms. There are more than a few awesome mobile-style games as well, so you've got a lot of variety to choose from in this month's best of the best. What follows is our picks for the top crop of Android games in April, in no particular order.

The fact that XCOM: Enemy Unknown has been released for Android gives me hope for mobile gaming. Not just because it's a fantastic turn-based strategy game in its own right, and not just because it's a resurrection of an almost-forgotten game style with fantastic production values. No, I'm hopeful because it's a full, AAA console and PC release that's been given a faithful Android port in less than two years. Aside from lowered graphics and the lack of multiplayer, every core element of the original Enemy Unknown is preserved for the touchscreen.

In XCOM, you play the commander of an elite human fighting force holding back an alien invasion. You command a team of up to six individual soldiers in the field, trying to out-maneuver and kill seemingly endless waves of aliens in turn-based combat. Positioning and choices are key: it's possible to end the mission with no deaths, but if one of your soldiers takes too much damage, he's gone forever... and so are his skills and equipment. The permanence of death makes each decision a tense one (and incidentally it will force you to learn to use the save function).

Back at the base, you'll advance the story and make choices on how to use your resources. Should you buy new fighters to shoot down enemy ships, or upgrade your weapons for more effective tactics on the ground? It's up to you, but if you choose poorly, you might lose support from nations in your coalition and end your game before the story does.

XCOM costs ten bucks, and you'll need some powerful hardware to run it. That's pricey for a mobile game, but compared to the $60 cost of the console version when it launched, it's more than reasonable.

The original Hopeless was a cute and terrifying sojourn into twitch gaming, forcing players to both tap quickly and be mindful of their surroundings. The second game in the series moves things to space (where no one can hear you squeal), but this isn't just a change of wallpaper. In addition to new weapons and enemy types, Hopeless: Space Shooting takes advantage of multi-touch hardware in a commendably unique way, allowing your tiny minions to shoot multiple weapons at once with a single multi-fingered tap.

You control a collection of tiny, terrified little marshmallow peep creatures, each armed with a laser against the gigantic alien monsters outside their tiny circle of light. The monsters will reach in and eat one of your quivering people periodically, unless you're fast and accurate enough to shoot 'em dead. The challenge comes from the fact that new peeps will also come in from time to time - if you're not careful, you'll shoot them too, killing a hapless victim and losing a chance to bolster your own numbers. Hold out until you can evacuate however many peeps you have left.

In addition to the Day-Glo color scheme and multi-touch shooting, Space Shooting adds new weapons that can spice up gameplay and interesting power-ups. Unfortunately, the IAP-powered structure of the original game is preserved, despite the fact that the sequel is paid. You can grind the game to get the upgrades without paying, but the "emergency blobs" come in at random, and not very often. Orange Pixel has made its name with simple, effective, old-school games with surprisingly tight touch controls. Groundskeeper 2 is a sequel to an incredibly simple browser game that was created in almost no time, but the second go-round has been given a much bigger and more impressive treatment. It's a 2D side-scrolling shooter that borrows heavily from "roguelike" RPGs. Your job is to shoot the bad guys. That's about it.

There's a story underneath the pixelated carnage and screen-filling attacks, but it basically boils down to "shoot all the dudes, collect stuff, make better guns and armor, then go shoot all the dudes again." That's not a bad thing with a simple game like this, and the stacking weapon upgrades combines with charming 8-bit locales should keep you interested enough to keep playing. Though the game's graphics are decidedly low-fi, the action is constant and relentless, so it all evens out in terms of gameplay.

Groundskeeper 2's on-screen controls are tight, like all Orange Pixel games, but you have other options as well. The game uses hardware controls for the NVIDIA SHIELD, Xperia Play, MOGA controllers, and the Green Throttle controller. It's two bucks with no in-app purchases, but if that's not cheap enough for you, there's also a free version with advertising. Baldur's Gate was a genre-defining game that helped lay the groundwork for dungeon crawlers for decades. And surprisingly, the mouse-driven user interface from the original PC game makes a great transition to touchscreens, especially tablets. The game is set in Forgotten Realms, a sub-section of the much-loved Dungeons and Dragons universe. After a frustrating collection of development delays, it's finally available on Android for a hefty $10. 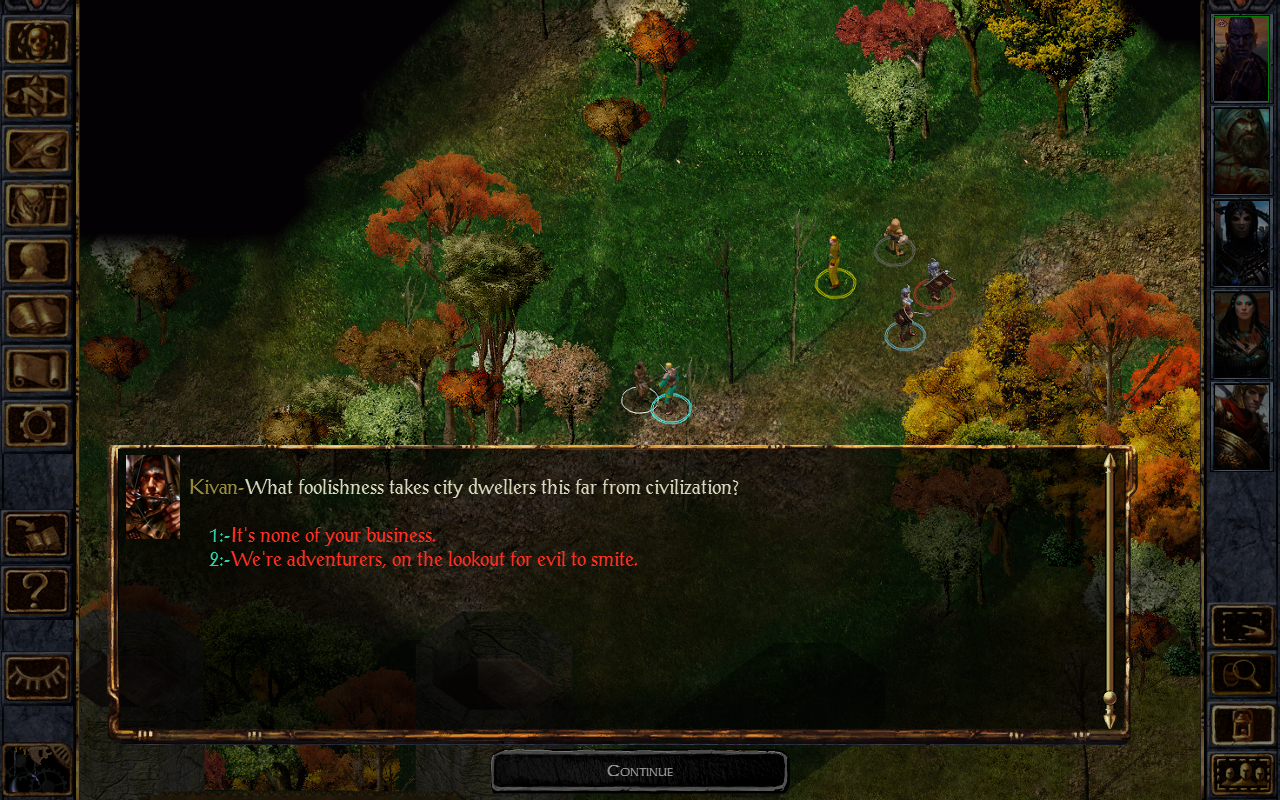 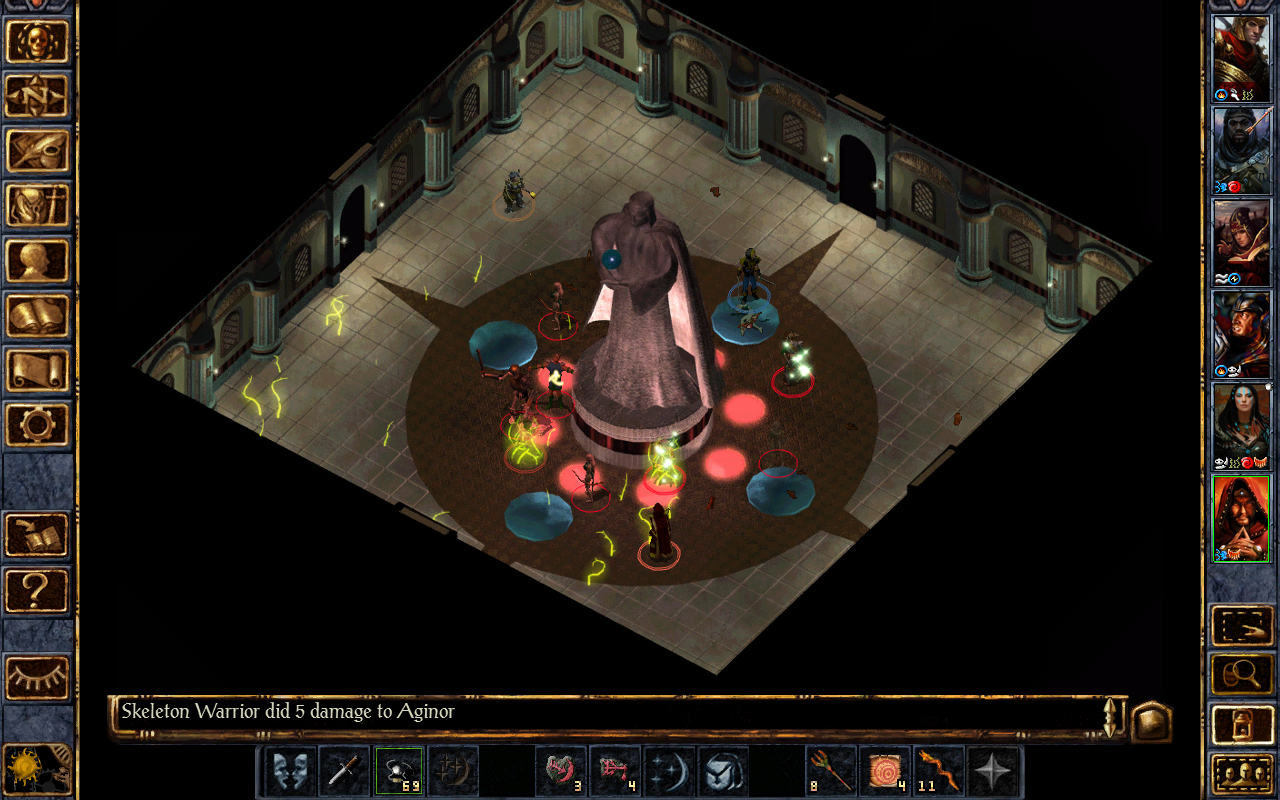 Baldur's Gate is a standard top-down role-playing game, but the sheer density and variety of its story and combat makes it worthy of consideration for any fan of the genre. The original graphics have been spruced up for HD hardware, and though the somewhat rusty mechanics of the series will take some getting used to, once you're in, the massive 60-hour primary story can suck you in. If that's not enough, the developers have thrown in some of the original expansion packs as in-app purchases (the core mechanics of the game have not been altered except where necessary for UI purposes). 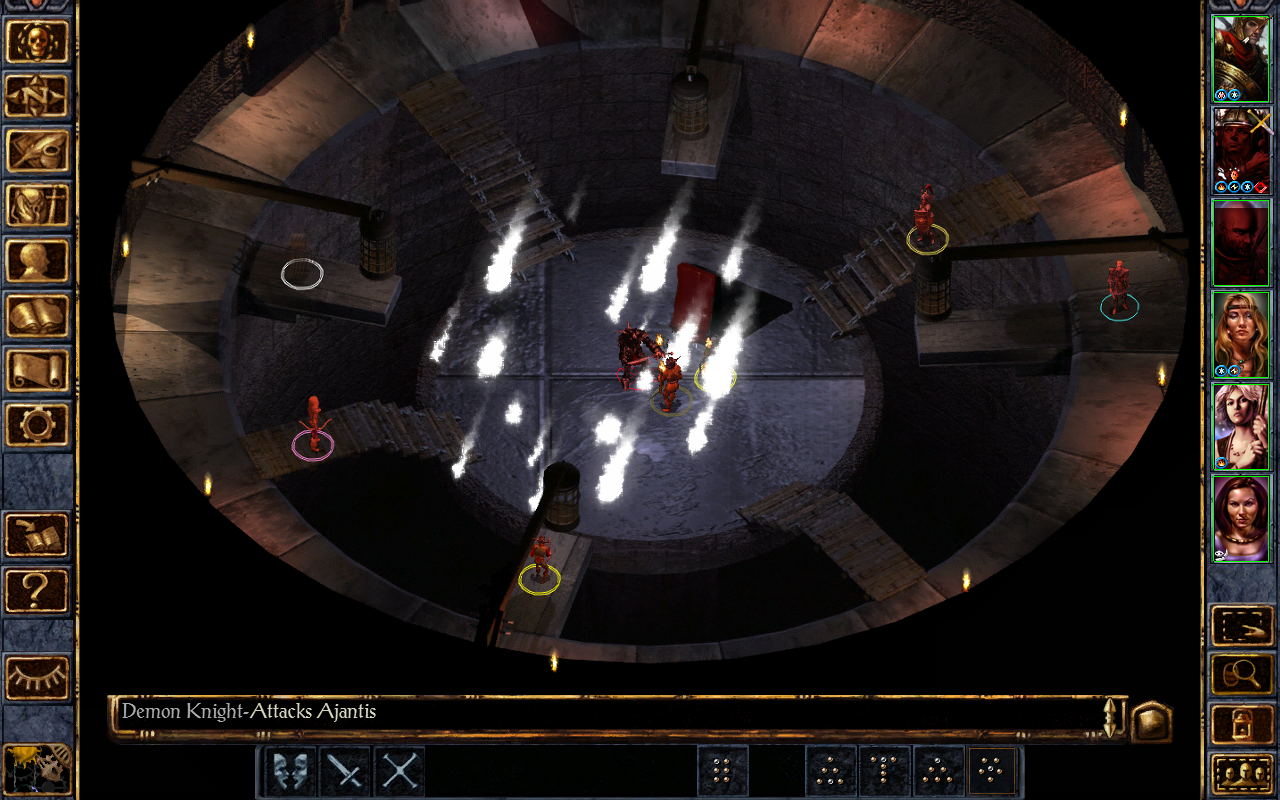 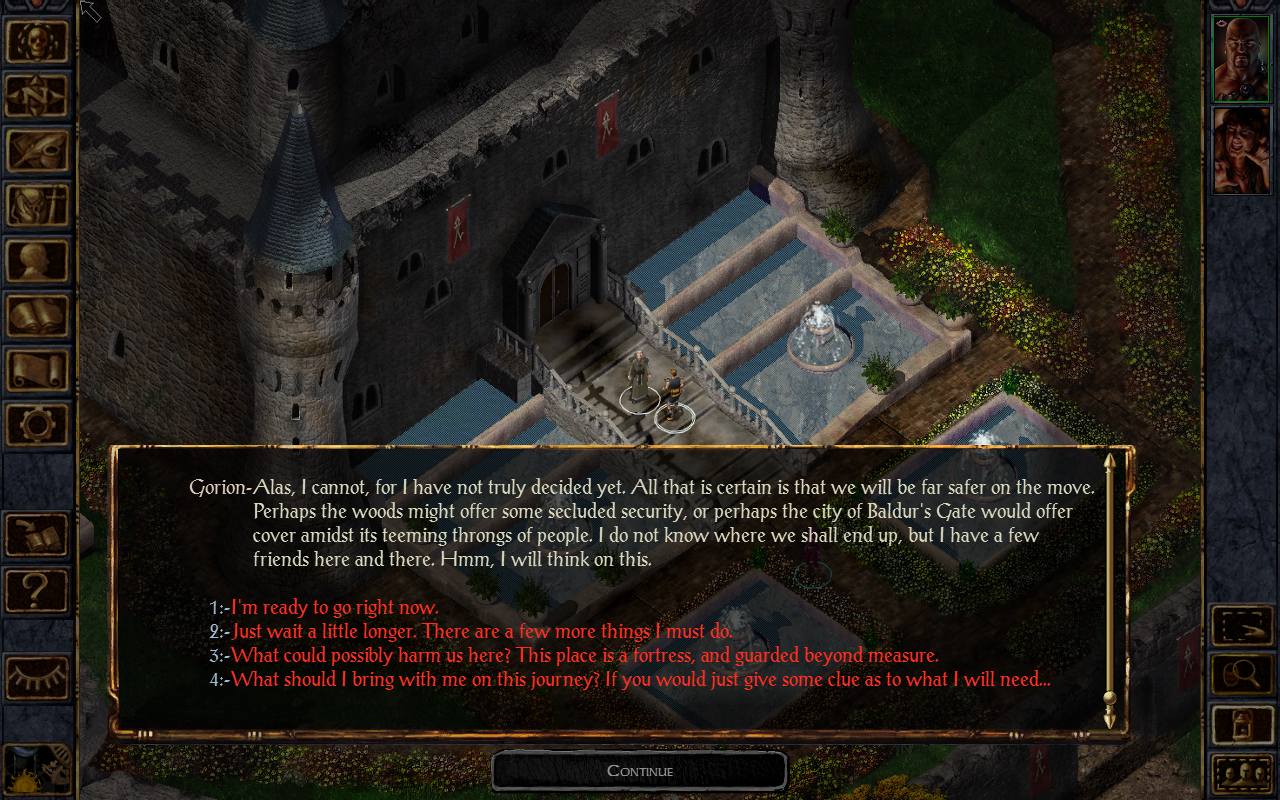 RPG gamers who were weaned on Pokemon and Final Fantasy probably won't enjoy the top-down, real-time combat in Baldur's Gate, but if you've played Diablo, The Witcher, or similar games, you should be able to get into the swing of things. A few optional add-ons include professional voice recordings and expanded character portraits. A zombie driver game? In MY best-of roundup? It's more likely than you think. Dead End earns a spot on this list for bringing a unique style and outlook to both racing games and undead gore-fests, something that should be commended among a never-ending parade of "me too" zombie games. The combination of grindhouse aesthetic and an old-school, LCD Game and Watch color pallet makes Dead End one of the most visually appealing racing games on Android, and you don't even need high-end hardware to play it!

You are a lone survivor in a zombie-infested wasteland, and your tricked-out hot-rod is your weapon of choice. The objective is to run over as many zombies as possible while driving from an over the shoulder perspective, in a manner that will be familiar to anyone who remembers the days before polygons invaded racing games. Killing more zombies and avoiding hazards will grant you cash for upgrades to your ride.

Dead End is a free game, but the only in-app purchase is a single $2 option to unlock the whole thing. That's how you utilize IAP the right way. The game does use currency as a means of progression and upgrading, but there's no push to exchange real dollars for fake ones. Everyone who's a fan of the overstuffed zombie genre should check out this one, if only for the unique visuals. The Walking Dead: Season One

Another zombie game? Hold up, skeptics - this isn't your typical run-and-gun mindless bullet-fest, this is Telltale's The Walking Dead, an adventure game that's received as much acclaim on PCs and consoles as the TV and comic series of the same name has. Not to be confused with the two licensed action games that are already available on the platform, this game is all about story and decisions, not twitchy actions. After a period of exclusivity on OUYA and Amazon, it's finally available to all Android players.

You are Lee, an escaped criminal who's trying to survive with the orphaned Clementine in a zombie-infested America. But the undead are only half of your problem: the living survivors of this apocalypse are just as dangerous as the walkers, and you'll have to cooperate or conquer to see the end of the story. The decisions you make are given weight thanks to full cutscenes with impressive direction and voice acting.

The Walking Dead is available for all Android devices running Gingerbread or higher, but it is a port of a PC game, so you'll need decent hardware to play it to the fullest. The game has support for SHIELD and other hardware controls. The first episode is free, but you'll have to pay five bucks each for the following chapters (which is pretty reasonable next to the pricing for the original game).

Holy tapdancing cows, my eyeballs! The shoot-em-up genre has had its flashier entrants over the last ten years or so, but Abyss Attack takes the cake in terms of sheer visual splendor on Android. The combination of a neon color palate and a deep-sea setting (you pilot a sci-fi submarine instead of a spaceship) makes for an incredibly unique game. Gameplay is two-dimensional, but the 3D graphics and lighting effects are some of the prettiest and most unique that we've ever seen in this type of game.

Technically Abyss Attack is "endless," in that there are no set levels or end goals, but it will throw a boss attack at you every once in a while. Powering through the endless waves of underwater baddies will help you find new weapons and power-ups for your battle sub, allowing you to go further and deeper. Six different submarines help to shake up the action. 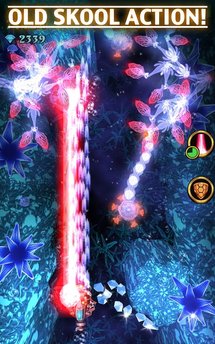 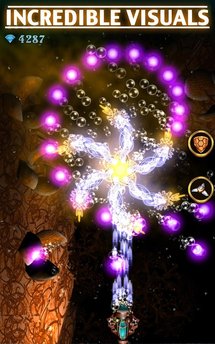 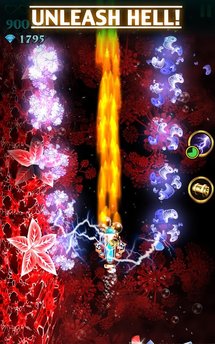 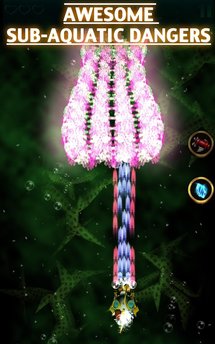 The game does have the typical free-to-play trappings of in-app purchases with a currency-focused upgrade system, but we've seen worse implementations. The more annoying bit is probably agreeing to the EA end user license agreement (mobile publisher Chillingo is owned by the gaming giant). Still, Abyss Attack is absolutely worth a look for space shooter fans.

That's all for April. Don't tell anyone I did this, but because you're a good reader and took the time to look at this filler text at the end of the article, I'm going to tell you that there's big Android gaming news coming up later this week. Now technically I'm not supposed to say that, but if you keep quiet, I'm sure no one will come into my house and kidna