Someone at the Caterpillar equipment company had a lot of fun devising this promotional video for CAT's Android-powered, ruggedized smartphone, the B15. In addition to some dramatic drops using machines right out of a Tonka fantasy, the demonstrators set up a line of 600 smartphones, all powered on and running, then ran over them with a CAT 277D Multi-Terrain Loader weighing over 9,000 pounds. Let's watch!

Naturally the phones come out unscathed, or at least apparently so. That's because the CAT B15 might just be the toughest "rugged" phone yet: this brick of a device covered in thick rubber and plastic is designed specifically to be abused at construction sites, oil rigs, and other hazardous workplaces all over the world. It's not exactly a looker, and it might not even fit in your pocket, but if you're a worksite manager and/or The Hulk, it might be the phone for you. 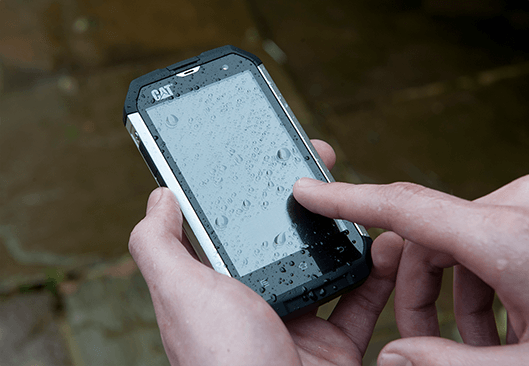 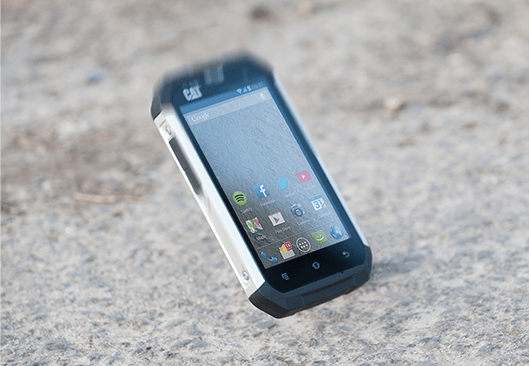 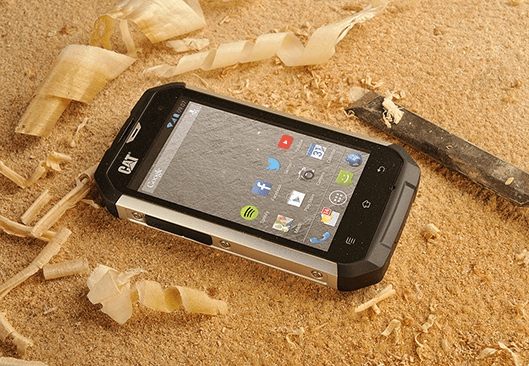 The B15 has an Ingress Protection rating of 67, meaning it's protected against all dust and immersion in water for one meter up to 30 minutes. It's also tested to Military Standard 810G for shock, vibration, and temperature, though that claim is a bit nebulous - check out this post for more details. The chunky 125x69.5x14.95mm aluminum body covered in rubber and Gorilla Glass makes it impervious to drops onto concrete from 1.8 meters.

Internals aren't much to brag about: that huge body has only a 4" screen with an 800x480 resolution, and it covers a MediaTek 1GHz dual-core processor, a mere 512MB RAM and 4GB of storage, and the rear camera is 5MP. In terms of comparable devices, it's basically a Nexus One in a bomb-proof box. It does run Android 4.1 according to the CAT spec sheet, and the 2000mAh battery is removable, along with a MicroSD card. 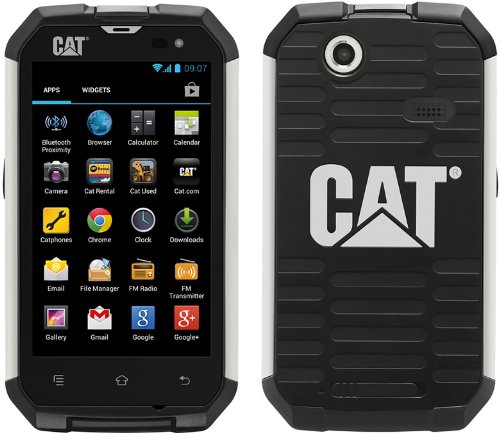 The CAT B15 isn't new, but before now the unlocked 3G phone was available only through dealers. Starting on Friday you can pick one up from this Amazon reseller for a reasonable $343.

And just so we leave no phone unturned: CAT's front-end loader test is impressive, but it comes with some caveats. For one, the 277D is one of the smaller machines in the company catalog - it's much heavier than, say, a heavy-duty pickup truck, but nowhere near as heavy as a bulldozer. The tank treads on the loader (rubber, not metal, you'll notice) would also distribute the weight so that no one B15 phone is taking too much at one time. And the way that the test was set up, with 600 phones in an expensive "road" for the loader, means that the weight is even more distributed. I'm sure most normal phones wouldn't survive the same test unscathed, but if you try to run over your B15 phone with a steamroller or a tractor, you might be able to see just how rugged the insides are.