Google has begun rolling out an update to the Play Services package we all know and love. Details about version 4.4 have already been posted to the Android Developers blog, and it features updates and new features to the APIs for Maps, Mobile Ads, Activity Recognition, plus a few minor fixes for Games Services and Wallet. Aside from general bug fixes, it looks like this update is mostly about giving new tools to developers. 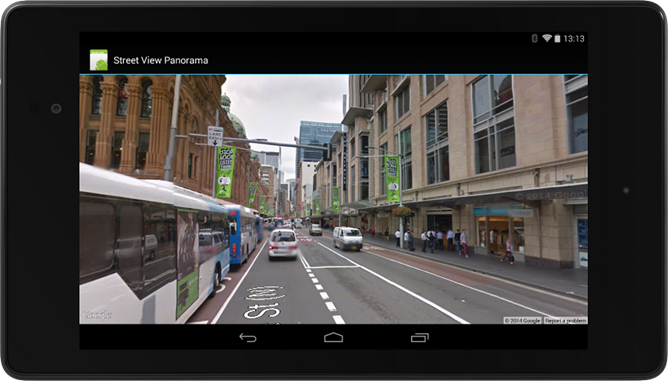 The biggest improvement appears to be a new API for Google Maps that allows developers to expose Street View imagery in their own apps. Developers have always had the ability to incorporate satellite and street maps, but this will be the first time that street-level photos will be directly accessible outside of the Maps application. It looks like most of the standard features are available, including 360-degree views, zooming, and motion transitions.

Activity Recognition is also gaining a minor improvement by now distinguishing between walking and running. Until now, the only activities explicitly covered were: standing still, walking, cycling, and in-vehicle. Developers would have previously had to watch the accelerometer to determine the difference between running and walking.

Mobile Ads also gained a pretty significant new feature which now allows users to purchase advertised products on special promo ads directly from publishers without having to transition to a new app or web page. This could be a great feature for just about everyone, but it could be dangerous to the impulse buyers out there. There is also a more involved targeting framework for offering different ads based on the type of user. This could mean featuring premium products to users with high-value buying habits, popular products to new users, or specialty items for those with specific interests.

Stay tuned, I'll be digging into the apk for a potential teardown.

Google Is Offering Select People The Opportunity To Buy Up To Five Albums On Play Music For ...