While Word Lens does remain one of our favorite pieces of software, there's no denying the company's product has a serious feature gap: support for Chinese and Japanese characters. Enter Waygo.

Waygo is basically World Lens for Chinese and Japanese (no Korean yet, unfortunately), and the free app allows you up to 10 translations per day at no charge. If you want the full version, the upgrade will cost you $7 for a lifetime license. There's also a $2 1-week "tourist" license, though I didn't see that option when I was using the app. 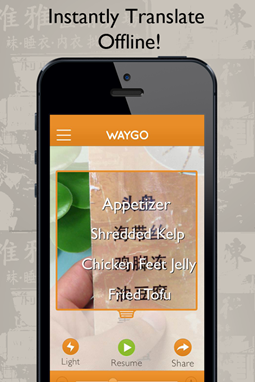 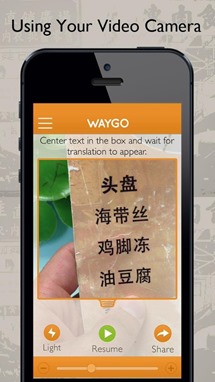 Waygo stores all of its translations locally, so no internet connection is needed in order to use the app. Waygo does caution that it probably won't recognized stylized CJK characters or calligraphy, so no, you won't be able to tell if your $10 print from that guy at the market who "translated" your name to Chinese actually says "fish head" instead of "Steve." You will, however, be able to order at your local Chinese and Japanese restaurants without having to ask the waitress what every other item on the menu is. Hopefully. Also, Waygo would like you to avoid killing chickens, too (see video).

The app is highly regarded on iOS, so the Android launch has doubtless been awaited by users for some time, especially with a relative dearth of alternative options currently on the market.

Head over to the Play Store to try it out now.