It seems that even when our phones are covered in metal and marketed as the pinnacle of mobile hardware design, we can't get away from manufacturers who want to make them pink. HTC apparently thinks there are at least a few consumers who want a blush-colored One M8, because Evleaks just posted a promotional shot of said phone in pink. Every millimeter of the M8's aluminum shell is covered in the rosy hue. 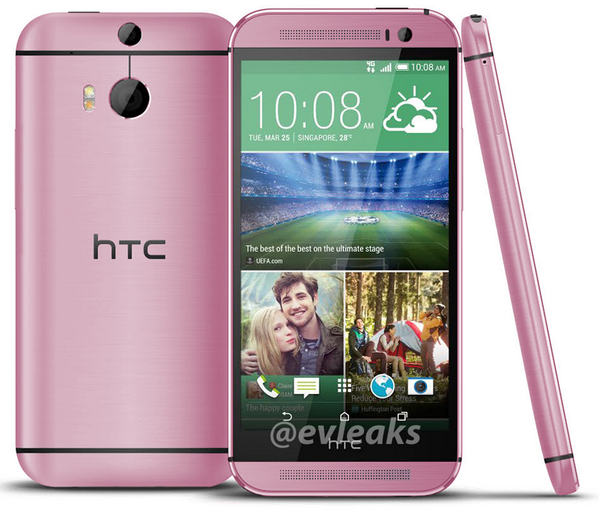 At least it's a subtle pink, the respectable pink that you'd expect to see paired to pearls instead of the eye-searing hot pink that seems popular with the Hot Topic crowd. And since one of the One M8's standard international colors is gold, it's not even that big of a step down in the sense of taste. Without wishing to set off any politically-correct alarms, I'd say it's a safe bet that a pink phone would be marketed to women. The proximity to Mother's Day in the  United States and other countries may be a fluke - with just five days left, HTC's retail and carrier partners wouldn't have time to promote the color option.

Pink phones tend to be marketed primarily in Asia, but it's always possible that one of the American carriers will pick up the pink M8, if only so it has a color option that others don't. I wouldn't wait on it, though - there's no telling when or if HTC might bring it to market. Evleaks previously hinted that red and blue colors are also on the way.

OnePlus Re-Prioritizes Delivery Schedule, 64GB One Availability Timeframe Bumped Up To End Of May