Do you like buttons? The successful Pressy Kickstarter last year made it clear people were really jazzed about getting one configurable button on their phones, but what about four of them that connect via NFC? That's what the Dimple is, and it's currently raking it in on Indiegogo.

The Dimple is a little band-aid deal that sticks to the back of your NFC-enabled Android device. On it are four buttons that you can press to activate various actions. Some of the examples in the video are launching apps, taking pictures, and turning on the LED. You can even add multiple Dimples if you want to play your phone like a bizarre little musical instrument. There will be a Dimple app, but an SDK will allow developers to build more features too. 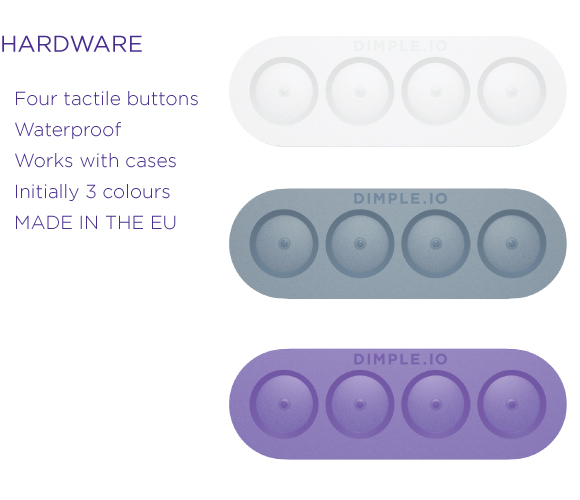 Because it's powered by NFC, Dimple is very thin and requires no external power. It will come in a variety of colors so as to better blend in with your device, but it won't work on phones or tablets with metal enclosures — sorry HTC One M7/M8 owners. Some devices with especially powerful NFC readers will even work with a Dimple on the front.

If you're interested, you're looking at $25-27 for one Dimple, to be delivered in August. This is a flexible funding campaign, which is usually a bit fishy, but this product looks pretty legit and the campaign is already over one-third of the way to its $43,000 goal in the first day. It's going to happen.