If most of your exposure to American culture comes from television and movies, you might get the impression that everyone in the country lives in New York or LA, with just New Jersey and some cattle spread thin in the middle. The people who do live in New York and LA seem to think that's the case anyway. Coastal urbanites, Google is ready to indulge your fantasies: Google Shopping users on Manhattan Island and the western portion of Los Angeles now have access to the Express delivery service. 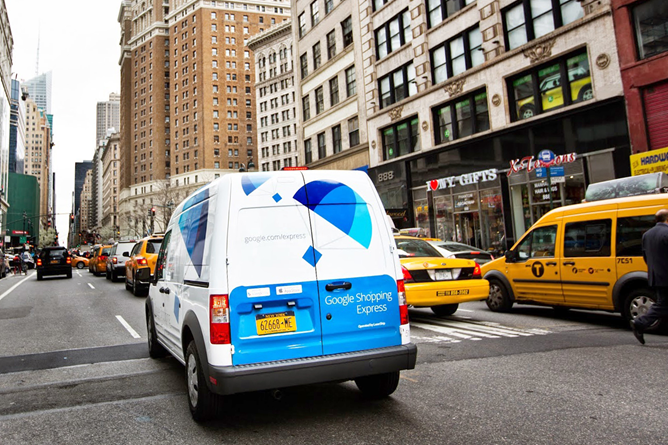 Google Shopping Express is Google's answer to Amazon's same-day delivery service, among many other small-scale shopping and retail delivery options. Before this weekend only Google's home turf of San Francisco and San Jose, California were covered by the limited service area. All of Manhattan is covered, but when Google says "West Los Angeles," they really mean "from Santa Monica to the airport." Even allowing for the relatively huge sprawl of the LA urban area, it's a pretty small chunk. 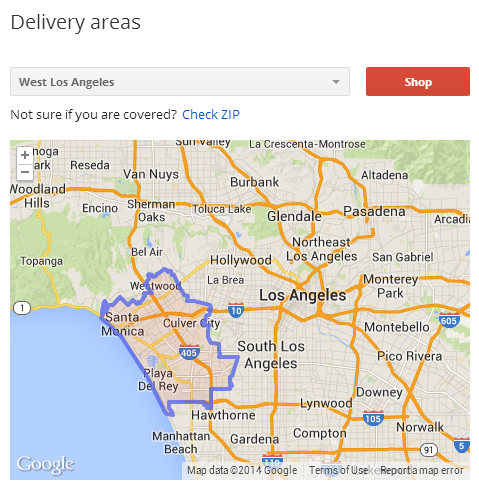 Users in the new service areas now have access to the Google Shopping Express app, same-day delivery for at least some Play Store devices, and a nifty $10 promotional offer to get you started. Google Shopping Express sells items from dozens of big-box retailers - everything from potatoes to printers - and delivers them to your door. During the initial rollout there's no delivery fee. The Express site is offering subscription-free delivery for six months, but there's no indication of how much it will cost afterward.