We review a lot of Bluetooth speakers, most of which have the same basic features. Every once in a while, however, one comes along that brings more to the table in terms of flair, or additional usage that's outside of the normal scope. The majority of portable speakers pair with your wireless device, let you change tracks and volume from a distance, might charge external devices...and that's essentially it.

Then Creative Labs made the SoundBlaster AXX 200 ($150). This thing is packed with tons of features – some I've seen before, and others I've never even thought of. So, before we get into the bulk of the review, let's take a look at everything this canister-style speaker has to offer.

Some of those easily stand out – like Super Megaphone and the emergency alarm – as highly unique. Creative clearly threw a lot into this speaker, but the question stands: was it too much? Far too often a product that tries to do too much turns out to not be very good at any one thing. That is, of course, what we aim to find out with this review. 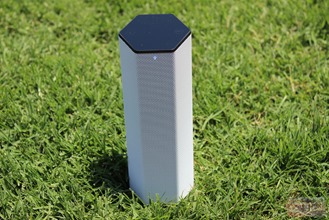 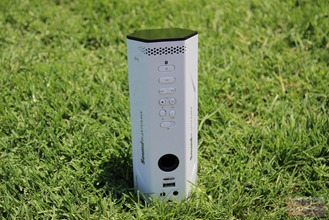 The AXX 200 is basically just another canister-style speaker, a la the Ultimate Ears BOOM. It features a hexagonal shape with a white metal speaker grille on the front. There are only two small-ish drivers found beneath the grille, which makes the sound both smaller than one would expect, and also directional. 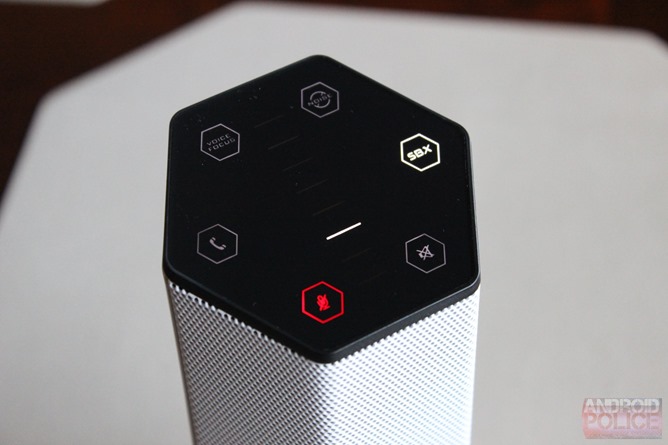 The top of the unit features a touch panel with six buttons – voice focus, noise cancelling, SBX (Creative's audio enhancing technology), mute, microphone toggle, and answer/hang up – along with a sliding volume control in the center. That's an interesting selection of buttons for the top, as some of them are for music, and others are for using the device as a speakerphone. Also, accidental taps happen easily, which is frustrating.

Around back are the unit's oversized microphone at the very top and the rest of the controls found just below: power, play/pause, track control, recording controls, microphone toggle, shuffle/repeat, and Super Megaphone. There really isn't much rhyme or reason found to the control scheme here, though most of the controls are specific to media being played from the speaker's internal microSD card slot. In other words, the track controls don't work when playing over Bluetooth, which is highly annoying. Below the buttons are the bass port, microSD card slot, full-size USB port for charging external devices, auxiliary/microphone in, headphone jack, and microUSB charging port. Also, the kitchen sink. That's there somewhere, too. 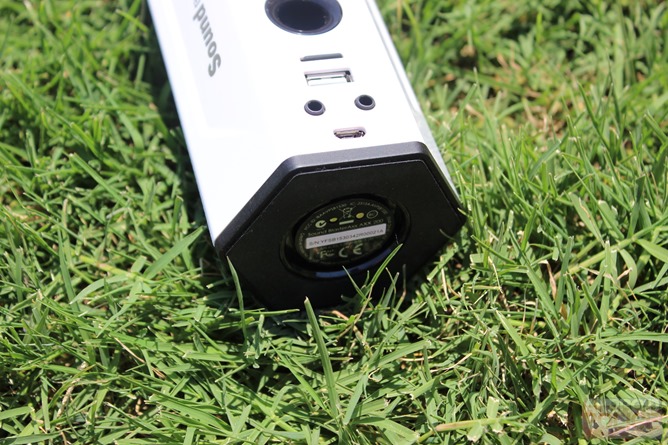 The bottom of the unit features a small two-pin port that's recessed into the body, which is for Creative's AXX 200 docking station (sold separately – $60). It can be covered by a small rubber piece (included) when not in use, so the bottom is flush for users who don't have the dock.

The overall build quality of the AXX 200 is pretty good – don't expect to use it as a weapon and it should be just fine. Everything seems to be well put together, and the unit has a very cohesive feel about it. That said, I don't feel like the AXX 200 is very rugged. A few drops probably wouldn't be very good on this, as all the materials are hard and rigid – things that can easily break (well, aside from the speaker grille, which would just dent).

Aesthetically, the AXX 200 is...just there. There's nothing groundbreaking about its appearance, and it just kind of gets out of the way. I can't really tell what Creative was going for here – it's a portable speaker, but looks more like it was meant to blend in with home décor in a very modern setting. It's not what I'd called ugly by any means, just a very uninspired design, is all.

As I said in the intro, the Creative Labs SoundBlaster AXX 200 (that's a damn mouthful) is packed with features. Some cool, others relatively useless. Let's start with the useful stuff, and move down the list from there. 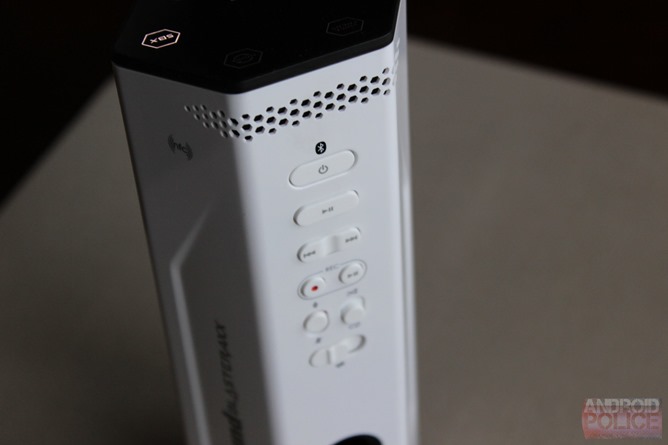 Since this is a speaker, the audio features are probably the most important, and the ones that will make the biggest impact for would-be owners in their decision-making process. There's no shortage of things the AXX 200 can handle when it comes to actually playing back audio – it features Bluetooth input, aux input, USB input, and input from a microSD card. That pretty much covers the gamut of ways most users may want to play tunes, movies, games...whatever, so that's a positive checkmark for the speaker itself. All of the above-mentioned methods work pretty well, though fumbling through music on an SD card is wonky without an actual interface to navigate. The fact that the AXX 200 has an app (several, actually) that can be used to control it and there's no sort of file browser for media stored on the SD card is a huge oversight in my opinion. The app can easily do a dozen or more useless things (which we'll get to shortly), but not allowing the user to view the contents of the microSD card found in the speaker and control the playing track? What a letdown. The only thing that can be done from within the app is change tracks and folders (both of which can be done from the speaker as well), still leaving the user to guess what's going to play next. Meh. 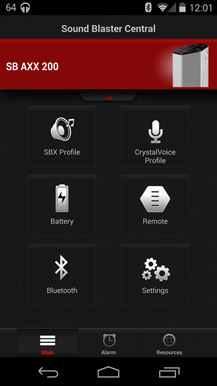 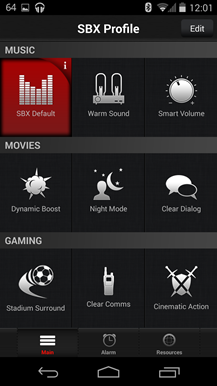 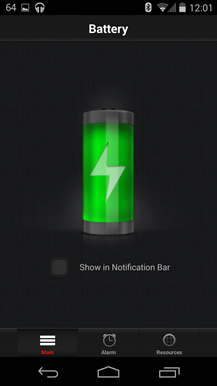 Speaking of the app(s), let's talk about that for a bit. There are four apps to go along with the Sound Blaster AXX, though one of which is just a services application that allows the others to work with the speaker. The thing is, these could've easily been combined into one app, and with all three installed, most of the features are still accessible from the "main" application. It's really convoluted a mess. The primary app, which is called Sound Blaster Central, is where the bulk of the controls are found, though it's basically just a rehash of things that can already be done from the speaker and doesn't add a whole lot in way of additional functions. It does, however, allow the users to change the SBX profile to a number of different options for varying scenarios, including specific settings for music, movies, or gaming. It also clutters the notification bar with a persistent "quick control" panel that can be used to toggle some of the speaker's features. Thankfully, this can be disabled in the app's settings menu. 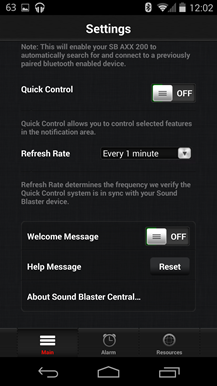 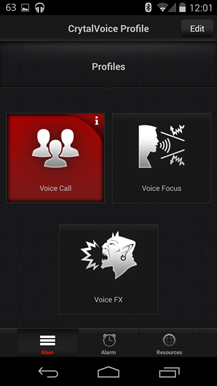 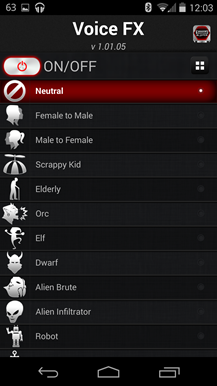 Then there are the more obscure features, like Super Megaphone. This essentially uses the speaker's microphone to turn the unit into a megaphone of sorts. With the SM enabled, you can speak through the mic to amplify your voice and send it through the speaker. It's kind of neat, I guess. Creative also touts this as a "karaoke anywhere" sort of feature, which should be a hit among any and all groups of drunkards.

But the megaphone thing doesn't end there. Remember how I said there were multiple apps? Well, one of them is called SB Voice FX, which is basically voice modulation software to transform the voice input to a number of different outputs, like orc, female to male, male to female, elderly, alien, dwarf, and several others. It's definitely a novelty feature, but it's still pretty fun. And the kids will love it. The drunkards probably will too.

There's also an alarm feature built into the AXX 200. With Super Megaphone switched on, tap the noise cancelling button twice – a crazy-loud police-esque siren will sound. To disable, tap noise twice again. I'm not sure what the point of this feature is, but I guess it could come in handy sometime for something? Maybe? I mean, I'm not sure anyone is going to grab their portable Bluetooth speaker and fumble through buttons in case of emergency, but maybe I'm alone in that opinion.

Lastly, there's the whole "this is your conference room" thing. A lot of Bluetooth speakers have built-in speakerphones, so this is nothing new, but it's something Creative has actually put some focus on with the AXX 200. In fact, it has four "HD" microphones. That's a lot. It also has a slew of noise-cancelling/voice focus features to make it a pretty damn decent speakerphone.

At this point, we should've concluded that the AXX 200 has good build quality, looks OK (but not flashy in any way), and has a butt-ton of features. All that is in vain if it doesn't sound good. Unfortunately, it's not as simple as "yep" or "nope."

The AXX 200 doesn't sound bad, per se, just...weak. It's a pretty good-sized speaker (larger than the UE BOOM, even), but it just sounds small. There's really just not much low end, which just kills the whole experience for me personally. I realize that not everyone thrives on thick lows, but I think that's clutch for essentially all musical styles. It's what makes it sound alive.

That said, the AXX 200's highs and mids are excellent. It's very clear and articulate.

Through the primary app, it's also possible to change the SBX sound profile, depending on use-case. There are different options for music, movies, and gaming, along with the ability to tweak each setting for a more custom vibe. Don't expect a lot of fluctuation here, of course, as the difference isn't really all that drastic for each setting. Nine times out of ten, I just found the generic default SBX profile to be the best option. It's the most dynamic. 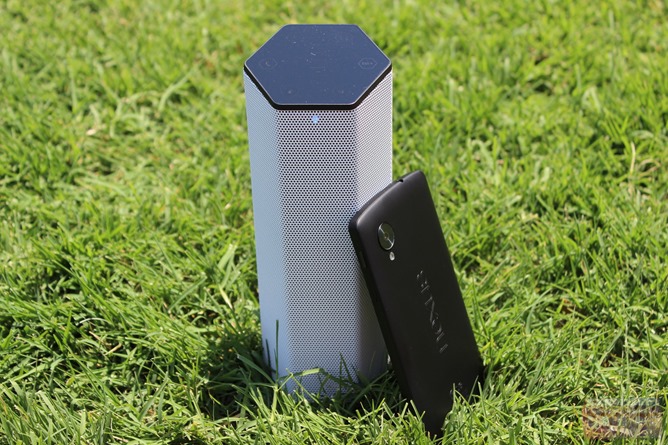 I really think the title pretty much sums it up: this speaker is eh. It's not great by any standards, but it has a lot of features and sounds OK. It's loud and clear, but lacking in low end. It's got an absolute crap-ton of features, many of which the average user will never touch. I would've really liked it had Creative actually focused more on the sound quality than adding things like voice FX or the alarm. Alas, it is what it is.

A jack of all trades, but master of none.