If you think that Samsung's "Pro" line of tablets are too expensive, you're in good company. And apparently that company includes the folks at Amazon, because they've discounted every Galaxy Tab Pro and Note Pro model by a considerable margin. They're still expensive, at least compared to other Android tablets, but they might be a little more palatable with a lower price tag. 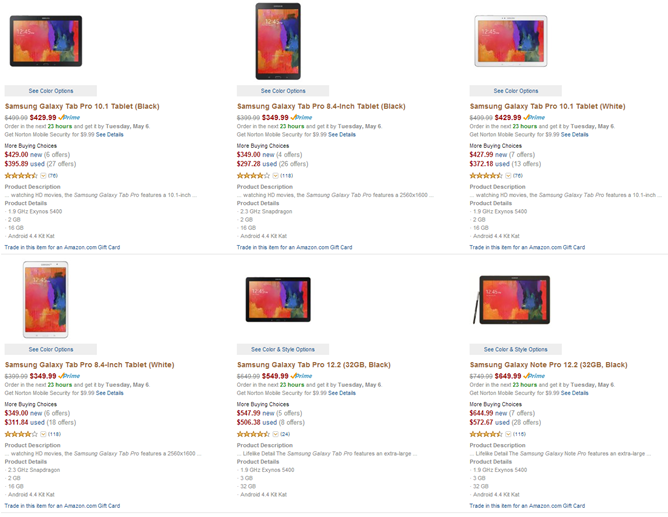 Moving into more conventional sizes, the Galaxy Tab Pro 10.1 is now $429.99 in its standard 16GB configuration, in either white or black. That's a $70 savings off the retail price of $500. And finally, the Galaxy Tab Pro 8.4 is now $349.99, $50 off, in its 16GB form. There's no telling how long Amazon will keep these prices down - they could be a temporary sale to move some stock, or a permanent reduction after low sales.

No one could say that the Samsung Pro series isn't impressive from a technical perspective - the 2560x1600 screen in the relatively compact Tab Pro 8.4 is especially impressive, and all of them come with high-end components and Android 4.4. But whether or not they're worth the extra dollars, even at these lowered prices, is up to you.