No one could accuse the team at Cyanogen of rushing anything to market. Six months after KitKat debuted, the CyanogenMod team is still perfecting its modified release for dozens of devices. The sixth snapshot or "M" build is rolling out on the buildbox right now. Custom ROM fanatics, you know what to do. 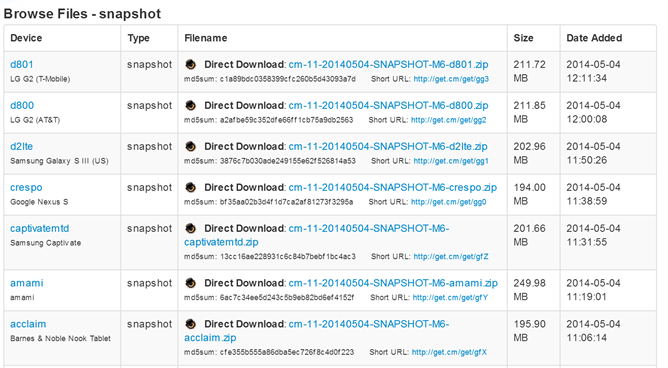 "M" builds are generally more stable than nightly builds, but still not good enough to make it to Release Candidate status. As such, not every phone and tablet that gets a nightly build will get the M6 treatment, especially if the managers are having trouble with any particular hardware or software issues. That said, CyanogenMod nightlies are usually pretty stable anyway, so the M builds tend to make an OK daily driver if you're looking for something a cut above the usual custom ROMs found on Android forums all over the net. The CyanogenMod blog hasn't commented on M6 just yet, but at this point there can't be too many kinks left to work out.

At the time of writing, only a dozen or so devices have been updated with CM 11 M6 - CyanogenMod's automated buildbox releases in alphabetical order by codename. If you want access to the Google Play Store and other Google apps, get the Gapps ZIP file as well. Remember to keep a backup handy, and happy flashing. We'll update this post if the CyanogenMod team posts the changelog.

Update: and here's the changelog.